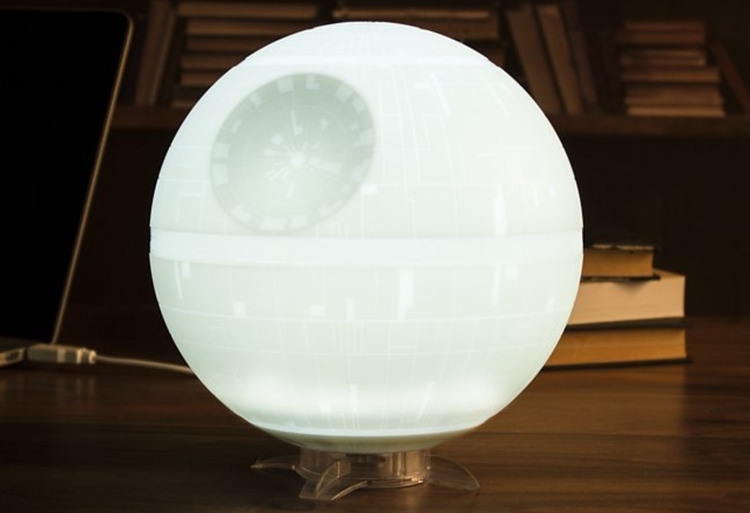 No, the Death Star Mood Light isn’t as big as the moon, nor is it equipped with a planet-destroying super laser. What it will do, however, is illuminate a small area of a room, filling it with its soothing, yet secretly ominous, glow.

A desk lamp clad in the form of the Galactic Empire’s colossal battlestation, it’s a detailed recreation that scales down the war machine in all its glory. Well, except the planet-obliterating laser part. In its place, though, is a beautiful soft light that should brighten up the mood, whether in your home office desk, the bedside, or the dingy basement where the girlfriend moved all your Star Wars toys. 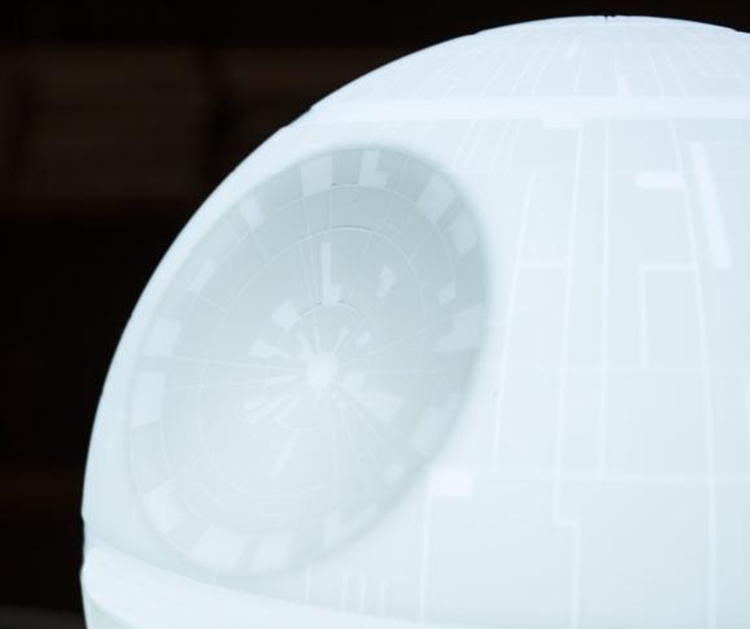 The Death Star Mood Light measures 19 inches in diameter, a far cry from the moon-sized superweapon, but still quite the presence on any desk or shelf. Switched on with a single tap on any part of the surface and powered from a single USB port, it’s ideal for showing off in an office cubicle, along with the rest of your favorite desktop toys. It features a textured and tactile surface that lets you feel all the bumps and crevices on the moon-shaped battlestation, complete with detailed markings that are visible both when the lights are on or off. They even throw in a transparent stand, so in the right setting, the darn thing could look like it’s floating in space.

Available now, the Death Star Mood Light is priced at £19.99.