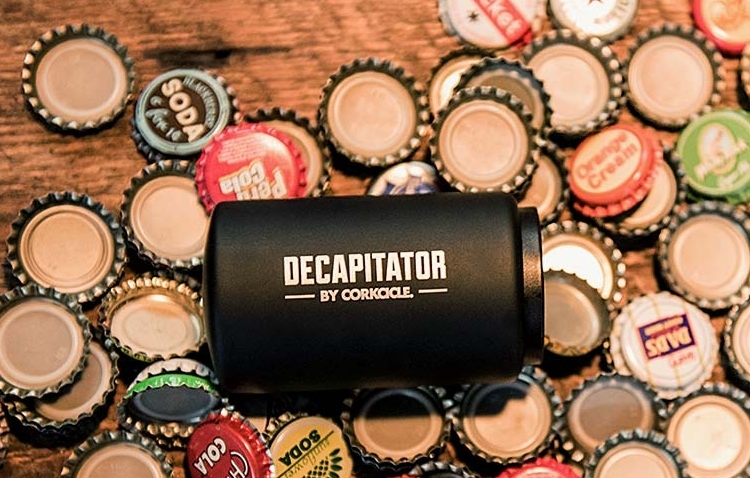 Made by the same geniuses behind the Corkcicle, it’s no ordinary bottle opener, as it requires no twisting of the wrist or steadying the bottle in order to rip the crowns on top of your beer. Instead, you simply set it on top of the bottle, push down, and, like magic, the poor sap is beheaded, making for effortless and super-fast cap-popping action. 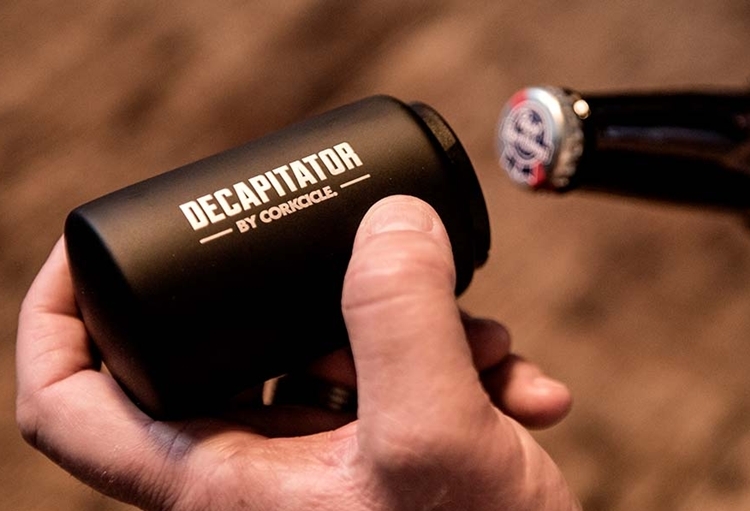 The Decapitator accomplishes the magic using a system of internal springs and levers that are activated every time it’s pushed down, banishing the need to apply lot of effort to pry the cap off its place. Even better, the crown won’t just fall off after it’s been relieved of its hold, with the integrated magnets ensuring it sticks to the bottom of the Decapitator, so you can chuck it in the bin, instead of littering the floor. Construction is stainless steel, with a matte black finish that’s sure to strike fear in the hearts of every bottle of soda, beer, and other carbonated drinks in the fridge. 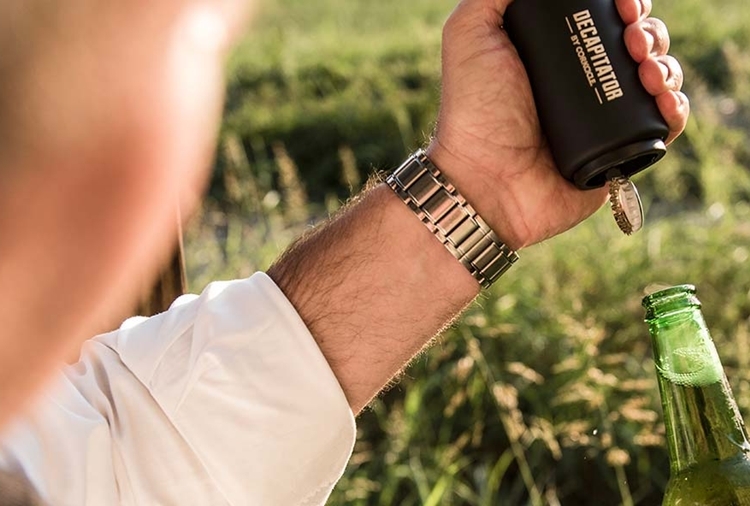 Available now, the Decapitator retails for $19.95.