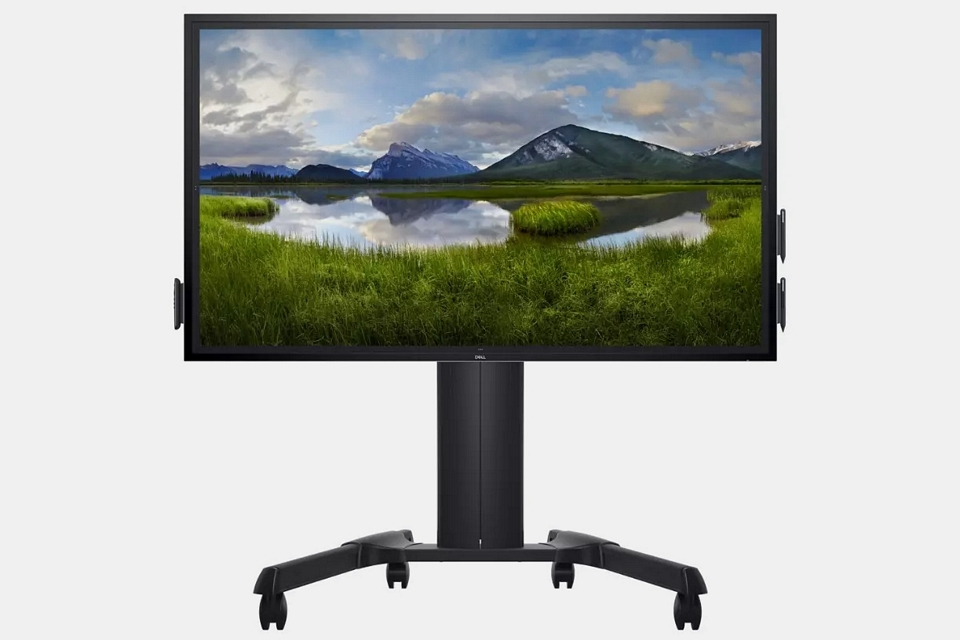 Given the choice between a whiteboard and a large wall-mounted all-in-one computer, most people we know will still opt for the traditional boardroom panel, especially with modern tools like the Rocketboard making it easy to digitize them with the help of a smartphone. Still, adding a large touchscreen display to the boardroom can help with a whole lot of other things, from showing graphical models and detailed charts to real-time collaborations and video chats with colleagues out of the office. The Dell 75 4K Interactive Touch Monitor is designed for those applications.

That’s right, it’s a 75-inch touchscreen monitor designed for the boardroom, so you can take advantage of modern technologies during meetings at the office. No need to turn out the lights and bring out the projector – just roll it into the room and use it to augment your discussions in any way it can help. 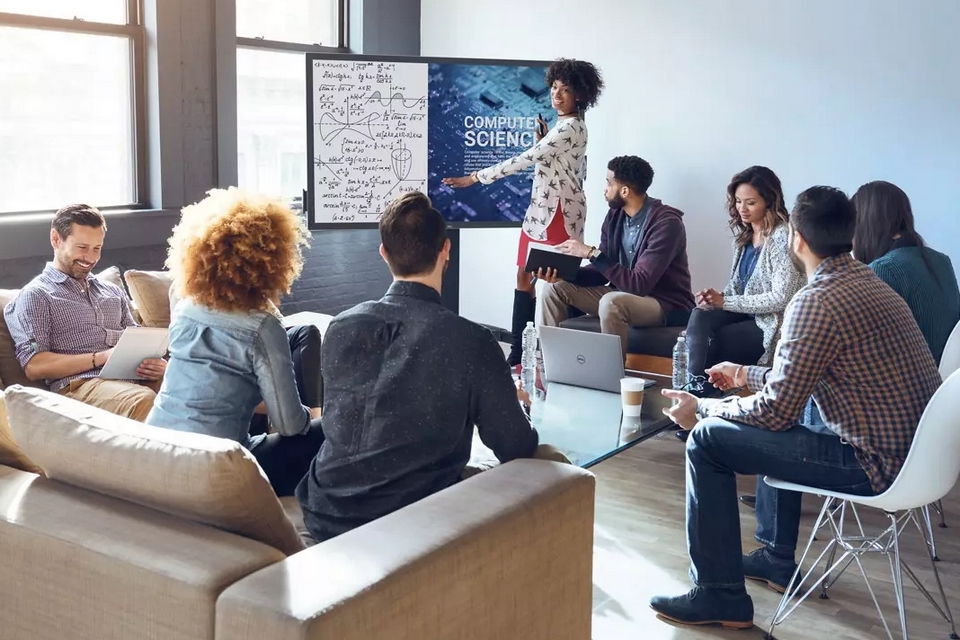 Unlike most large-display office solutions, the Dell 75 4K Interactive Touch Monitor isn’t an all-in-one computer. Instead, it’s just a monitor, so you’ll have to hook it up to a nearby PC to actually do anything with it. Dell is actually offering an option to pair with one of their Optiplex Micro Desktops, which can be integrated into a compartment on the monitor to give it a seamless appearance. We’re not actually sure where that section is, but we imagine it’s somewhere in the back to keep the whole thing looking streamlined.

It has a 20-point touchscreen that allows multiple people to use it at the same time, making it easy for people in the room to collaborate on a single canvas, all while responding to fingers, palms, and stylus pens alike, so you can use whatever tool you find most comfortable. According to Dell, you can even erase what you’ve written onscreen using your palm (it has anti-smudge coating), essentially turning your hand into a whiteboard eraser. It ships with Flat Frog Whiteboard, which turns the monitor into a functional digital whiteboard, in case you’ve decided to use it as a permanent replacement for the traditional board room staple. 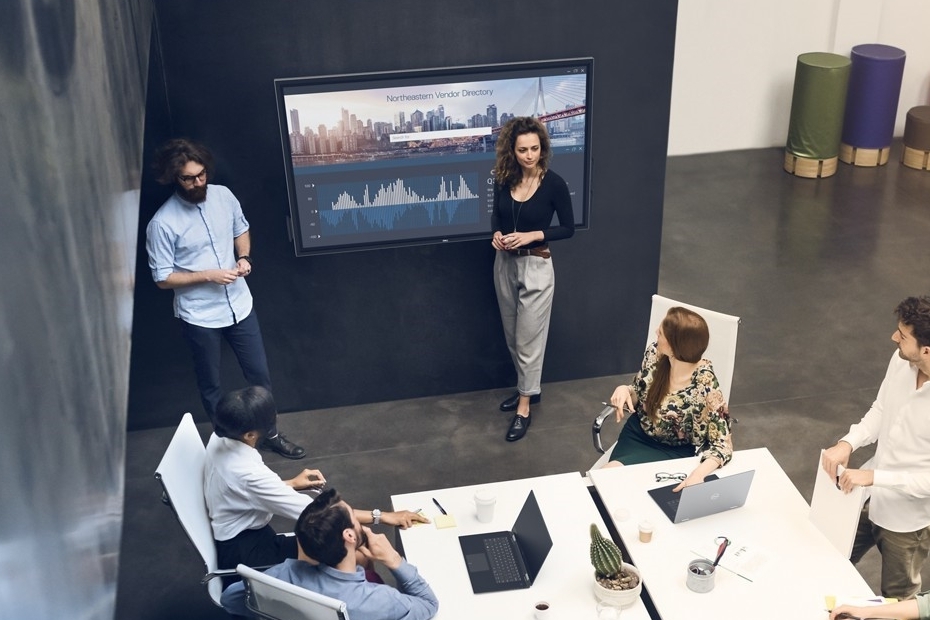 According to the outfit, the Dell 75 4K Interactive Touch Monitor can display fonts sharply anywhere in the room, allowing everyone to read what’s written onscreen at any time, while anti-glare coating ensures the screen can viewed clearly, whether the room is illuminated by fluorescent lighting or sunlight out of a nearby window. It’s an IPS panel, too, so this should have a wide viewing angle, so you can see whatever’s onscreen, regardless of where you’re sitting in the room. 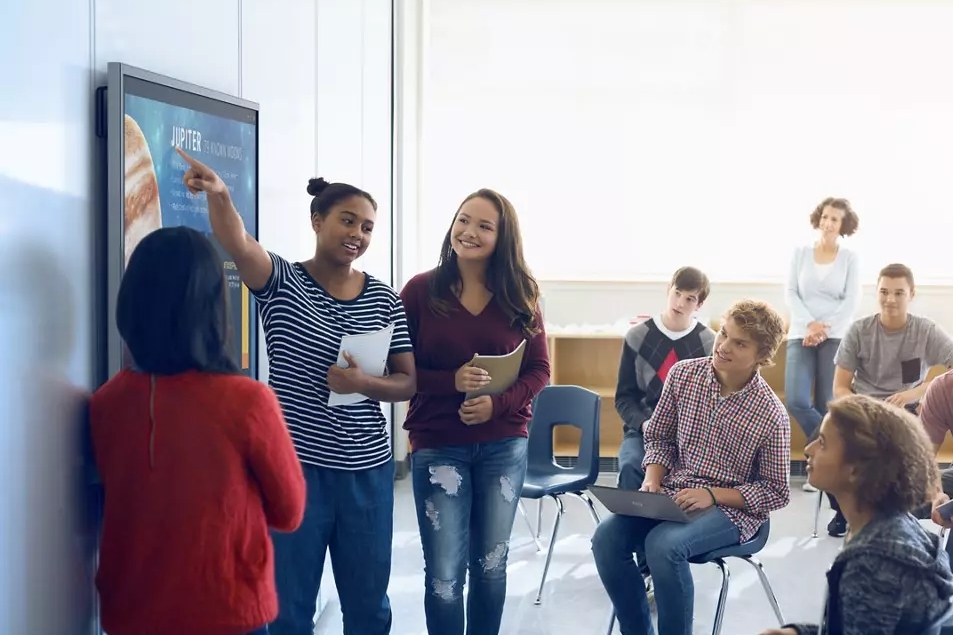 It comes with two custom mounting options: either on the wall or on a stand. Both are equipped with a feature Dell is calling Screen Drop technology that raises or lowers the monitor by pressing buttons on the side of the display, making it easily usable, regardless of the user’s height. Company personnel can manage the display remotely via the built-in RS232, RJ45, and HDMI CEC connectivity.