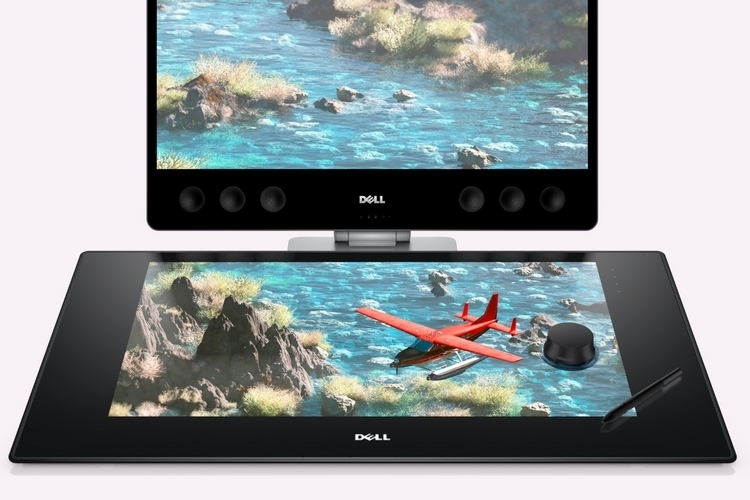 Microsoft’s Surface Studio is awesome and all, but spending upwards of another $3,000 just to get access to its giant drawing display isn’t really a justifiable purchase for most individuals. What you really need is just an equally large touchscreen display that can piggyback on your current laptop or desktop for processing power. That’s exactly what you’re getting with the Dell Canvas.

Granted, it’s not exactly cheap either at $1,799, but at over a grand less than Microsoft’s monster tablet, it’s definitely more accessible to a larger section of consumers. Suffice to say, this brings it down enough that the average person might find it reasonable enough to invest in for personal use. 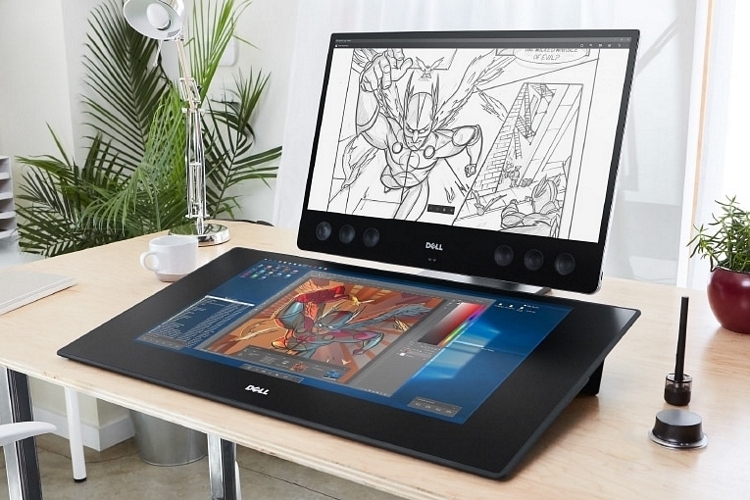 The Dell Canvas has a 27-inch touchscreen panel with a quad-HD resolution (2,560 x 1,440 pixels), so it’s not quite as sharp as Microsoft’s 4,500 x 3,500 Surface Studio. Just like Microsoft’s giant tablet, it’s designed for horizontal placement on the desk, with built-in risers positioning it at a 10-degree angle similar to a traditional drafting table. An optional stand allows you to prop it up at various angles from nine degrees up to 80 degrees for a whole range of uses.

According to Dell, the drawing tablet has an LCD panel that’s directly bonded to the anti-glare Corning Gorilla Glass. This setup supposedly eliminates any lag between pen and screen, making the whole experience as close as possible to sketching using pen-and-paper. As you probably noticed, the darn thing has giant bezels – an intentional design element to give artists a place to rest their wrists and palms while drawing without further smudging the screen. The bezels are big enough, by the way, that you’ll probably be tempted to place your donuts and coffee mug on it, but it would probably a smart idea to avoid that if you can. 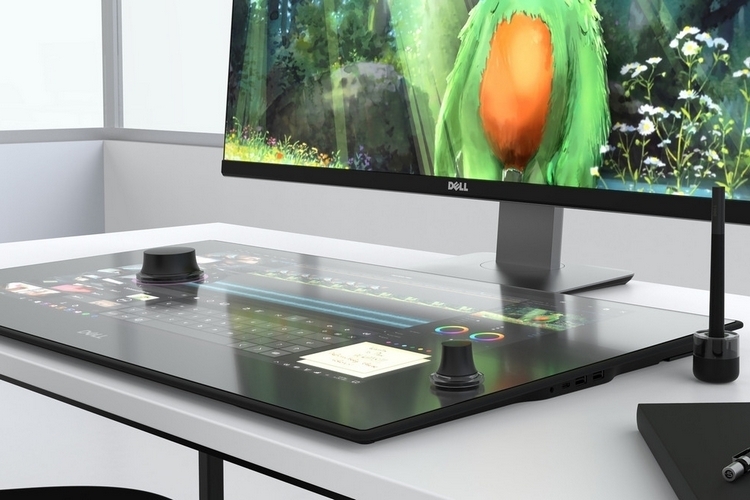 Since it’s a drawing gadget, the Dell Canvas comes with a pressure-sensitive digital pen that;s designed for precision pen-to-paper performance, with swappable pen tips that enable a variety of textures by simulating different resistance profiles. When not in use, the pen is designed to magnetically snap onto the bezel, allowing you to keep it nearby within reach at all times.

Remember Microsoft’s Surface Dial, which allowed users to quickly access shortcuts, tools, controls, and program elements while you handled the pen using your other hand? Well, this one’s got a similar accessory called the Totem, up to two of which can be used simultaneously for more creative ways of interacting with your applications.

Since the Canvas is, essentially, nothing more than an oversized touchscreen monitor, it should be compatible with any modern computer system, allowing you to hook it up to any laptop or desktop you have at home or in the office.  Do note, the darn thing is designed to work with Windows 10 Creators Update, so there’s a good chance you can only enjoy the full feature set when it’s paired with a computer running the platform’s most recent update.

The Dell Canvas is available now.