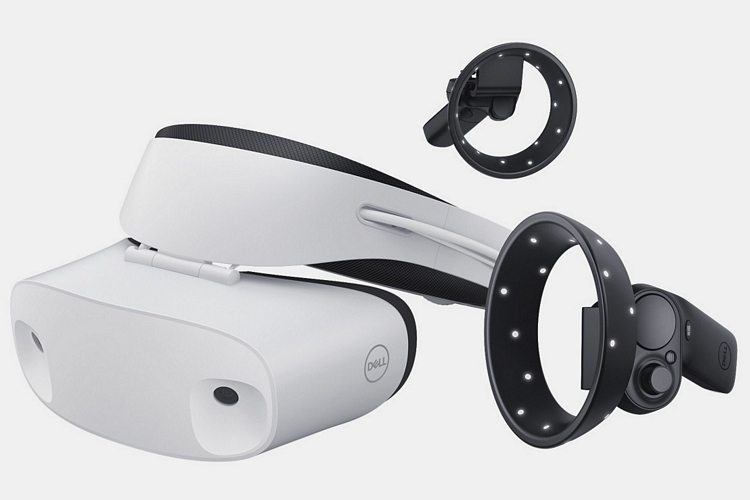 When Microsoft first unveiled the HoloLens two years ago, we weren’t exactly sure where the platform was going to be headed. Last year, we found out with the announcement of the Windows Mixed Reality Platform, which opens up the technology to third-party hardware makers. The Dell Visor is a new headset that takes advantage of that program, integrating Microsoft’s Hololens technology to bring VR to consumers at more affordable price points.

Similar to today’s crop of head-mounted displays, the device combines a headset housing LCD panels and a headband, so you can watch visual content in an immersive manner without using up your hands. It looks way more comfortable than many designs we’ve seen, too, with a design that looks very thoughtfully put together. 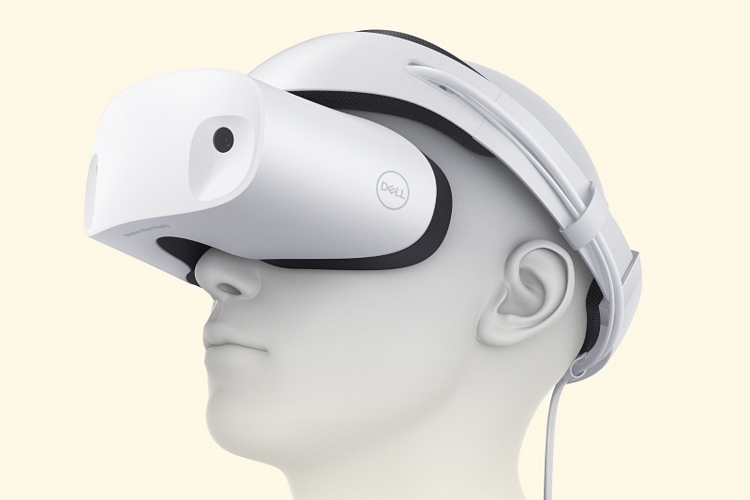 The Dell Visor comes uses two LCD panels to handle the visuals, each one with a resolution of 1440 x 1440 pixels, so this should provide a suitably sharp viewing experience. Similar to the HoloLens, it comes sporting forward-facing cameras in front of the headset to enable tracking without any additional sensors, as is required by headsets like the HTC Vive and Oculus Rift. Sadly, it doesn’t use the camera for augmented reality applications (at least, not as far as we know), so this is strictly for virtual reality uses.

As far as ergonomics go, the headset comes with a well-designed build, as Dell intends it to be used for extended periods of time. For instance, the headset actually has a hinged connection to the headband, allowing you to easily flip it up in order to check back into the real world. That’s right, you won’t need to remove the headset completely to take a quick break, all while requiring you to simply flip it back down to return to whatever content you’re currently enjoying.

All components of the Dell Visor that touches the face comes heavily padded, so it should wear comfortably while strapped across your face. We also like the position of the headband, which goes on top of the forehead rather than across the eye line – a position that should help remove pressure on the bridge of the noise, enabling a more comfortable viewing experience. According to Dell, it was designed so that there’s room for your nose and your eyes to receive air circulation, so you can wear it for a few hours straight without being overwhelmed.

The headset can be worn even with glasses on, so those with less than 20/20 vision should have no problems with its use. All the wires and cables are routed securely to the back of the headset, too, so there’s minimal chances of tripping on any dangling items. It’s designed to be paired with Dell’s Visor Controllers, which offer six-degrees of freedom of movement to track a good load of your physical actions.

The Dell Visor is slated to come out in October, although preorders will begin later this month. Price is $349.99 for the headset and $449.99 for the full Visor set (headset and two controllers).