How To Make Your Own DeLorean Time Circuit Clock 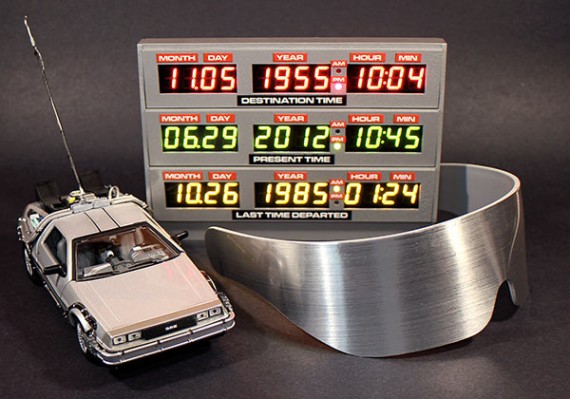 You’ve already bought a restored DeLorean to live out your Back to the Future fantasies.  Now comes the painstaking process of really making it look like Marty McFly’s time-traveling ride.  This should be your next project: a replica DeLorean Time Circuit Clock.

Made by Adafruit, the clock isn’t an officially-licensed merchandise, so you can’t buy one pre-built and pre-packaged like other Back to the Future stuff.  Instead, they show you a step-by-step version of how to build the same rig using supplies available from the Adafruit store, so if you can free up some time in the weekend, it should make for an easy enough project to bring your DeLorean just that much closer into becoming an actual time machine. 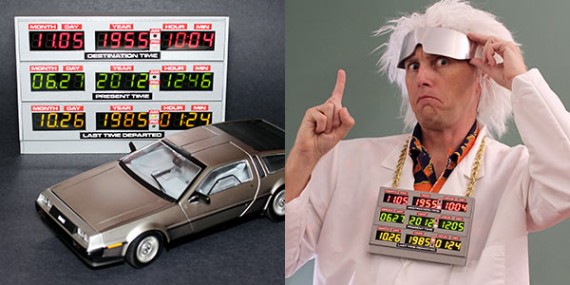 Like many of Adafruit’s projects, the DeLorean Time Circuit Clock uses a bunch of popular electronic stock parts that should make the process a lot easier than building your own from scratch.  It’s not an exact replica (since they limited themselves to parts they can literally get off their shelves), but it sure looks good enough for people to recognize the source movie immediately.  Parts used include nine LED displays, a Teensy microcontroller board and a laser-cut acrylic case.  It runs off three AA cells.

Intended as a one-off piece put together quickly as a proof of concept, the clock is really just a clock — you can’t even program it to show different times and dates (the destination time and last time departed are fixed to mirror the same ones in the movie).  If you have a predilection for tinkering, you may want to play around with adding a keypad into the mix just to make it a lot more realistic while it sits on your DeLorean’s dashboard.

Hit up the source link below to see detailed instructions for building your own DeLorean Time Circuit Clock.