DemerBox Puts A Bluetooth Speaker Inside A Pelican Camera Case 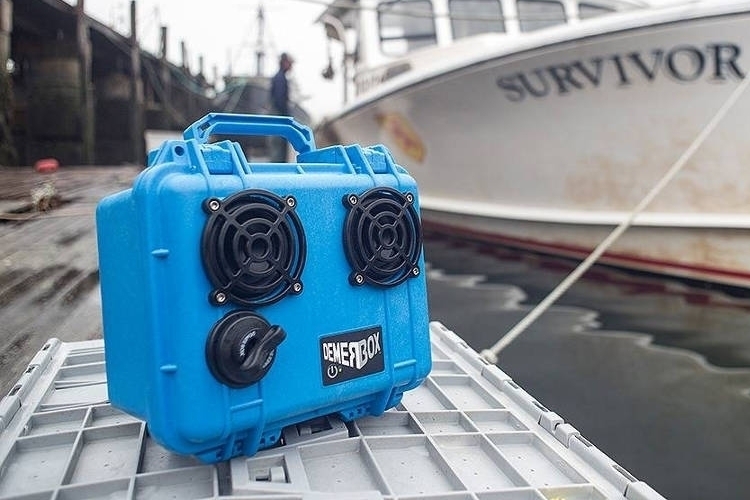 Pelican cases are awesome for housing stuff you want to protect from the elements. That’s why people frequently use it to carry watches, jewelry, and similar high-priced items when they’re going on the road. We guess that’s also why DemerBox uses them to build their portable Bluetooth speakers.

That’s right, this outfit uses Pelican cases to serve as their speaker cabinets, ensuring you can drop it, bang it, or expose it to wet weather without having it quit from playing your tunes. Whether you’re hitting the backcountry, the beach, or just the local stadium parking lot, this thing will keep your music pumping no matter how rowdy the party gets and whatever challenges the elements bring. 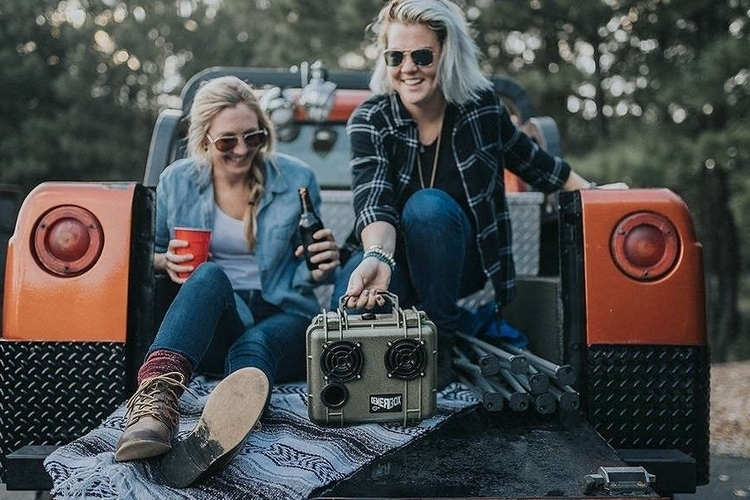 The DemerBox is built on a Pelican 1300 case, a popular model frequently used to carry and protect camera bodies and lenses. Instead of holding camera gear, the case has been modified to house hardware for a Bluetooth speaker, with the exterior sporting grills and a port cap, essentially turning the case into the indestructible and impenetrable cabinet of a modern boombox. Designed for portable use, the entire thing measures 10.6 x 9.7 x 6.9 inches and weighs 5.4 pounds, with the case’s top handle making it extremely convenient to carry.

Inside, the speaker houses two three-inch aluminum cone drivers, which produce crisp sound with a powerful bass that, the outfit claims, will prompt even the “pickiest audiophiles” to sing its praises. No, it won’t be filling the air with a booming sound the way an aftermarket stereo system blasting from the back of your car would, but it’s 11-watt per channel RMS is definitely loud enough (96 decibels at one foot) to make sure your music is heard even in a noisy environment like a crowded tailgate party. To put it simply, this isn’t no ordinary portable speaker. 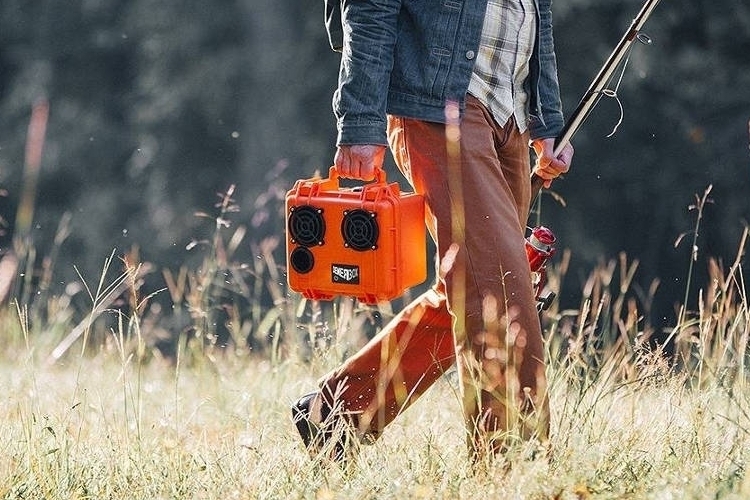 Know how most portable speakers get a lot of praise when they can last for the better part of day? Well, the DemerBox can do those better, as the darn thing has a battery rated at 50 hours of playback in a single charge. Yep, that’s two days and change. Even better, charging it from empty to full takes just four hours, so you can get back to playing your music after a short while of plugging in. Since the battery life is so long, they even threw in a USB port, so you can charge your phone, in case it needs a quick hit of juice. 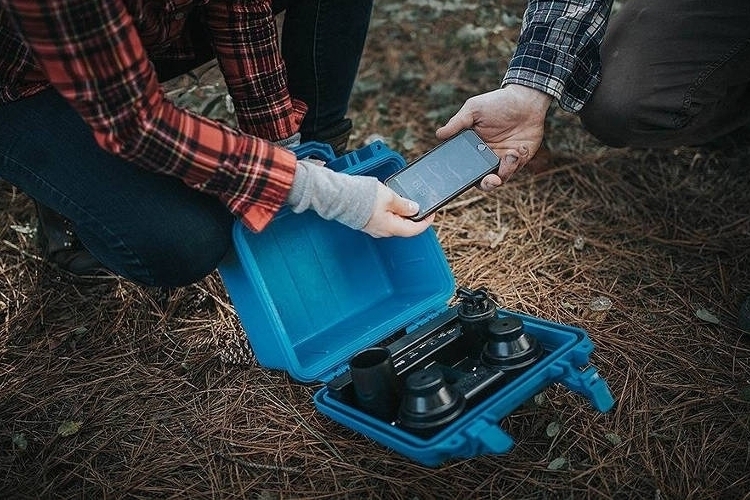 Other features include a Bluetooth range of 100 feet, a 3.5mm audio jack for tethered playback, and a removable port plug to ensure it’s impenetrable to water. And, yes, the case can be opened like any Pelican case, with enough extra room inside to stash small items. According to the outfit, the space can actually fit half a dozen donuts without squishing them, so you can probably keep your wallet, sunglasses, and other EDC stuff in there without any problem.

Want one? The Demerbox is available in a variety of colors. 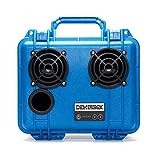