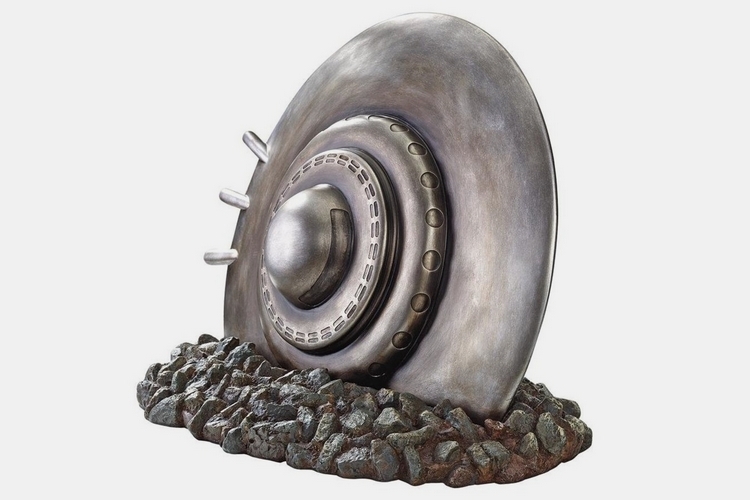 When decorating your backyard, there are different ways you can go. You can go classic by making it feel like a rustic outdoor setting or you can go colorful to make the space feel livelier. You can put on lots of furniture to give it a more welcoming vibe or fill it with lots of plants to turn the backyard into your own veritable jungle. Being the UFO conspiracy nuts we are, the Design Toscano Crash Landing Flying Saucer Alien Statue is exactly the aesthetic we’ve envisioned for our own small patch of the world.

Yes, it’s a crashed alien spaceship that you can put anywhere in your backyard, allowing you to turn your home’s outdoor space into a reenactment of Roswell, New Mexico. That’s right, this thing lets you turn your backyard into an alien crash site, which should make the space just a little more exciting compared to littering it with garden gnomes, flamingo statues, and whatever else they sell over at the local Home Depot. 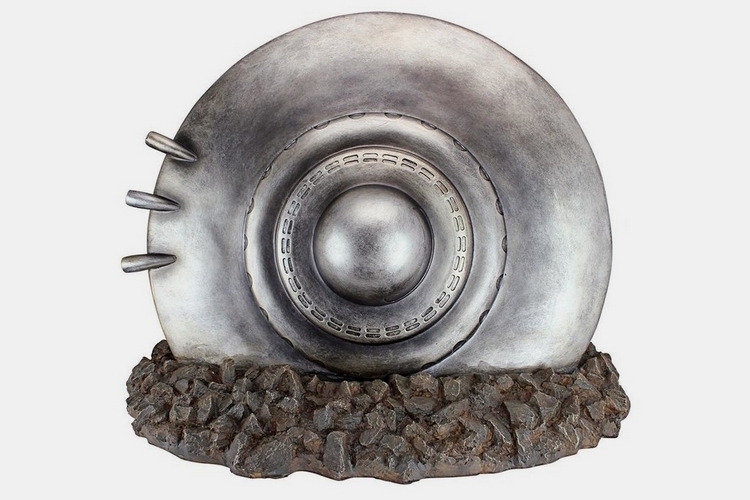 The Design Toscano Crash Landing Flying Saucer Alien Statue is a decorative outdoor figure that depicts a miniature UFO (or UAP, if you want to use the Pentagon’s nomenclature) in a crashed position, making it look like the darn thing had a malfunction, fell from the sky, and plowed right on your backyard grounds. It crashed so bad, in fact, it landed on its side, causing it to dig through the ground like a Frisbee that’s been stuck on the sand.

Does it look like an actual spacecraft? We don’t know. It does, however, look like those flying saucers they’ve been using in sci-fi movies since the last century, so people who see it lodged in your backyard will immediately recognize it as a crashed spaceship . Sadly, the spacecraft is empty, with no signs of alien life either in the cockpit or anywhere in its immediate vicinity, so while you can pretend you have a UFO in the backyard, you’re still bereft of the presence of any actual alien life. 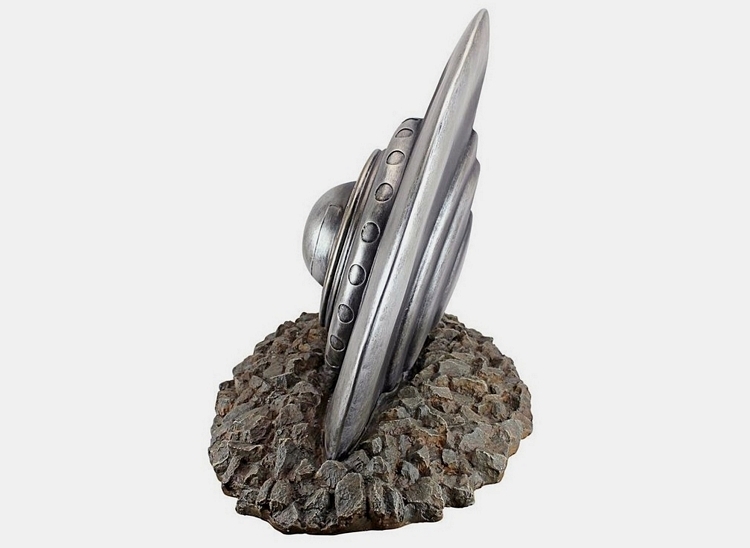 The Design Toscano Crash Landing Flying Saucer Alien Statue isn’t a big statue, by the way. Instead, it measures just 30 x 25 x 19 inches (width x height x depth), so it looks more like a giant Frisbee than an intergalactic visitor intent on kidnapping your neighbors and giving them one of those nasty probes. Yes, that kind of probe. Of course, given how small the aircraft is, its occupants are likely to be even smaller, so this is hardly intimidating. Seriously, if aliens were really this small, we might have a chance of keeping out an invasion, after all. 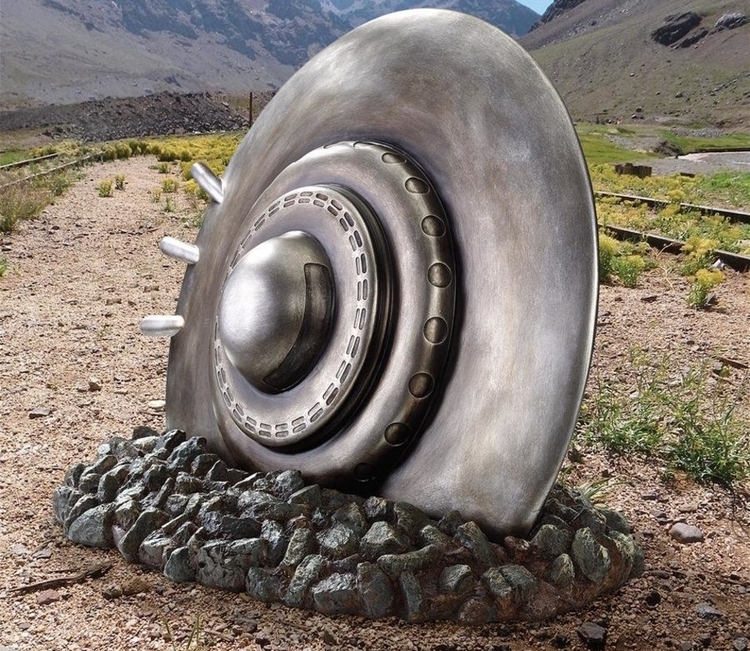 Sadly, the spacecraft isn’t made from extraterrestrial metal. Heck, it’s not even made from earthly metal. Instead, the whole thing is clad in designer resin, from every detail of the spacecraft to the rocks and soil that its sides are dug into. It does get hand-painted, too, which is why they’re able to decorate it with a fair amount of detail.