Robot Vacuum Cleans The Crumbs Off Your Tables 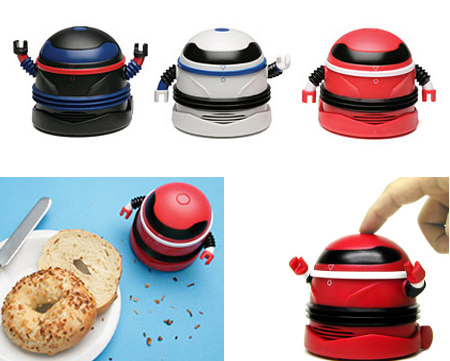 Getting a Roomba to dust and clean your floors is cool and all.  But what about the dirty mess you leave on your desk after you spend the day munching on chips and chocolate bars while finishing up your work?  Tidy it up with this: the crumb-collecting Robot Vacuum.

About the size of a regular coffee mug, the robot will make its way around your tables, picking all the tiny bits of food that fall off while you stuff your face silly.   Sure, it’s nowhere near as smart as an iRobot Vacuum or a Neato (in fact, it’s pretty stupid so you’ll have to supervise it), but it can successfully clean where neither of those two can, such as desks, coffee tables, counter tops and shelves. 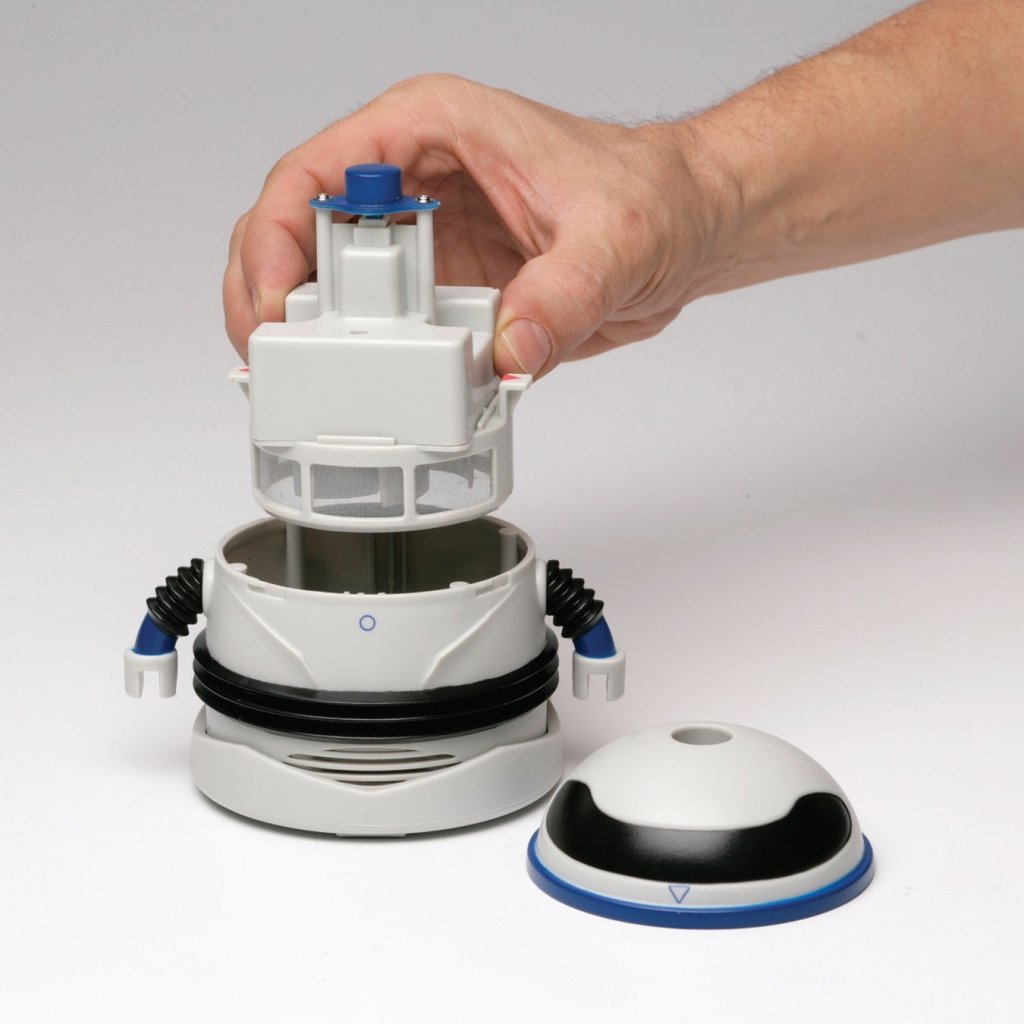 The Robot Vacuum is a cute little automaton with a domed head, two hands and no feet.  A power button sits at the top of its skull — one press and it gets to work instantly.  Since this is a dumb robot that runs on a straight course, you’ll have to turn it occasionally in order to clean the full surface area.  We doubt it’s that much of a bother, though, considering you can probably get a desk rid of food crumbs in a minute or so.

Now, if only these guys can get in between that space on the keyboard, they’ll be awesome.  As it is, though, they’re charming little helpers that easily double as cute desktop toys when not in use.

You can buy the crumb-sucking, food-collecting Robot Vacuum in three colors — black, white or red.  It’s available now, priced at $14.26.