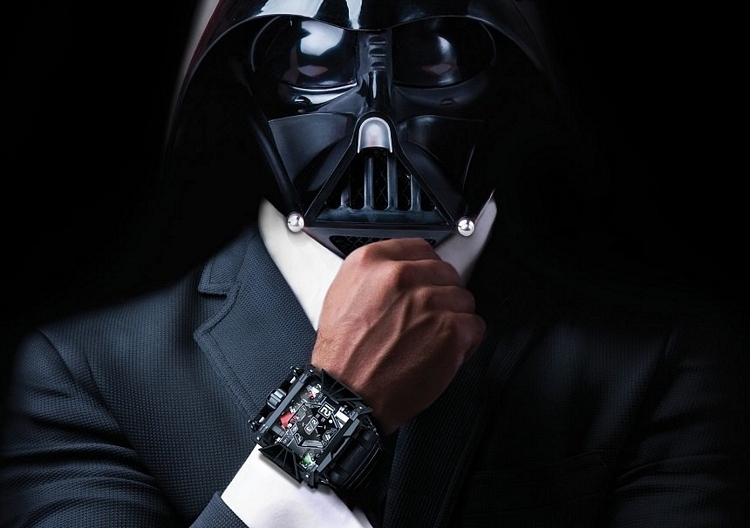 Even if they can afford it, you won’t find a lot of people willing to wear large and ostentatious luxury timepieces like those that MB&F makes. Same holds true for grown people and Star Wars watches, which tend to be items relegated to persons much younger in years. Finding people that belong in those two already-narrow cross-sections of society should be even tougher, but we imagine that’s exactly the target demographic for the Devon Star Wars Watch.

That’s right, it’s a luxury grown-up watch cast in a Star Wars theme. More specifically, it’s Devon’s Tread 1 model, dressed up in Darth Vader-inspired livery, so it looks like a standard issue equipment for Empire forces in their quest to crush the Rebel Alliance. Or something like that. 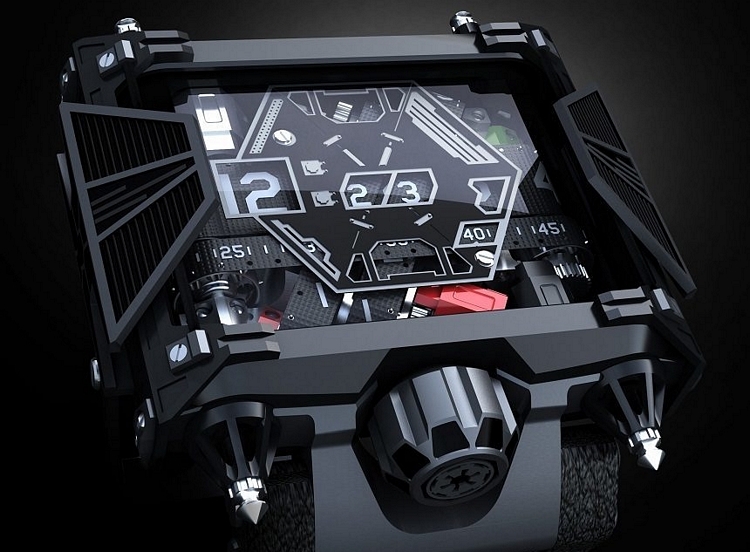 The Devon Star Wars Watch uses the company’s tread-based time-telling system, which uses numbers on rotating belts to indicate the time, powered by a complex machinery behind the scenes. How complex? Well, it comes with 350 individual parts, four time belts, four microstep motors, and 313 electrical contacts, all housed inside the stainless steel case with a diamond-like true black coating and scratch-resistant polycarbonate lens. It uses a rechargeable battery that can power for up to two weeks on a single charge. 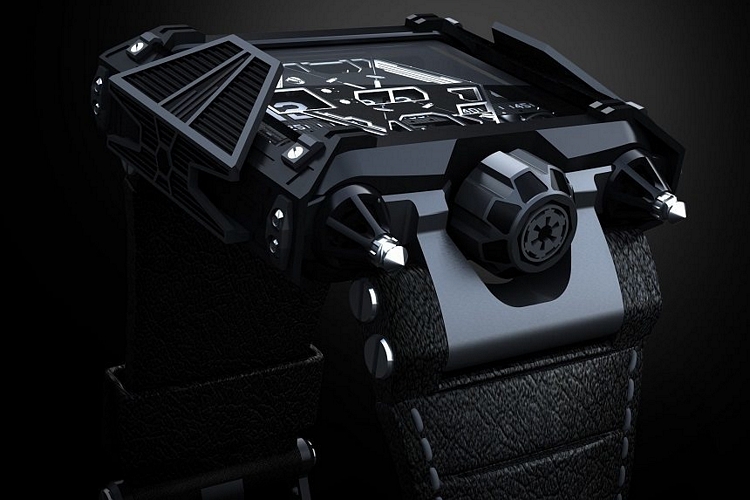 As impressive as it is, though, anyone who buys this will do so based on the Star Wars elements, of which there are plenty. For one, it’s overwhelmingly black, with gray accents, light-gray indicators, and red-and-green motor covers that resemble the switches on the Sith Lord’s chest console. The case flanks, on the other hand, are clipped right out of the wings of a TIE Fighter, with the oversized crown sporting the Imperial logo. It has main screws that look like turbine intakes, mimicking the spikes on the bottom of the grilles on Anakin’s helmet, as well as a leather strap that borrows design elements from Vader’s glove.