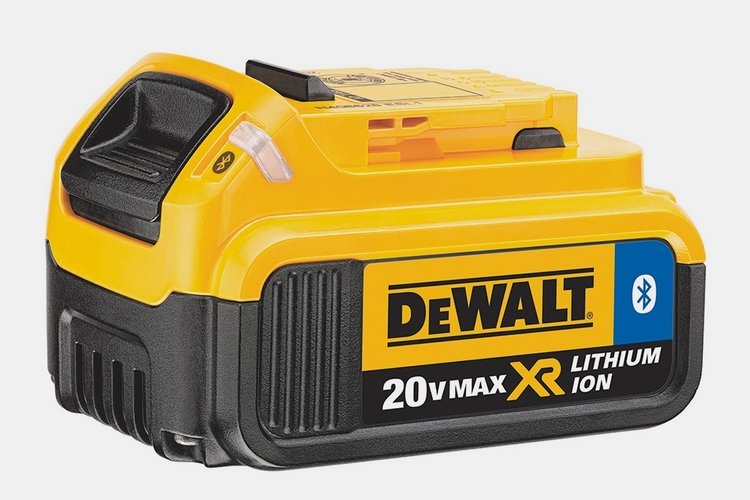 If you keep both kids and power tools in the house, there’s a good chance the former will want to sneak in the garage to play with the latter. And that can lead to accidents. While you can be vigilant and put away the batteries after you use them, chances are, you aren’t that vigilant. The Dewalt 20V MAX Bluetooth batteries might offer a safer solution.

Armed with a Bluetooth chip, the batteries are designed to disengage as soon as your phone is out of range, ensuring no one can switch on the tools even when it’s right in front of them. That way, you don’t worry about anyone stumbling into your workshop or garage, doing dastardly things with your gear, since those things won’t even be functional during the times you are nowhere in sight.

The Dewalt 20V MAX Bluetooth comes in 2.0 Amp and 4.0 Amp versions, both of them using Premium XR lithium ion packs, which boast higher capacity than traditional batteries. Each one’s compatible with any tool in the Dewalt 20V line, so you can just swap a new one on a tool as soon as its juice runs out. When your phone is within range of the Bluetooth signal, the battery can pair with an accompanying app, where you can keep an eye on charge levels and disable batteries, in case you want them switched off even when you’re at home.

Dewalt appears to be promoting the feature as a theft-deterrent, although I don’t really see non-working batteries stopping anyone from stealing a tool all the same. If you’d like to restrict access to your tools, however, this thing should do the trick nicely.

Slated for availability in July, the Dewalt 20V MAX Bluetooth will retail for $99 and $139 for the 2.0 and 4.0 Amp versions, respectively.