DFP Kayak Lets You Stand And Fish Without Capsizing 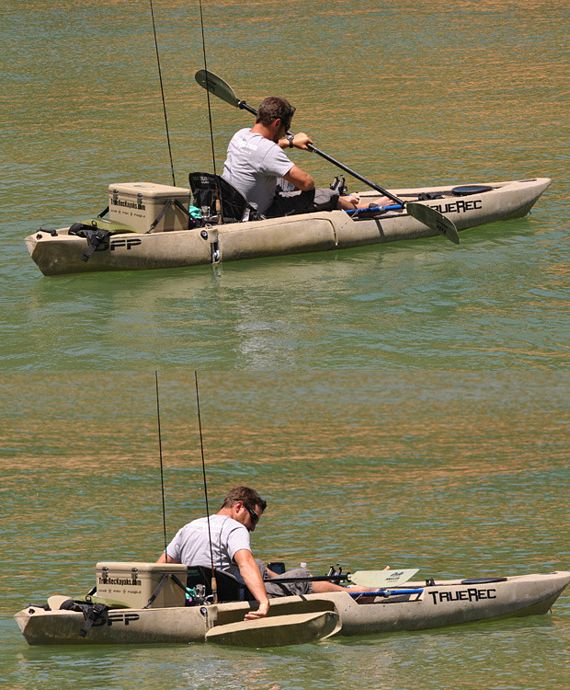 Kayaks aren’t usually the type of boats you bring along when fishing or diving — while they’re great for paddling down a lake, they’re likely to capsize if you try to stand and do other things while in the water.  The DFP Kayak changes that.

Short for Dive-Fish-Paddle, the DFP is a sit-on-top kayak that will maintain stability even while you stand, fish and do the Harlem Shake in the middle of the lake.  They’re calling it “the most versatile, multi-functional kayak around,” extending the humble boat’s use to well beyond a leisurely row. 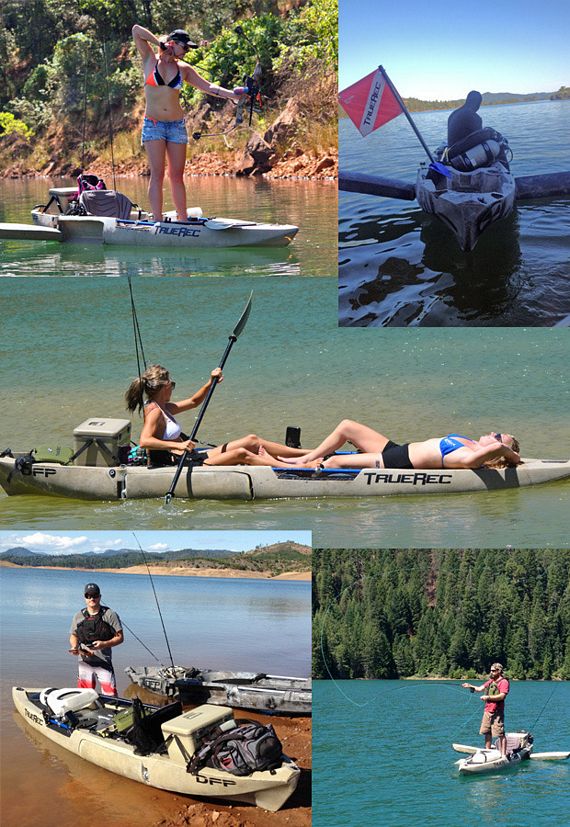 The DFP uses a pair of spring-loaded pontoons that can fold out of the sides and lock in place, allowing you to stand and fish on a stable platform.  When you need to get the boat moving, just fold them back into the recesses along the hull and you can row with the same water-cutting form of a regular kayak, adding no drag whatsoever.  With a swept nose and keel front bow design, it can ride capably in both calm and moderate water, so you can take it to lakes, rivers and oceans with equally good performance.  It measures 13 x 2.66 feet (l x w) and weighs 75 pounds, with the ability to support up to 450 pounds of weight.

Unlike most kayaks, this offers up several functional storage areas, namely a center hatch compartment, a cavity in the tank, a rear cargo area, two built-in cup holders, and even a 6-inch molded dry hatch for your phone and wallet.  It also has a pair of 22-inch long rails for attaching whatever accessories or gadgets you want.  Other features include a molded seat, ten scupper holes strategically located throughout the hull, a flat deck, and SUP pads to help guide rowers struggling with optimal riding position.

Currently, True Recreation is collecting pledges over at Kickstarter to begin a production run for the DFP Kayak.   Pledges to reserve one starts at $1,450.