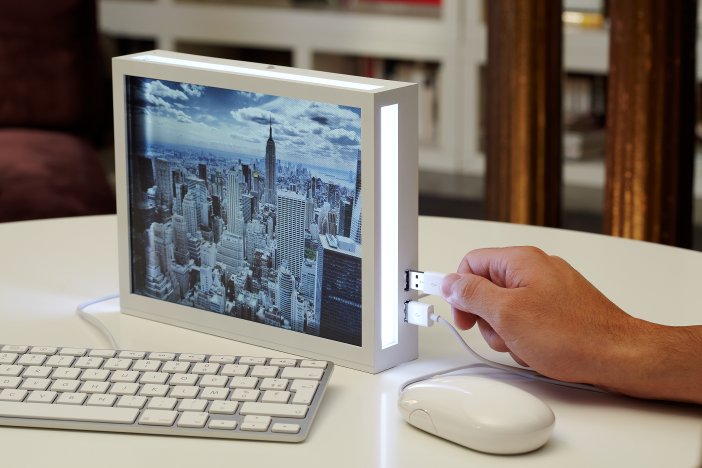 Digital photo frames — if you’ve seen one, you’ve probably seen them all.  That’s the stigma the DIA photo frame attempts to overcome, with its unique screen technology that makes digital photographs look closer to slide film than traditional LCD displays.

Built by electronic peripherals manufacturer Parrot and the nodesign agency, the first thing you’ll notice is the unusual frame.  Instead of a closed box, it features empty space behind the screen, accentuated by cutout windows right on the body.  We’re guessing they’re using some kind of projector technology (or voodoo magic) to get the images to display, although the press release tries to paint it as a “mysterious object” (which is irritating, more than anything) with some obscure retro-modern edge. 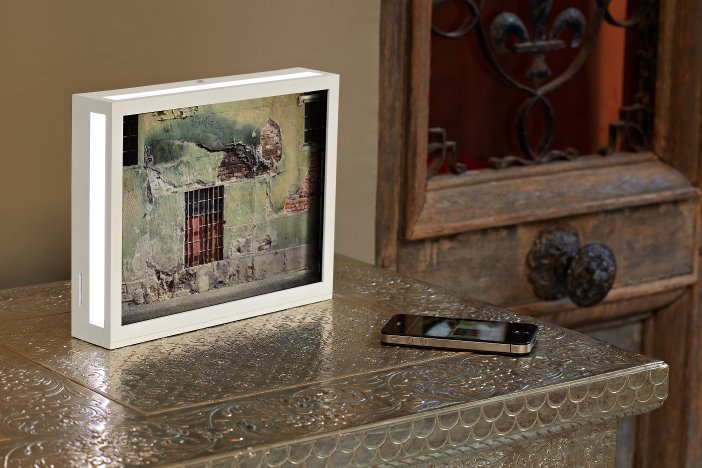 The DIA Parrot photo frame has a 10.4-inch screen, with 800 x 600 resolution and a 4:3 aspect ratio.  It can display JPEG files stored in the 200MB onboard storage, as well as from an SD card or a USB thumb drive.  Armed with wireless support, you can stream images over WiFi, as well as copy them over Bluetooth.

Aside from showing pictures, it comes bearing applications, which you can navigate by connecting a mouse and keyboard via USB.  Available apps include Frame Channel (RSS-based app for news, weather, Facebook updates and more), Holidays 2.0 (a map-based app whose description I honestly can’t understand) and a photo sharing utility (for Picasa and Flickr).

While it’s far from a groundbreaking piece of gadgetry, the DIA Parrot  does give a snazzier option for folks looking to score a new LCD photo frame.  It launches in February, priced at $500.