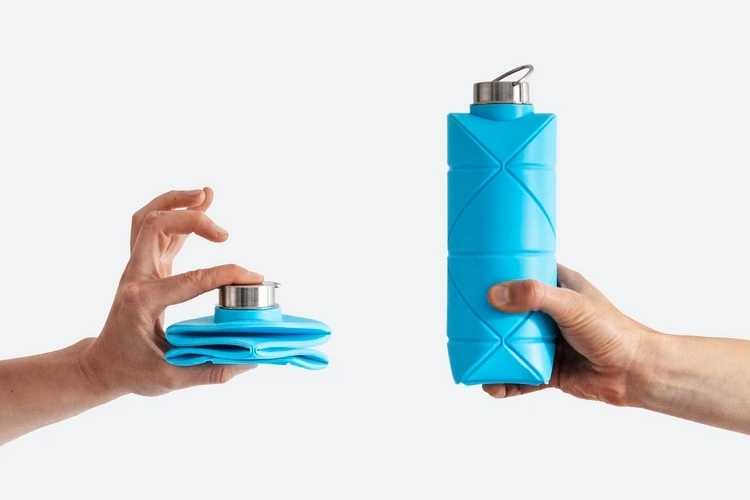 It’s not the first collapsible water bottle we’ve ever seen. There are quite a few of them in the market now, in fact. The DiFold Origami Bottle, however, claims to do all those that came before it one better by being as stable as conventional bottles, ensuring there’s little risk of having it fall over with just a slight nudge the way many collapsible bottles do.

You know how most collapsible bottles can feel flimsy when they are unfolded, making many of them impossible to stand upright when empty while being easy to tip over even when it actually contains liquids? That’s not the case here, as it’s made from a durable material that feels like those on regular plastic bottles, all while having a flat base that ensures it’s immediately stable once set down on a flat surface. 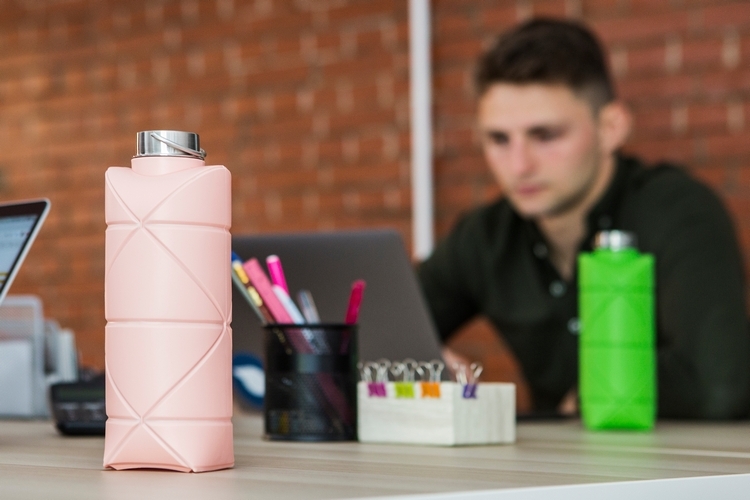 The DiFold Origami Bottle is a collapsible container that can go from a 25-ounce bottle measuring 8.3 x 3 inches (height x diameter) into a compact pile measuring just 2.2 x 3 inches (height x diameter). That’s compact enough that you can comfortably stash it in a jacket pocket, saving you from the hassle of carrying an empty bottle around when you’re no longer using it. Unlike many collapsible bottles that use soft TPU and similar soft materials for its construction, it’s actually made from a TPC polymer, which combines the durability of plastic with the flexibility of rubber. Rather than just let you fold it any way you want, though (which isn’t ideal), the outfit put folding creases directly onto the bottle, which you then use as guide when collapsing, ensuring it collapses to the smallest possible size.

Aside from being durable and flexible, the material is also BPA-free and odor-free, while being completely safe to use even with hot drinks. According to the outfit, it’s also closed-loop recyclable, which means it can be recycled multiple times without significant loss in quality. 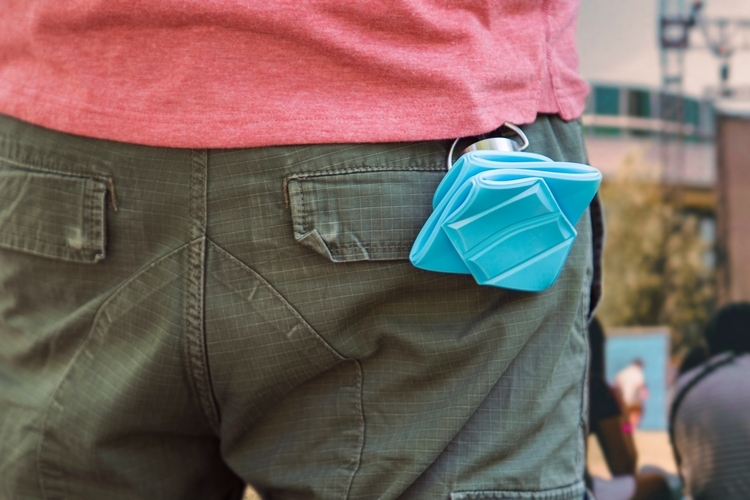 The DiFold Origami Bottle comes with a threaded cap that’s completely leak-proof, so you can throw this in your bag while filled with refreshment without worrying about soaking all your other gear. There’s also an integrated flip ring in the cap for carrying it on your fingers, hanging it on a hook, or suspending it on a backpack strap. The creases on the bottle, by the way, are strictly on the exterior, so the interior surface is glossy, which makes it both easy to clean and resistant to mold. And yes, the whole thing is dishwasher-safe, so you can simply throw it in with the rest of the dishes for easy cleaning. It comes in three colors. 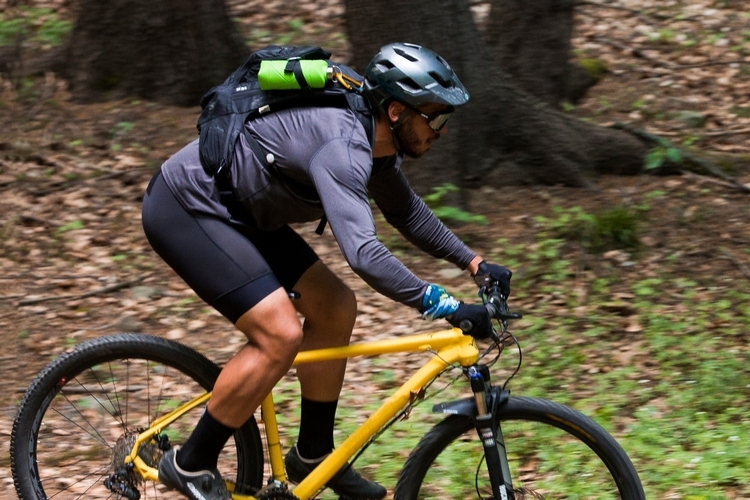 While we’ve seen bottles that collapse to a similar size as this one, we’re really fond of this bottle’s choice of material and the use of creases for the folding function, since that makes it more durable while also giving it some weight, so it doesn’t simply fall over whenever it’s empty. Basically, that’s the main selling point here and it looks pretty well executed.

A Kickstarter campaign is currently running for the DiFold Origami Bottle. You can reserve a unit for pledges starting at $30.