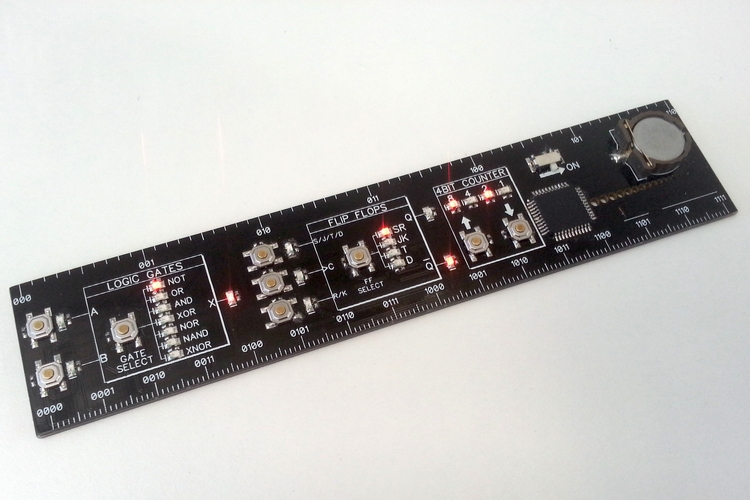 Like all rulers, the Digirule can be used to draw straight lines, as well measure the length of various non-curved items. Unlike them, it’s the kind of ruler an engineer nostalgic about his college days will probably drool for, with its built-in digital functions, conversion charts, and truth tables in tow. Oh yeah, it has blinking LEDs, too, which allows it to trump just about every other ruler in existence.

A six-inch ruler, it comes with both English and metric measurement systems, although all the readings are written in binary code. Granted, you can just count the lines if you’re not familiar with the engineering basic, although it does include a binary conversion chart in the back of the ruler if you want a handy reference guide. 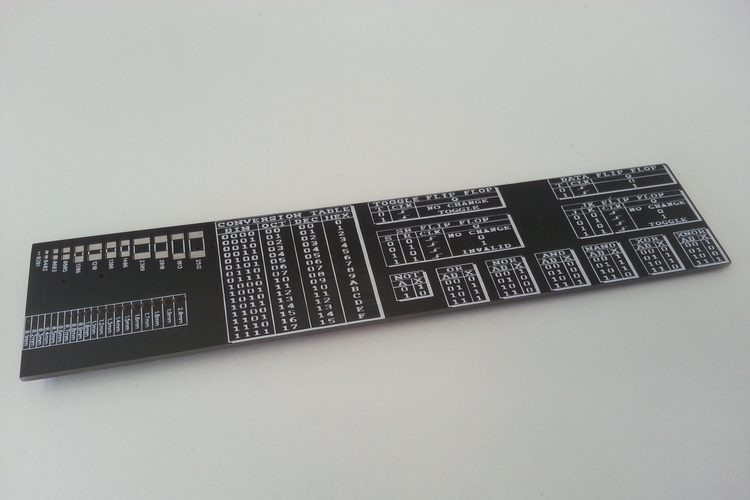 Aside from the conversion chart, the back of the Digirule comes printed with SMD component outlines, flip-flop truth tables, and logic gate truth tables for whatever reference purposes they may serve you. Flip it to the front and things get even better, with buttons, LEDs, and a smattering of digital functions for you to play with, including seven logic gates, four flip flops, and a four-bit binary up-and-down counter. To use, simply press the gate select button to cycle through the seven logic gates, hit the flip flop select button to cycle through the selection, and then toggle the input bits to get your desired output. For the up-and-down counter, just press the designated buttons to either send it up or down. All the functions, by the way, are controlled by a single PIC microcontroller, which is powered by a coin battery that slots at the end of the ruler. 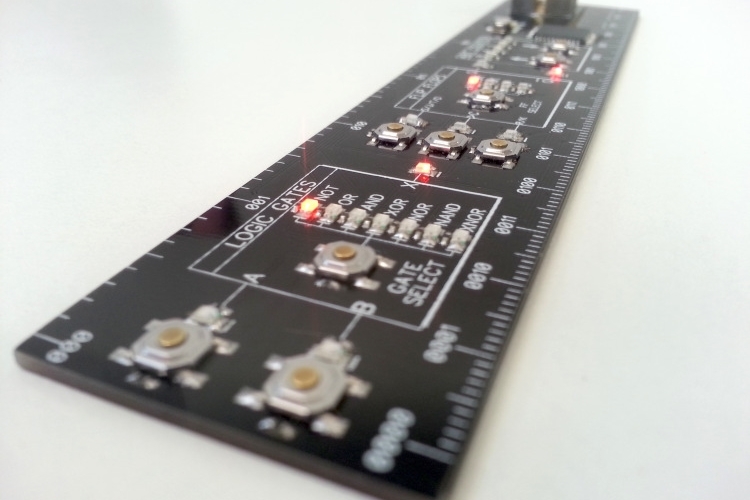 The Digirule is currently crowdfunding on Kickstarter. Pledges to reserve a unit starts at $15.