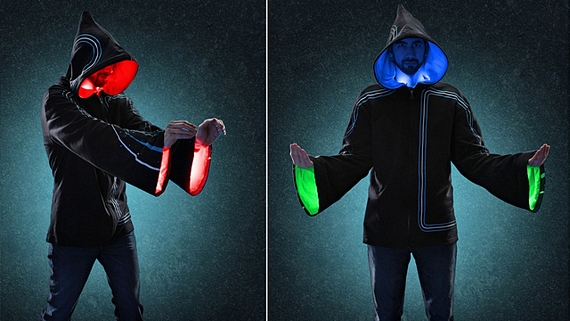 Wizard costumes have been popular for the longest time.  From 80s kids who spent stretches of hours playing D&D in mom’s basement to 90s kids who spent their school allowance on Magic: The Gathering cards to the current crop of youngsters raised on Harry Potter and his merry band of wizards, every generation of geeks has the roots of wizard fascination embedded deep within them.  And while there are definitely plenty of sweet-looking wizard costumes out there, we have a feeling every aspiring wizard will really find the Technomancer Digital Wizard Hoodie more suited to their liking.

Most puny wizard costumes can make you look like an insufferable sorcerer from the Middle Ages, but that’s, pretty much, the extent of their superpowers.  This one won’t give you the ability to fly, summon dragons, or set objects on fire either, but it will illuminate the inner areas of the hoodie, making it appear like your face and hands are being drowned in a flood of magical colors.  Or something like that. 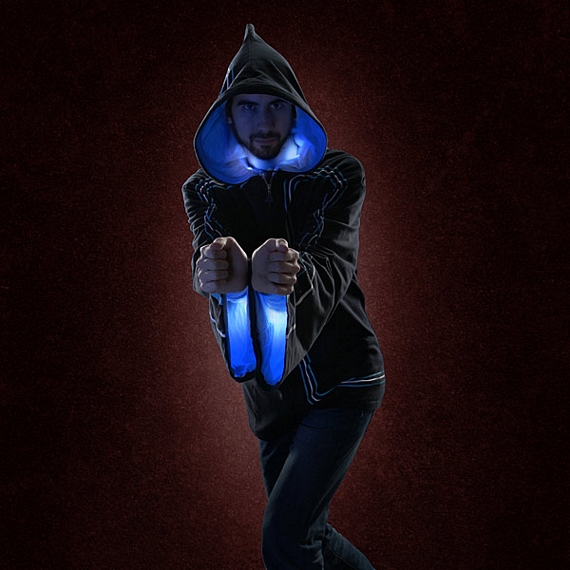 Even better, the Technomancer Digital Wizard Hoodie’s LED units aren’t activated by lame buttons or switches.  Instead, the magical colors are conjured by spells you cast in the form of hand movements, which the hoodie detects using built-in accelerometers on the sleeves.    There’s even an onboard speaker box that accompanies each light-up magic spell with equally mystical sounds.  It comes with nine pre-programmed spells, each one creating a different combination of light and sound effects.

Construction is 100% cotton for both the lining and outer material.  It’s washable, but you’ll need to remove all the electronics before dumping the garment in the washer.  Instead of magic, though, six AA batteries take charge of powering all the shenanigans.