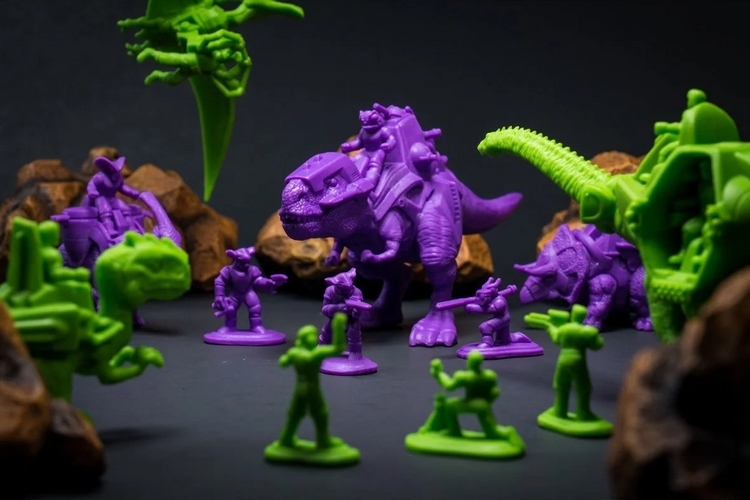 We’ll be honest – we have no idea what the heck the Dino-Riders are. A cursory online search says it was a short-lived animated show that was created to sell a new toy line back in the 80s. What we do know is, it’s about a bunch of warring aliens that use prehistoric dinosaurs as battle creatures, dressing them up in armor, weapons, and all sorts of cool stuff that make the giant Earth-roaming reptiles even more awesome. That’s exactly what we get from the Dino-Riders Rulon Warriors Battle Pack.

That’s right, it’s a bunch of dinosaurs in battle armor, fighting alongside a contingent of superhumans and a nefarious bunch of humanoids, all of them from the future, with prehistoric Earth serving as the stage for their theater of war. We know, that sounds like a lot, but that’s exactly the lore behind this new toy set. Whether you actually care about that backstory or not, it doesn’t change the fact that dinosaurs in battle armor look awesome as heck and make the dinosaurs from your Jurassic Park toy sets look severely wanting. Seriously, someone should make a Jurassic Park movie with all the dinosaurs clad in cybernetic outfit just for all the fun toys we can get out of it. 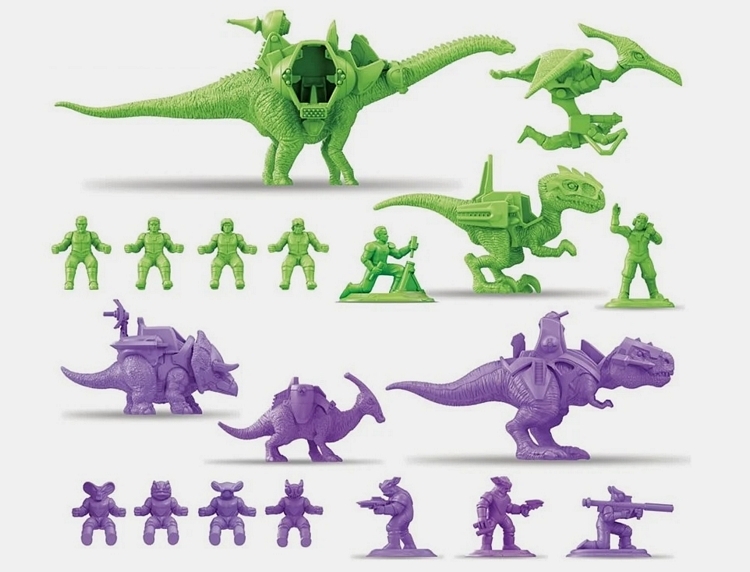 The Dino-Riders Rulon Warriors Battle Pack isn’t actually a remake of the toy line from the 80s. Instead, this feels like a starter pack based on the short-lived title. Kind of like a way to see if old fans will still be interested in a long-lost toy line from their childhood while appealing to the potential curiosity of new fans, who might find the idea of dinosaurs dressed in battle gear quite intriguing. Speaking as someone who’s not acquainted with the old franchise, it is definitely intriguing as heck. 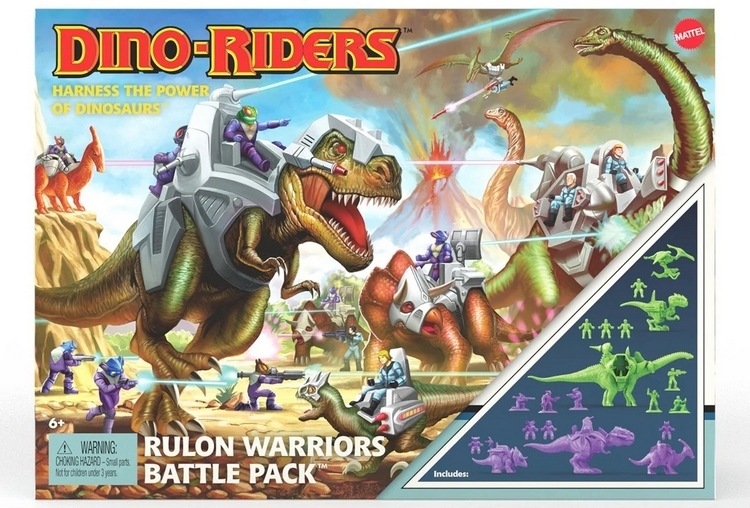 The set comes with a total of six dinosaurs and 15 figures, comprised of both Valorians (the good guys) and Rulons (the bad guys) alike. Neither the dinosaurs nor the figures are articulated, as these are fixed figures similar to the classic Green Army Men everyone has played with through the years. That means, the dinosaurs and figures all come in solid block colors, green for the Valorians and purple for the Rulons, with all of them in fixed poses. Do note, some of the figures are designed to be mounted on the dinosaurs, essentially piloting them like they’re operating a tank, while the rest are designed to stand freely on a tabletop for creating a battle diorama like you used to do with those little green soldiers. 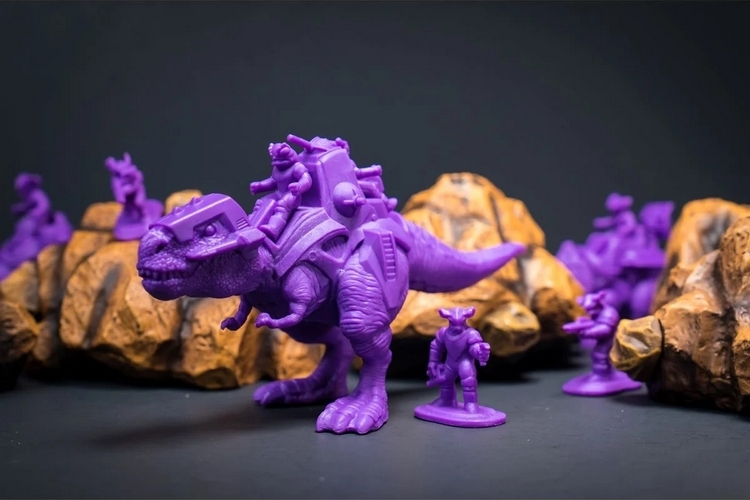 The Dino-Riders Rulon Warriors Battle Pack include actual characters from the cartoon, such as Emperor Krulos of the Rulons and the hotshot fighter Llahd from the Valorians. The figures measure around an inch tall each, while the dinosaurs vary in size, with the longest measuring seven inches. And yes, you can totally lay this out with other similarly-scaled dinosaur figures and green army me to set yourself up an absolute chaotic battlefield.

The Dino-Riders Rulon Warriors Battle Pack is exclusively available from Entertainment Earth. It ships in February next year, priced at $19.99.