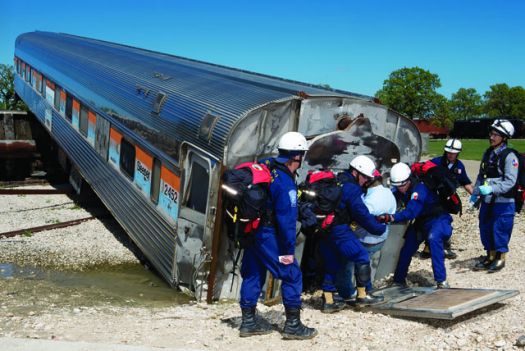 Do you know where emergency responders hone their craft? After all, you can’t exactly blow up buildings and crash trains every time you need to get a new batch of trainees up to speed. Many of the the brave men and women who run rescue operations put in their practice time at Disaster City, a 52-acre school where dealing with large-scale unfortunate events is the lesson of the day – everyday. 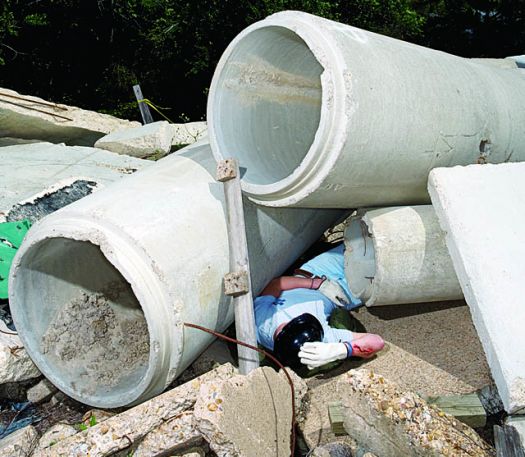 It’s intended to mimic real-life catastrophes and is fittingly littered with all sorts of fascinating constructions that are modeled on the resulting wreckage from real disasters.  Current installations include those patterned after the 1994 Northridge earthquake in LA and the 1993 World Trade Center bombing. It’s a part of three core facilities, which include the Brayton Fire Training Field, the largest fuel-burning center in the world, and the Emergency Operations Training Center, a building that houses a large computer-based simulator that can recreate any disaster and map out its potential consequences. 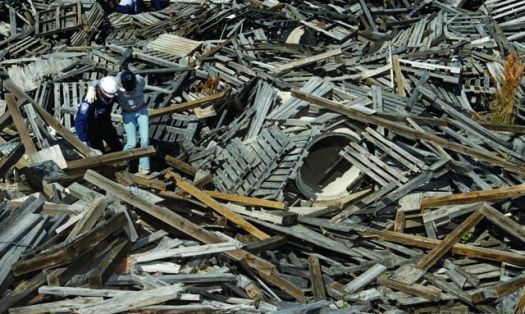 Among the skills that participants can learn include superhero-like powers, such as breaching fallen building structures, breaking tunnels, trench rescue, external and internal shoring, and moving heavy objects. Lessons aren’t restricted to lifeless scenarios either. In fact, all drills involve real people being rescued from the wreckage, complete with fake blood, make-up and screaming family members.

Looking to train to be a superhero in the near-future? Disaster City is probably the best place to start.