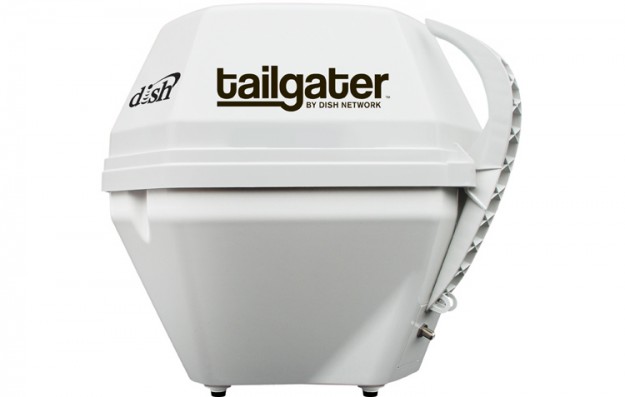 The outdoors is fun.  Whether it’s holding a party from the back of your truck or camping by the lake in your Pop-Up Camper, that open night sky sure feels sweet.  At some point, though, you just want to sit in front of a TV and watch the endless reruns of Jersey Shore on the tube.  If you had the Dish Network Tailgater, that won’t be a problem.

A satellite antenna inside a box that looks like a beer cooler, it will automatically locate satellite positions for pulling TV programs.  That way, you can be in the middle of the jungle and still tune in to see replay after replay of The Situation smashing his own head against the wall. 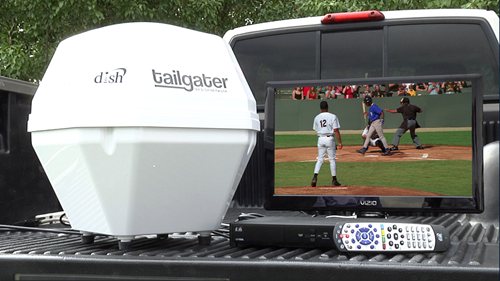 The Tailgater houses the satellite hardware inside a 10-sided plastic shell that should keep the innards protected from harsh weather.  It weighs reasonably light at 10 pounds, with a built-in carrying handle for easily lugging around.  To set up, you’ll need to connect it to a Dish Network set-top box using the included 50 feet of coaxial cable.  There’s no need to fiddle with angling the dish — it will rotate inside the casing to align with a satellite on its own.

According to the press release, the Tailgater can reel in HD channels, too, provided you use it with DISH Network’s ViP 211k single-tuner HD receiver.   Price is quite attractive at $350.