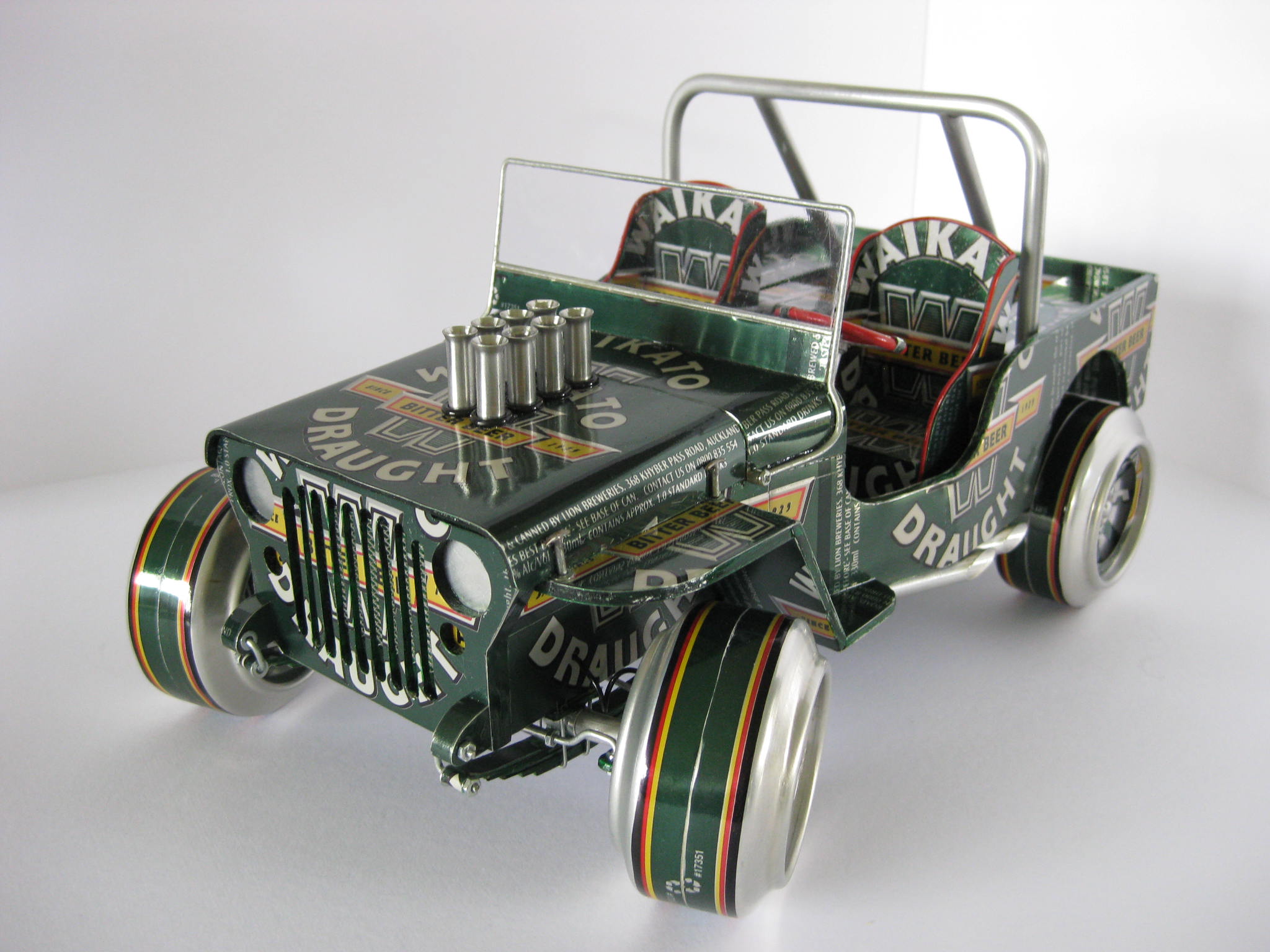 Looking for a weekend activity that doesn’t involve leaving the house,  staring at LCD screens or spending gobs of money?  How about constructing model cars out of the large pile of beer cans (or whiskey cans) you emptied with your friends during Friday night’s poker game?  If that sounds like something you can get busy with, then check out Sandy’s Can Cars.

As the name implies, Sandy Sanderson builds model cars out of discarded aluminum cans.  And they’re really, really good.  He currently has six finished car designs (a roadster, a jeep, a Mini Moke, a 30s-style vehicle, a racer and an open-cabin hot rod), all of which he built using a variety of beer and softdrink cans as the primary material. 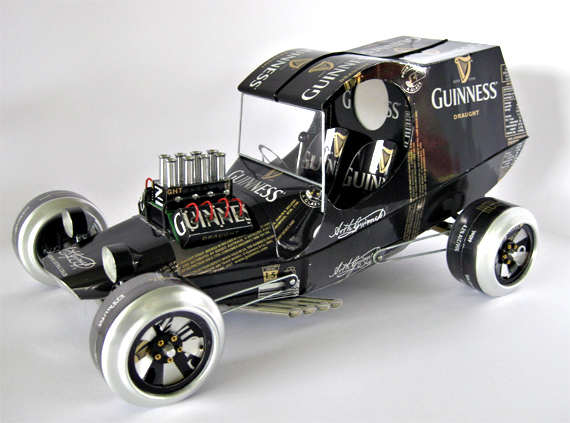 Unfortunately, none of the Can Cars are readily available for sale (he can sell you a custom one, but it will go for a couple grand — not exactly the cheap weekend project you’re expecting).  That’s where your stack of used cans come in handy, however: he can show you how to make your own using plans and blueprints available from his website.  Once you check out a plan, it will be sent to your email, which you’ll likely open and begin using while nursing even more cans of beer.  Weekend fun.

Do note that this doesn’t sound like a lazy man’s job at all.  The builds are meticulous (your workshop skills will be put to use), although the materials are quite simple.  Aside from the cans, you’ll need some wood (for the frame), glue, galvanized wire, electrical cables, tiny nuts and bolts, washers, aluminum tubing and some sewing pins.  For tools, just bust out the a good razor blade, scissors, sandpapers, pliers, tweezers and a soldering iron.

The Can Car Plans are available from the website below, priced at $10 each.