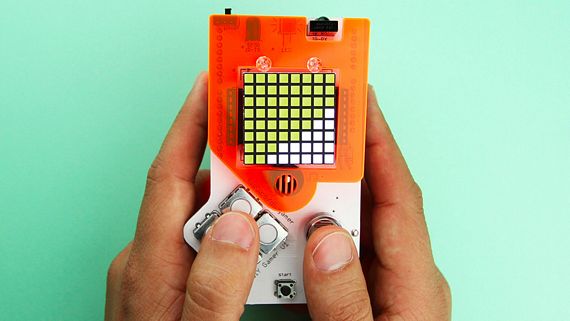 Even the most celebrated video game legends started out from humble beginnings.  And if you harbor dreams of making the next big gaming innovation when you finally leave mom’s basement in a few years, you’ll have to start out somewhere, too.  We think this DIY Gamer Kit is as good a place as any.

Made by Technology Will Save Us, it’s an Arduino-based all-in-one kit that contains everything you need to build a rudimentary handheld game console.  Sure, it’s nowhere near the complexity of handheld game consoles from 20 years ago (think Gameboy), much less the highly advanced tech of current flag-bearers from Sony and Nintendo, but it’s something you can build all on your own, which is an arguably better way to spend time than pretending to be a twelve year old girl who runs a feminist blog on Tumblr. 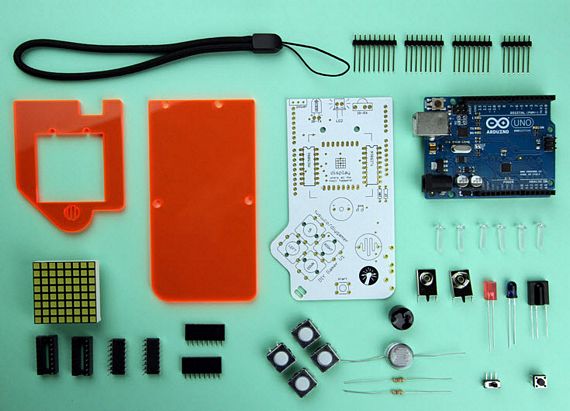 Not only will the DIY Gamer Kit let you build your own handheld game console, you can code original games for it, too.  All the hardware needed to put the console together is included (40 different parts), although some manual soldering is required to get everything up and running.  The finished game console comes with classic gaming controls (four buttons and a joystick),  a simple 8 x 8 LED matrix display, a buzzer for sound effects, and wireless IR links for multiplayer gaming. 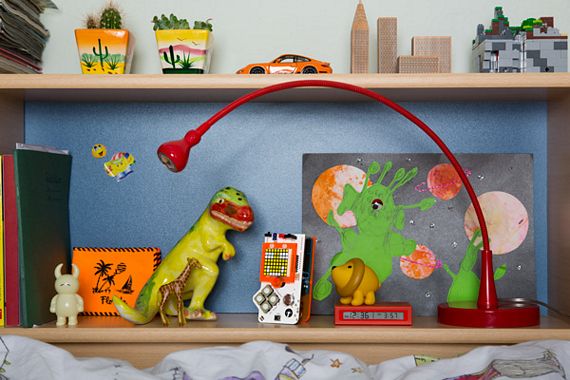 It comes with two included games, so you can play with the console as soon as you finish building it.  The fun, though, lies in creating your own games, which you can do with the help of a custom software library that comes with the kit.  Granted, the games you can do on this thing will probably be around the same level as the Snake game on old Nokia phones, but remember how much time that used to suck out of your day?

The DIY Gamer Kit is now available for preorder, with shipping slated for November, priced at £50.