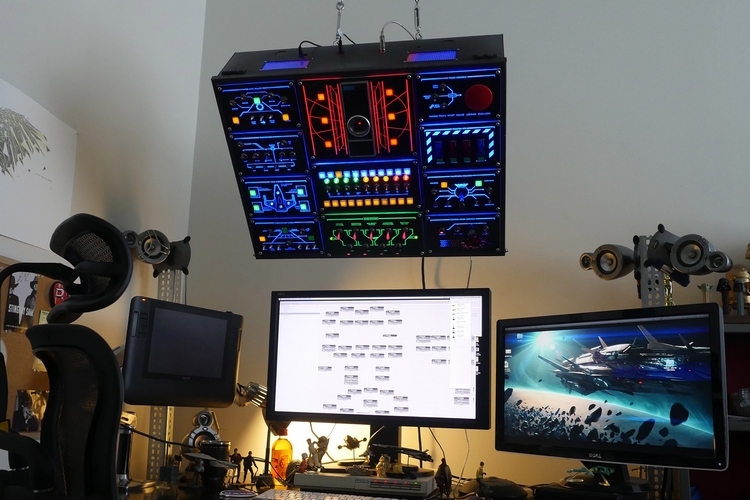 We’re big fans of specialty control panels that give you single-button shortcuts to a whole load of PC functions. This guy, though, took it a whole other level, building a DIY Overhead Control Panel that looks like it came straight out of a battle spacecraft.

Created by Redditor smashcuts, the DIY panel features over a hundred buttons, switches, and knobs, each one mapped to perform a specific action on his computer. No, those actions don’t include firing nuclear missiles, activating a space warp for interstellar travel, or engaging the weaponized laser in the roof. Instead, it triggers more conventional computing actions, such as launching applications, adjusting various system settings, or simply playing goofy sound effects for the man’s amusement. 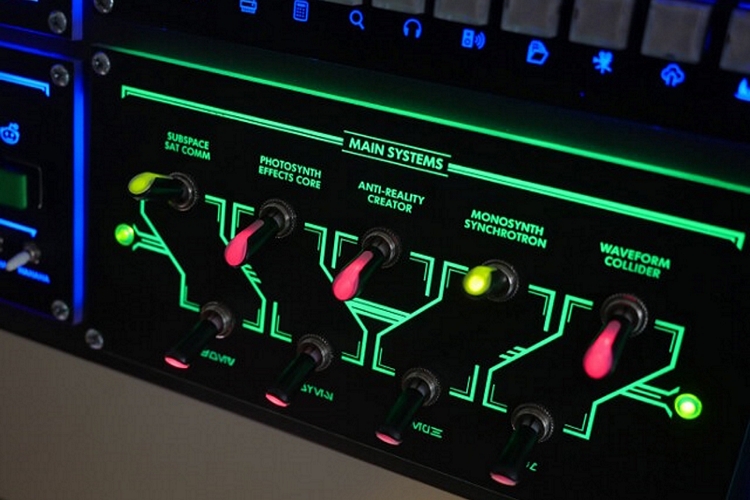 Smashcuts’ DIY Overhead Control Panel comes with a colorful etched and LED-lit background that the creator describes as “half-Tron, half-Luke’s targeting computer.” Some sections of the panel are designed for utility (lots of buttons and switches), while others are meant for more aesthetic purposes (a diagram of a spaceship). The housing is made from acrylic that’s painted black and laser-etched to complete the sci-fi effect. Inside, the rig houses a large USB hub, multiple USB controllers, a large number of LEDs, an Arduino controlling all the blinking lights, and even one of Thinkgeek’s IRIS 9000 voice controller modules. 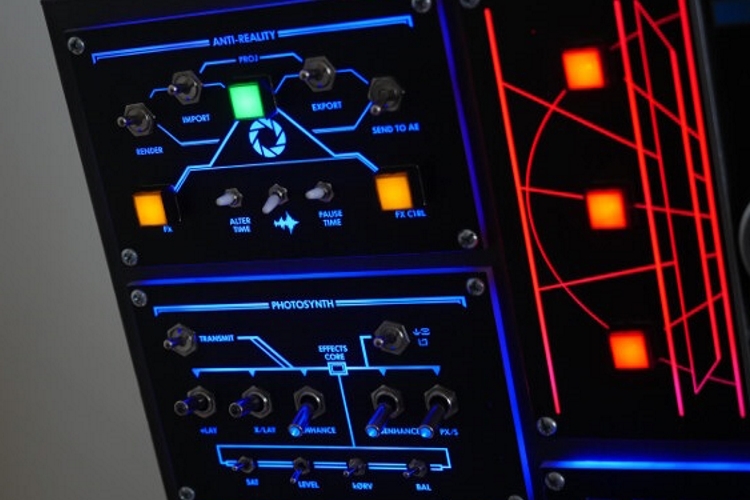 Granted, having to reach overhead to flip a switch or press a button doesn’t exactly promote the best ergonomics, but it sure makes sitting in front of a computer way more entertaining. The final product weighs 40 pounds. 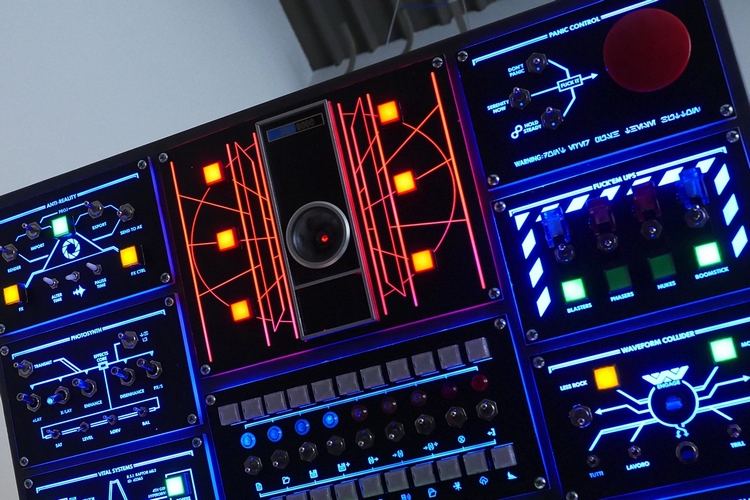 Hit the link below to see detailed pictures of the DIY Overhead Control Panel, with explanations for what each control does.