The Force Is Definitely Strong With This DIY TIE Fighter Drone 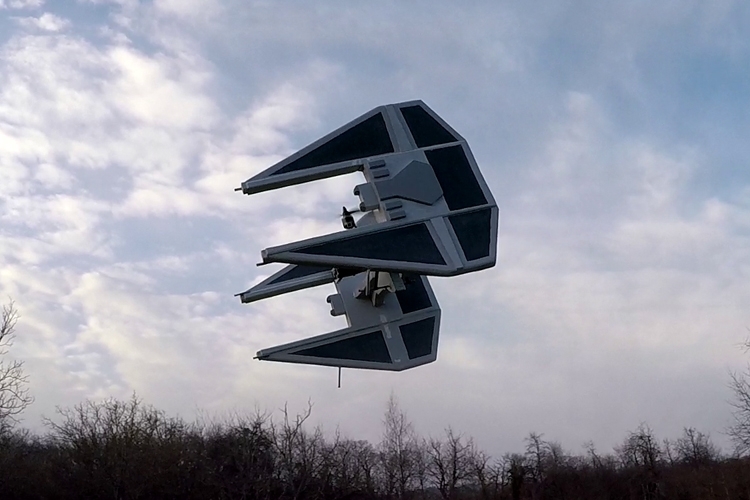 Flying a drone is fun. Like all toys, though, the novelty of operating a hovering quadcopter eventually fades. When that happens, you might want to dress that drone into something a little more interesting to watch in flight. You know, something like this TIE Fighter RC Drone.

Created by Imgur user Olivierc600, it’s a drone draped in polystyrene foam that’s cut and decorated in the form of the Imperial starfighters that swarmed rebel forces in the original movies. Yes, it looks awesome. And while it doesn’t quite soar the skies at 745 mph like the famed fictional starfighter, it definitely adds a new dimension to piloting a drone. 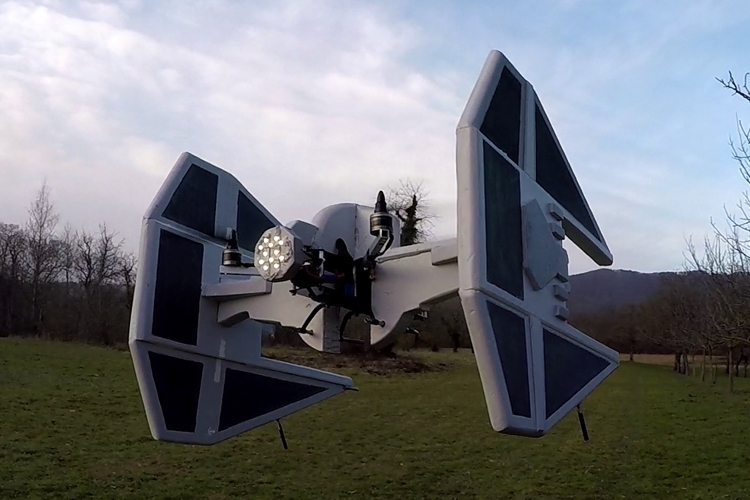 To build the TIE Fighter RC Drone, Olivier started by drawing a model of the various parts on AutoCAD, creating a scaled-down starship that measures 63 x 47 x 56 cm (l x h x w). He prints out the 2D renders on A4 sheets, which he then cuts and tapes together, before placing on top of polystyrene foam for use as cutting guides. Once cut, the foam bodies are glued together and reinforced with 6mm carbon tubes, after which, they are integrated with the drone. 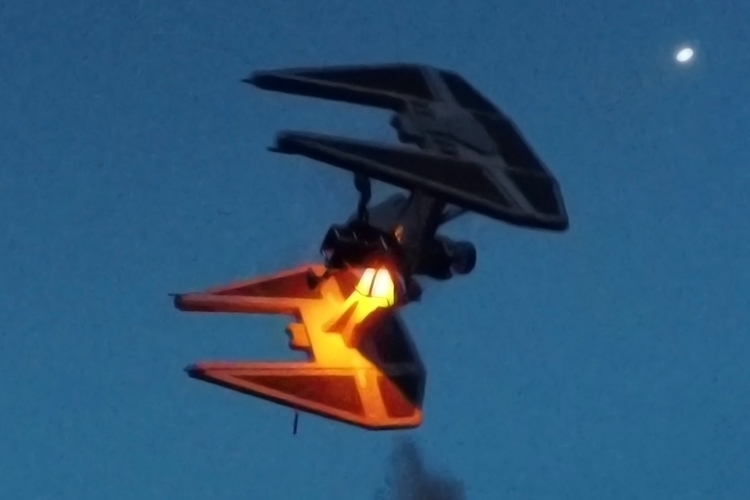 The finished product, as seen in the below video, is a beautiful replica of the Interceptor. While not quite as detailed as that LEGO TIE Fighter we saw a while back, it’s definitely impossible to mistake this thing for anything else other than the high-speed starship of the Galactic Empire.

Check out pictures of the build from Olivierc600’s Imgur account.