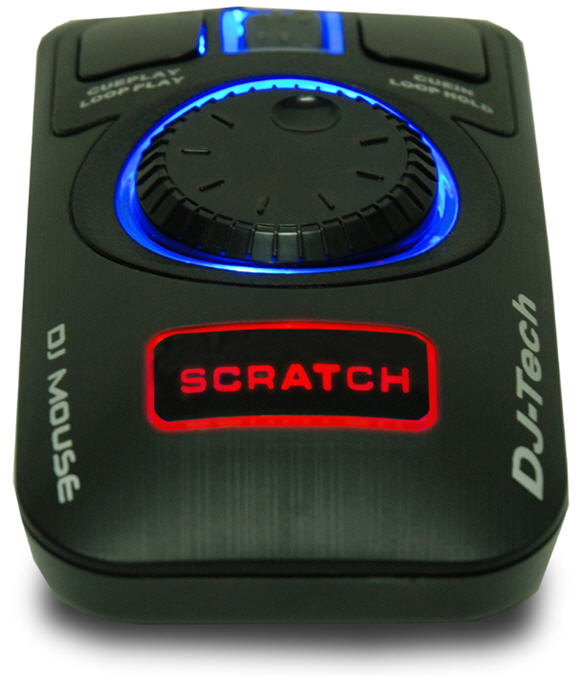 Why do gamers get all the cool mouse peripherals?  Musicians need love too.  That’s why DJ Tech came up with the DJ Mouse, a point-and-click accessory that incorporates music-making capabilities in its array of controls.

Like a regular mouse peripheral, the DJ Mouse performs all pedestrian PC functions, from navigating the desktop to scrolling through pages of text.  More than that, however, it’s also designed to interface with your DJ software, allowing you to fade and scratch without having to plug in another device.

Optimized to work with DJ Tech’s Deckadance software, the musical mouse sports left and right buttons,  a vertical scroll wheel and a large multi-function jog wheel.  It’s decked in trippy blue LED lighting for easy visibility in dark clubs, and weighs a heavy 120 grams, so it doesn’t flail about like a puny little mouse. 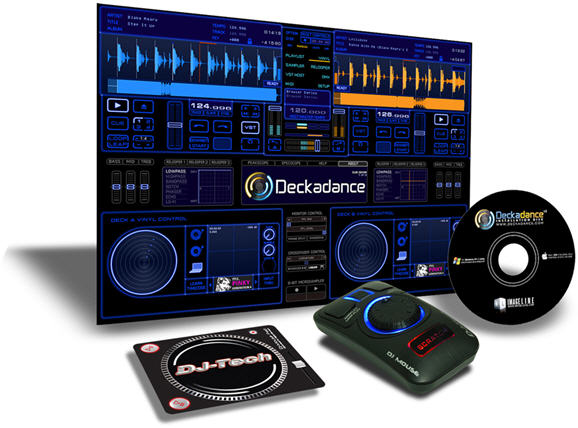 The jog wheel lets you mix, fade and scratch songs directly loaded in the computer’s memory, while the rest of the buttons come with specialized functions of their own.  The scroll wheel, for instance, lets you rewind and fast forward through tracks, as well as control knobs and faders on the software.  The left and right buttons can memorize and play cue points, toggle and play loops, load and play samples, and perform a host of other things.  In case you’re using other software, they’re programmable too, so your purchase is not entirely wasted.

While it may not perform as admirably as complete DJ equipment, the DJ Mouse lets you fashion music without plugging in an entire suitcase’s worth of crap.  Fancy mixing some beats while in the middle of finishing a spreadsheet?  Just load up the software and you’re ready – no other accessories needed.  It’s available in a bundle with Deckadance for only $79.