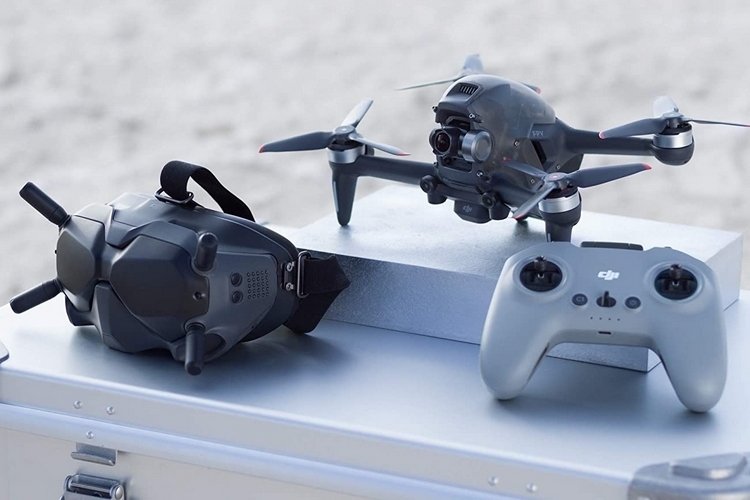 Some drone kits come with first-person view goggles that allow you to experience flying a drone as if you’re sitting inside the cockpit. It’s a popular option for people who want to fly drones for racing, rather than shooting cinematic aerial footage. Of course, your racing drone will be much more versatile if you can occasionally use it to shoot high-quality aerial video, too. As such, that’s exactly what they’re bringing with the DJI FPV.

Billed as a combo drone, it’s an FPV racing drone that also integrates high-quality camera hardware and software, giving you a quad that you can use to race one moment and shoot aerial video the next. That means, it gets comparable cinematic chops to DJI’s standard roster of consumer quadcopters, all while bringing the same high-speed flight thrills usually delivered by niche drone makers. 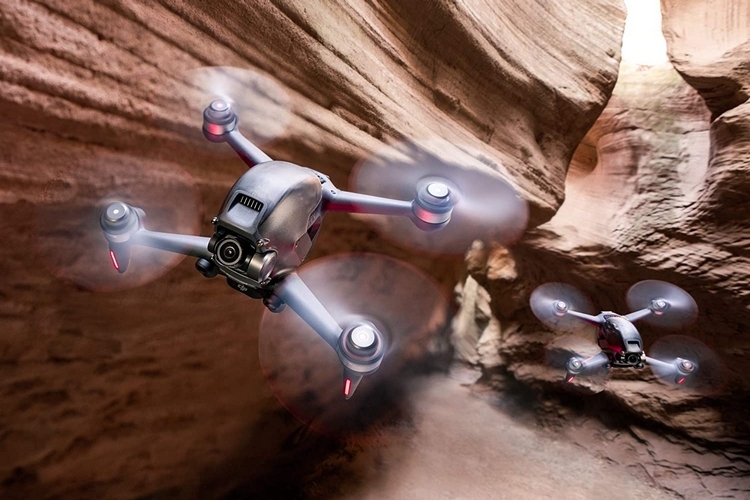 The DJI FPV is the outfit’s take on an immersive racing drone. As such, it’s styled with sportier lines compared to their roster of cinematic drones, apart from being bundled with DJI’s FPV Goggles that you can wear to get a first-person perspective of the drone’s entire flight. The live feed, by the way, is shown in 810p resolution at up to 120 fps, so you can see everything the drone encounters as it happens. In manual mode, most of the drone’s sensors and autonomous capabilities get disabled, allowing you to completely take charge of its operation, following your lead every step of the way for truly immersive flying. You can even customize a variety of parameters in this mode to tailor the drone precisely to your liking.

Of course, tapping buttons on the bundled controller can get dicey on occasion, since you can’t glance at the control pad with the goggles mounted over your face. That’s why, the outfit is offering an optional one-handed motion controller that lets you control the drone using your hand movements, which should make manual flights a lot more intuitive, since it reacts to the exact your hands are moving. 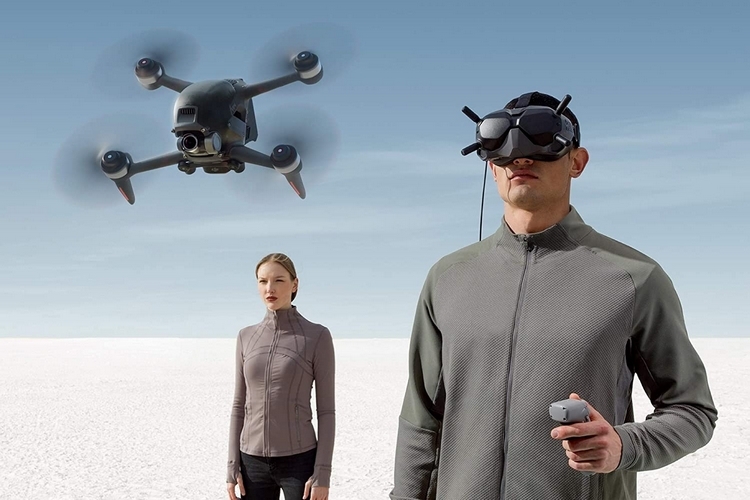 The DJI FPV boasts a top speed of 87.2 mph, which may not be the fastest among racing drones out there (some competition drones can reach 120 mph), but is definitely speedy enough to leave any standard consumer drone in the dust. It has quick acceleration, too, allowing it to go from 0 to 62 mph in just two seconds, which should make for quite an exhilarating flight experience. According to the outfit, the onboard battery is rated for around 20 minutes of flight time between charges, although there’s no word on how long it can stay in the air if you’re going max speed the whole time. 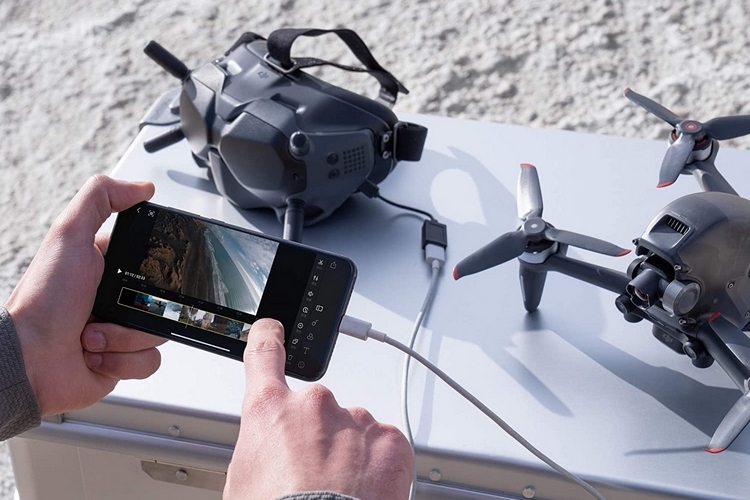 Aside from the racing-focused manual mode, it also gets the traditional Normal and Sport mode found in DJI’s consumer drones, so you can tap into all those sensors and autonomous flight algorithms for more conventional cinematic applications. It can record video in 4K at up to 60 fps with a 150-degree field of view, although they also offer a 1080p option at 120 fps.

The DJI FPV is available now.