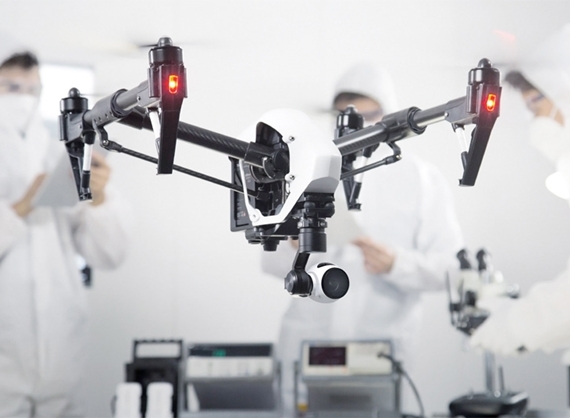 Yes, your drone takes amazing aerial videos. As good as your sweeping shots of the city may get, though, it can’t possibly be perfect with the drone’s landing legs obscuring the extreme left and right sides of every frame. Granted, there are many drones that have overcome that problem. The DJI Inspire 1, however, does it in, quite possibly, the coolest way ever.

Instead of legs that are spread further apart or an adjusted camera mount, the drone features landing legs that raise up, moving out of the way of the onboard action cam. Even better, the legs don’t just retract when this happens. Instead, the entire protruding sections of the frame (basically, the arms that hold the propellers) actually fold upwards as the drone hits the air (then folds back downward when it’s landing), making for a solution that’s both elegant and downright amazing to witness. 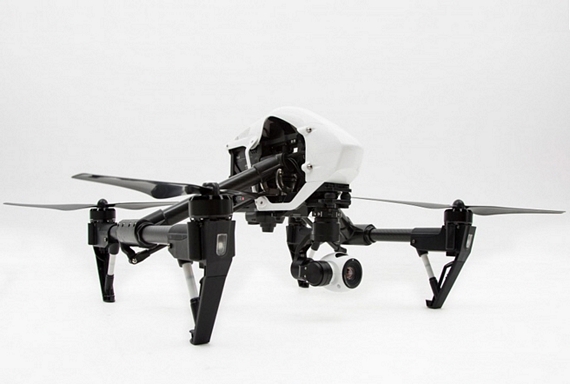 Aside from the novel folding mechanism, the DJI Inspire 1 comes with a laundry list of high-end features. The integrated camera, for instance, is a 12-megapixel, 94-degree field-of-view shooter that can capture 4K video at up to 30 fps and 1080p at 60 fps, with a 360-degree, three-axis gimbal providing stabilization for almost any filming condition (DJI claims you’ll get stable shots even while the drone performs difficult maneuvers). It uses a second camera and sonic sensors to constantly monitor distance from a flat surface, enabling the drone to know when it needs to fold down its legs, ensuring the landing legs will deploy even if you aren’t executing a proper landing (e.g. when it’s been damaged and is falling towards a roof). 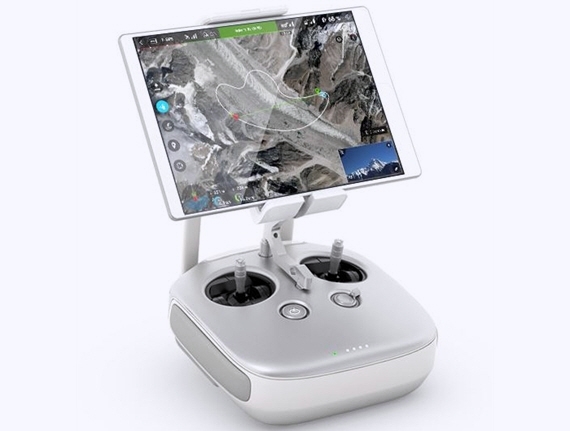 Operating the drone is done via a remote controller, which comes with dedicated buttons for flight, photo and video capture, and gimbal control. It can also be synced with a second controller, so one person can handle pilot duties, while the other manages the filming.