DJI Mic Offers An Easy Way To Bring Audio To Your Vlogs, Livestreams, And Other Video Content 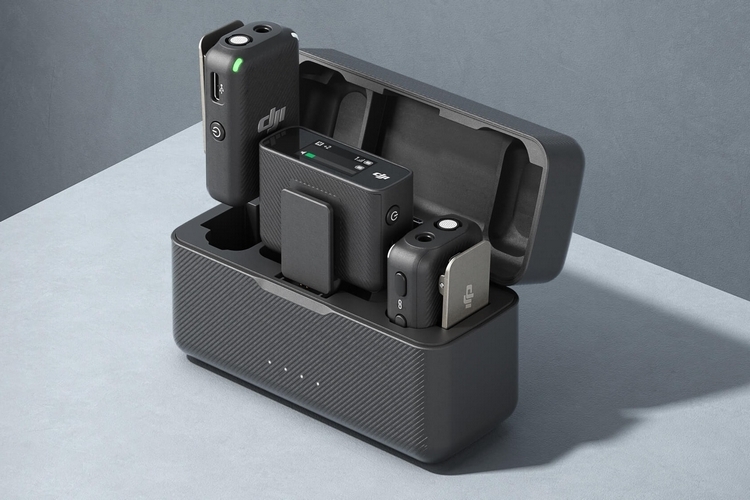 We all know DJI for their work on drones and cameras, producing some of the best filmmaking tools out there for consumers and professionals alike. This time around, they’re adding audio chops to their repertoire with the DJI Mic, the outfit’s first dedicated audio recording gear.

A wireless lapel mic, the device attaches to your clothing, allowing the mic to pick up everything you say and stream it over to the receiver. Obviously, this is aimed at modern content creators who want clear, consistent audio to go with their vlogs, on-the-go interviews, and IRL livestreams without having to mess with handheld mics or more complicated multi-mic setups. 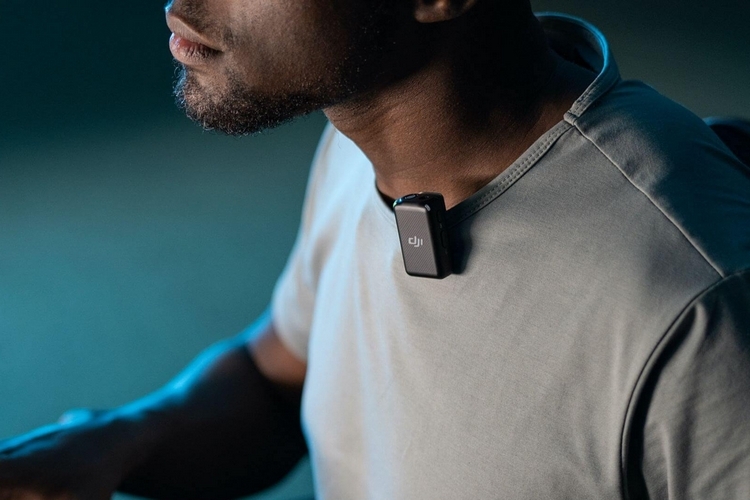 The DJI Mic consists of two lapel mic transmitters, a wireless receiver, and a charging case for all three devices, so they’re constantly charging any time you put them away, similar to true wireless earbuds. The transmitters are equipped with omnidirectional mics, so they won’t just be picking up sound from the person wearing them, but also anyone within their immediate proximity. According to the outfit, the mics are capable of reproducing tone across a wide frequency range, ensuring high-fidelity, pro-grade audio recordings to accompany your video footage. The transmitters weigh just an ounce each, so they won’t add any noticeable heft to your clothing.

Each one comes with a clip in the back for easily mounting on collars and lapels, while magnets make it possible to attach to other areas of your clothing. Built-in storage on each of the transmitters can also save u to 14 hours’ worth of audio directly on the device, a solution that, the outfit claims, will ensure users don’t have to deal with audio frame drops and similar issues with sound. Since there are two transmitters in the set, you can immediately use it to mic up two people in your videos, allowing you to immediately arrange for one-on-one interviews, two-person vlogs, and similar content. 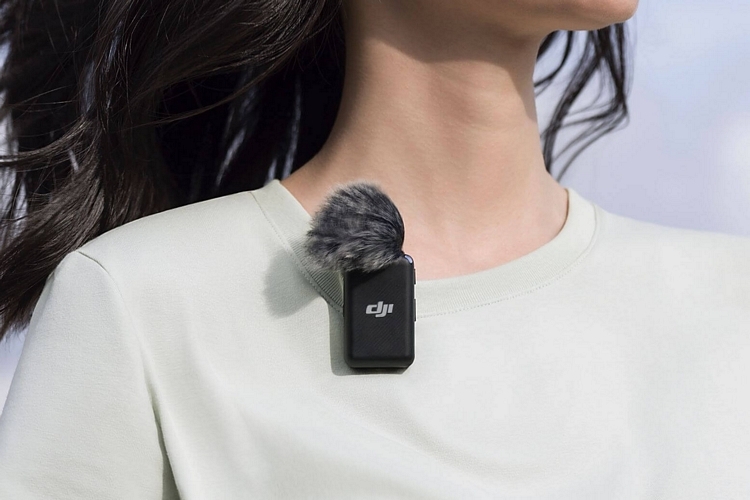 The DJI Mic’s wireless receiver can plug directly to cameras using a hot shoe adapter, as well as to other devices via USB-C, Lightning, and 3.5mm TRS connectors. That means, you can stream the audio directly to any device you want your sound recordings stored in, making for a versatile audio recording solution. It can receive audio over the 2.4GHz band up to distances of 820 feet, too, so your subjects in frame can move around freely without being confined within a close area, with dual-channel recording, so audio from each transmitter comes through clearly. The receive comes with a touchscreen, by the way, which gives you easy access to channel selection, I/O settings, and other essential operations, so there’s no need to fiddle with another smartphone app just to adjust your recording settings. 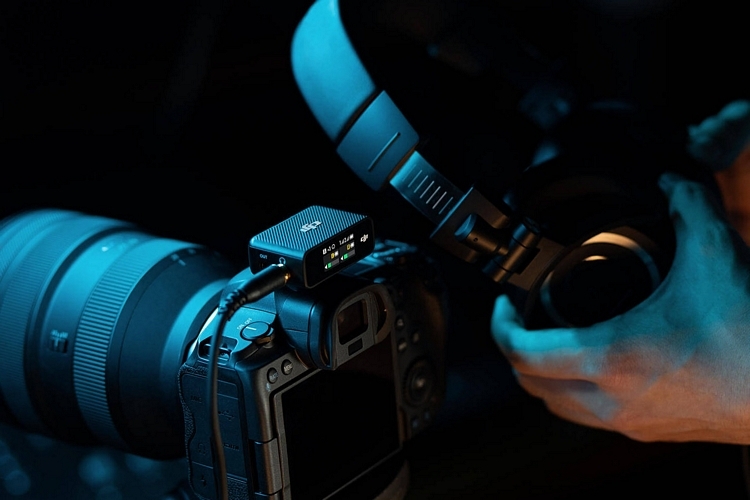 Each of the transmitters come with 5.5 hours of battery life, while the receiver holds five hours’ worth. The charging case comes with another 15 hours of charge, too, so you can easily replenish each device even without access to a nearby power outlet.