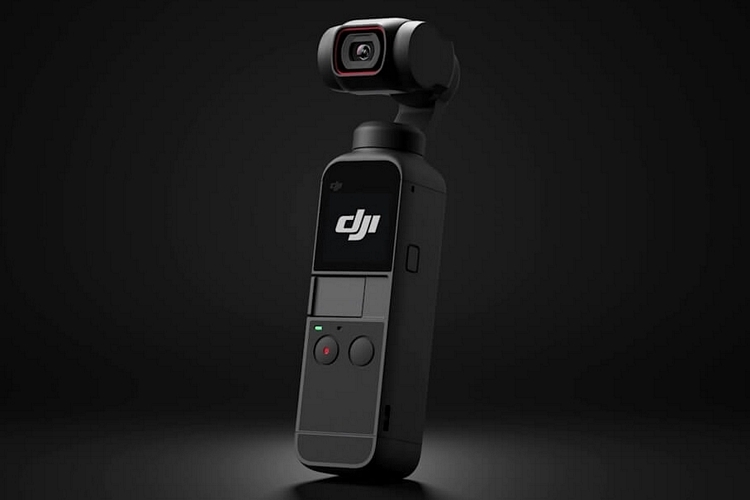 We have to admit: the launch of the original Osmo Pocket took us by surprise. We just didn’t think the outfit needed a standalone action camera in its handheld gimbal lineup. Despite that, it’s proven itself a capable little device that has found its way into many people’s equipment rotation. This time around, the outfit is updating their stabilized mini-cam in the form of the DJI Pocket 2.

Yes, it retains the same all-in-one design as the original, combining a gimbal-stabilized tiny camera and a tiny display with a handheld grip and physical controls. For this iteration, though, they brought in upgrades across the board, throwing in a larger sensor, a wider FOV lens, and additional microphones, all of which should turn it into an overall better performer. 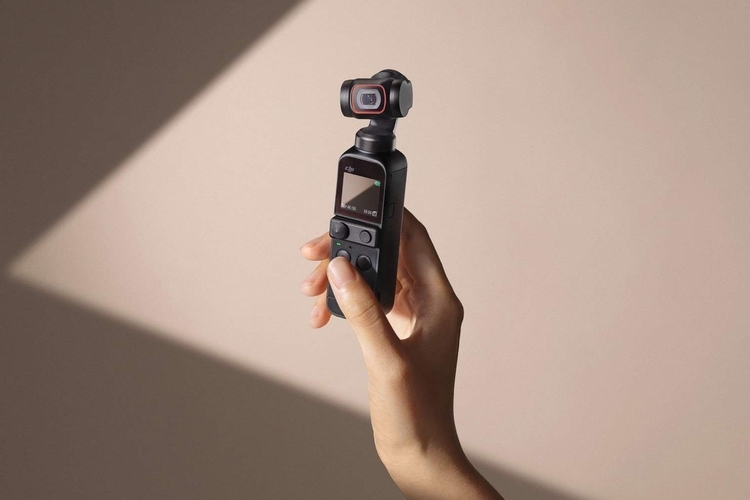 The DJI Pocket 2 ditches the standard 1/2.3-inch image sensor from the original in favor of a larger 1/1.7-inch sensor, which it pairs with a 20mm FOV lens. Together, this setup allows it to shoot 64-megapixel photos (9216 x 6912 resolution) and record 4K video at 60 fps, complete with HDR video capability, so your video footage can be endowed with more life-like details. Do note, HDR tops out on 2.7K at 30 fps recordings, so you can’t use the expanded color and contrast range with the camera’s maximum resolution and frame rate. It even supports slow-motion recording at up to 240 fps, although you’re limited to 1080p resolution at that frame rate.

As with DJI’s other consumer-grade camera products, it comes with an integrated three-axis motorized gimbal that can pan, tilt, and roll to compensate for any movements. It retains the same control accuracy (±0.005 degrees) and control speed (120 degrees per second) as its predecessor, so it should bring the same stabilization quality as the original. 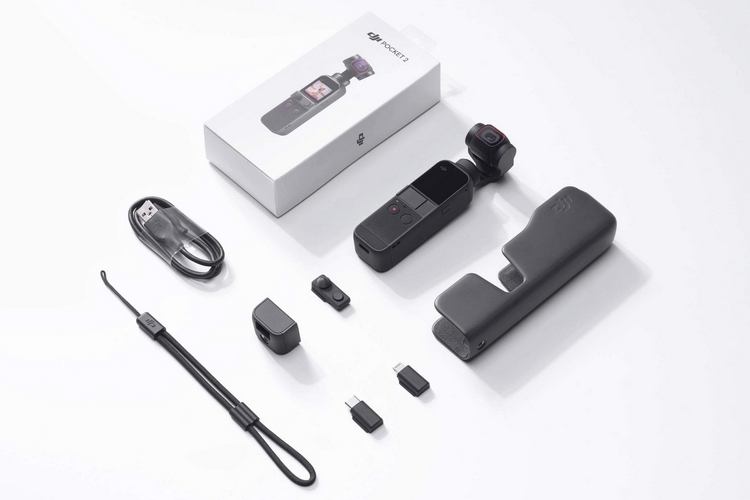 The DJI Pocket 2 doubles its microphone array, fitting the rig with a quartet of mics this time around. According to the outfit, this new setup allows it to adjust the audio pickup based on where the camera is facing, even going so far as to narrow the sound field when the camera zooms. Will this make the accompanying audio recording a lot better? We don’t know, but one can hope. In case it doesn’t quite capture the audio to your liking, there’s still the option of using wired and wireless mics, which the outfit offers as part of its roster of accessories. 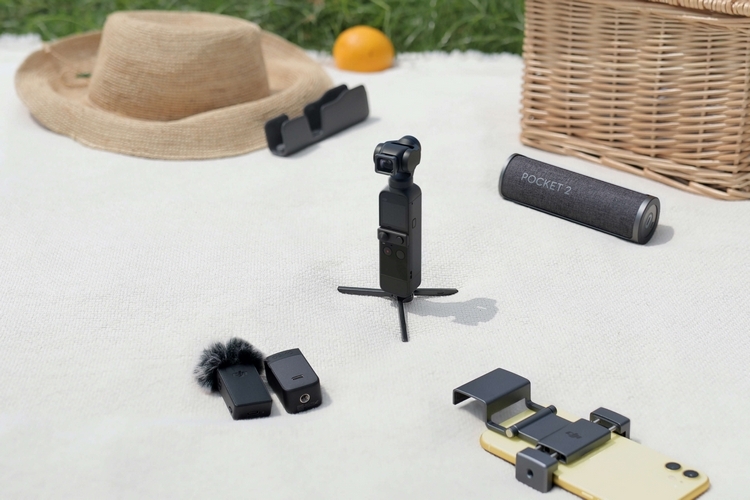 Speaking of accessories, they’re now a bigger part of the camera experience. The bottom section of the grip, for instance, can be removed and replaced with a longer handle, while a thumbstick control can be added for manually controlling the gimbal. They also offer a scroll wheel control, a phone clip (for attaching your phone to the grip), a waterproof case, a wide-angle lens, and a whole lot more. Other camera features include an 875 mAh battery (rated at 140 minutes of recording time), an SD card slot for storage, hybrid autofocus, an AI editor (via the companion app), and a variety of shooting modes (panorama, timelapse, and more).