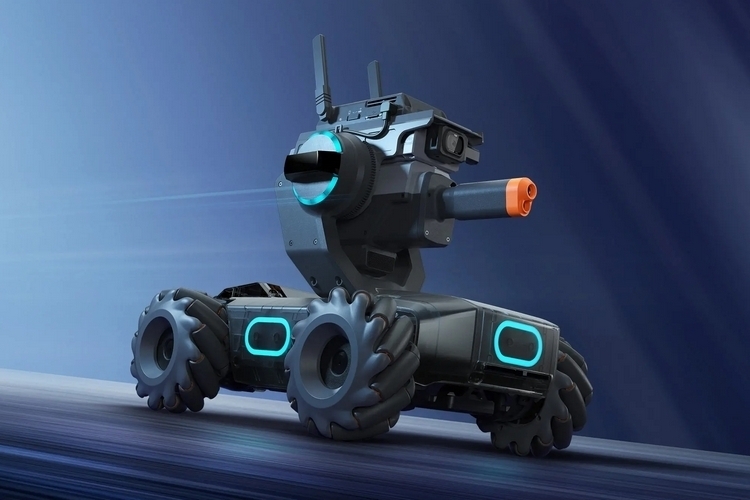 When DJI branched out to handheld cameras and, eventually, action cams, we weren’t surprised. They already did plenty of work on cameras that came preloaded in their drones, after all, so it was a logical tangent. The DJI Robomaster S1, though, is quite unexpected.

An educational robot, it’s a four-wheeled land drone that you can use as a starting point for exploring the world of robotics. Whether you’re looking to learn robotics fundamentals, create your own autonomous camera dolly, or build your own battlebot army, this thing should make for a capable platform to help you do just that. 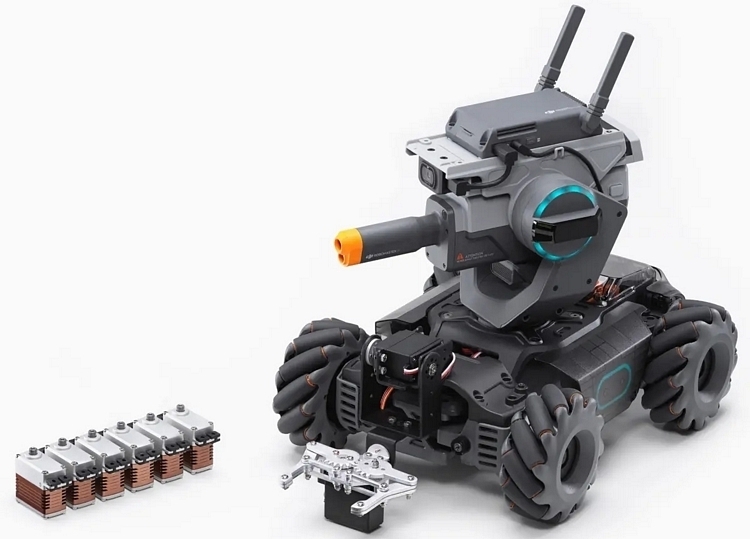 The DJI Robomaster S1 is powered by a 1000rpm brushless motor that’s fitted with all sorts of safety mechanisms, ensuring very little chance of incurring damage, so you can operate your robot to your heart’s content at all times. It boasts omnidirectional movements, allowing it to navigate any environment in a nimble and agile manner, so you can make it move forwards, backwards, sideways, and even rotate in place. As with the DJI’s drones, it’s equipped with an onboard camera, which can capture 5-megapixel stills (2560 x 1440) and 1080p video at 30fps, complete with a dual-axis mechanical gimbal that’s aided by a built-in direct drive brushless motor to provide smooth image capture and precision camera control. Suffice to say, you can use this the same way you use your drone’s camera, albeit from a totally opposite angle.

A remote controller with its own display is included, allowing you to see a 720p 30fps live view of everything in the robot’s field of view, so you can operate it much like you pilot one of DJI’s drones. According to the outfit, the controller also houses a powerful CPU that the robot uses for AI computing. Aside from the controller, it can also be controlled using apps, which are available for Windows, iOS, and Android. 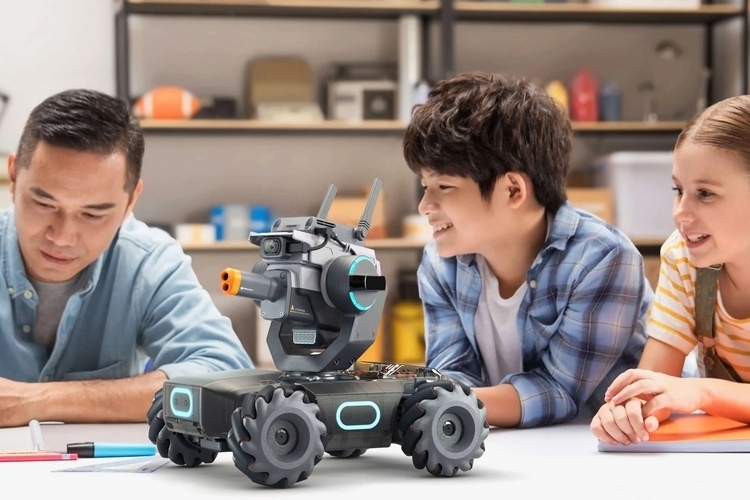 The DJI Robomaster S1 comes with both a blaster and a sensor-equipped armor, with the former able to shoot at enemies and the latter able to detect every time it’s hit with approved projectiles. It can shoot either gel beads or infrared beams, both of which can be detected and differentiated by the six hit sensors installed throughout its body, allowing you to use it as a virtual battlebot out of the box. All the AI technology found on DJI’s drones, naturally, make an appearance here, any of which you can use to program the robot to perform all sorts of autonomous tricks. According to the outfit, it can recognize lines on the ground, identify up to 44 vision markers, identify (and track) people, identify clapping sounds, recognize physical gestures, and even identify other S1 robots, allowing you to program it to perform all sorts of robot tricks without having to do heavy programming. 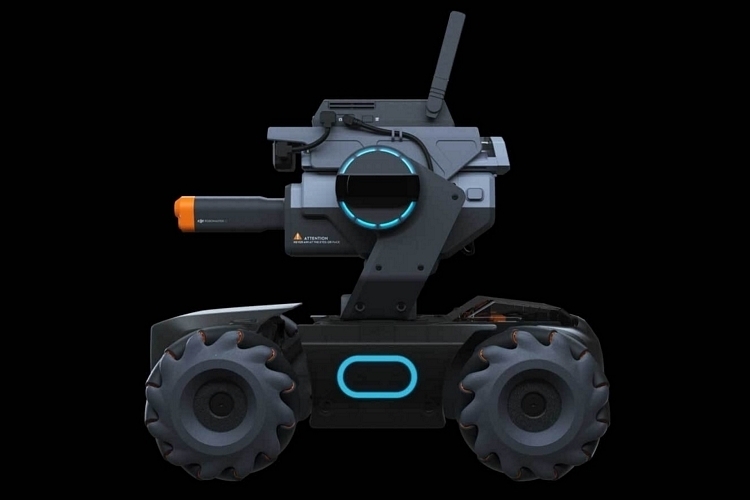 It supports Scratch 3.0 for younger users more comfortable with visual programming, although more advanced users can also use Python to write their own code for the robot. You can easily share any code you write with other users via the companion app.

Want one? The DJI Robomaster S1 is available now, priced at $499.