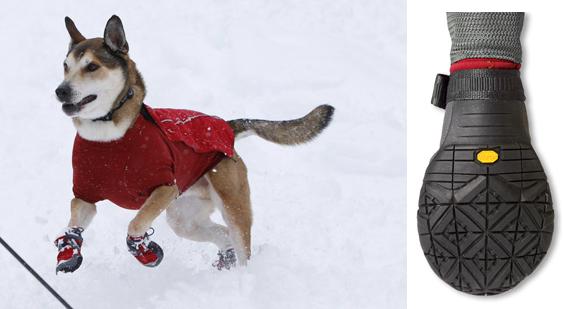 You don’t go out barefoot in the snow.  If your house-raised dog could talk, it’ll probably tell you they don’t roll like that either.  Save their paws from the freezing cold with these Bark’n Boots Polar Trex, a set of four dog boots that will get them warmth and traction over icy terrain.

Sure, those snow dogs in the movies run over freezing surfaces like it was nobody’s business.  But your dog’s a Chihuahua who sleeps in a pillow and gets fed vitamins.  We doubt they’re built for the same thing. 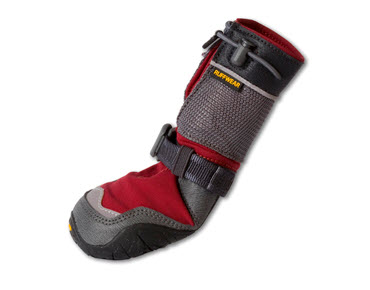 Just like regular human winter boots, the Bark’n Boots Polar Trex will help keep your mutt toasty and mobile, all while trekking over snow-covered roads.  Soles are ice-specific Vibram Ictrek sporting a lug pattern for really gripping onto snowy surfaces, while the shoe uppers are made from a three-layer, breathable laminated soft shell, ensuring extra warmth for their sensitive paws.

If you’ve put shoes on your dogs before, you’ve probably had them lose a footwear or two during longer walks.  That’s why they use a three-prong system here for ensuring it stays on — a cord loop closure, a cam buckle ankle strap and a grip cuff inside.  Oh yeah, the boots sport a reflective trim all the way around, just in case you’re jogging at night and the dog manages to wrangle itself out of your leash.

Dogs can’t talk, so we don’t know what they think about the shoes.  Reviews for the Bark’n Boots Polar Trex sound spankin’, though, so the owners seem to really like them.  They’re available now, priced at $89.95 a set.