Dogstar Is A Flashlight Bazooka 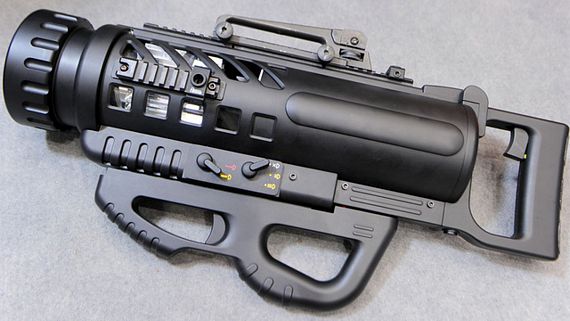 If flashlights were guns, your Olight Intimidator will be a pretty badass pistol. The Dogstar, though, will be the RPG launcher that blows away the dude with the badass pistol into a million bloody pieces.

No, that’s not a replica of a weapon from a sci-fi videogame.  Nor is it a Christmas toy for kids that makes alien spaceship sounds every time you pull the trigger.  Instead, it’s a super strong flashlight designed for super-strong illumination needs, like when you’re searching for gremlins deep in an expansive forest or when you want to see deep into a haunted cave before you venture further in. 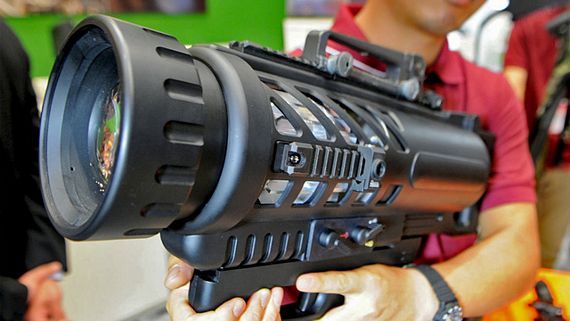 You can think of the Dogstar as a flashlight bazooka clad inside the body of a handheld cannon straight out of a science fiction movie.  Armed with LEDs that shoot a nasty 68,000 lumens, it throws on a brightness trail that’s equivalent to 30 times the output of a small tactical flashlight.  With that kind of light, of course, you’ll probably need to worry about heat, but it’s not necessary — every bit of electric power is converted into photons, so there  is no heat produced while using the searchlight.

Dimensions are 22.52 x 5.28 inches, with a weight of 9.04 pounds.  All that light, of course, is a serious drain, so the rechargeable battery can only operate the photon bazooka at maximum brightness for up to 80 minutes at a time.

While currently only a prototype, the Dogstar is actually planned for production and release at a later date.  Pricing is targeted at around $12,500.