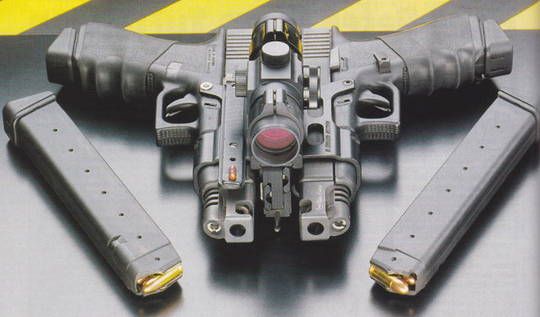 Holding your guns sideways is gangster.  Designing a gun with two barrels and two triggers that can only be held sideways, on the other hand, is just plain visionary.  That’s exactly what some dude did with the Doppelglock.

Meant to be used with two hands (one for each gun), the firearm literally uses a pair of Glock 18 (or maybe Glock 17) pistols joined at the top edge with a scope sitting in the middle (so you can, at least, guesstimate where the bullets are going).  It’s so awesome to look at, we can’t believe we haven’t found anything like this in a Quentin Tarantino movie or a Rockstar video game before! 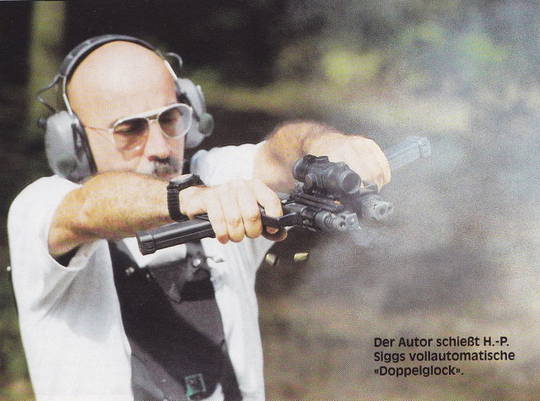 There aren’t much details available about the Doppelglock, other than some photos posted by a user named Casatic on Livejournal (which appear to have been scanned from a European magazine).  The double Glock build looks amazing, however, even if the body holster does border on hideous (not to mention, absolutely ridiculous). 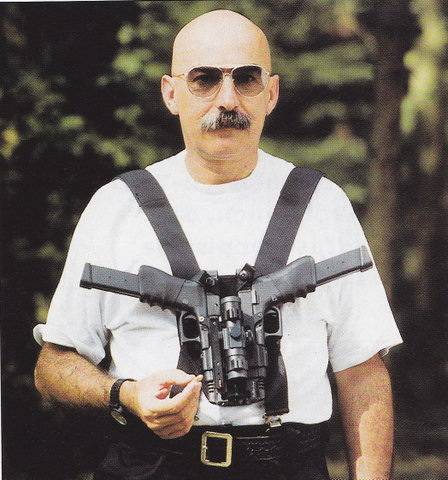 While having a guy with thick moustache, aviator shades and goofy posture firing the thing kind of destroys the moment, the gun is just so resplendent I only barely mind.  And, yes, my weekend will officially be spent duct-taping two Nerf pistols in an effort to replicate the damn thing.