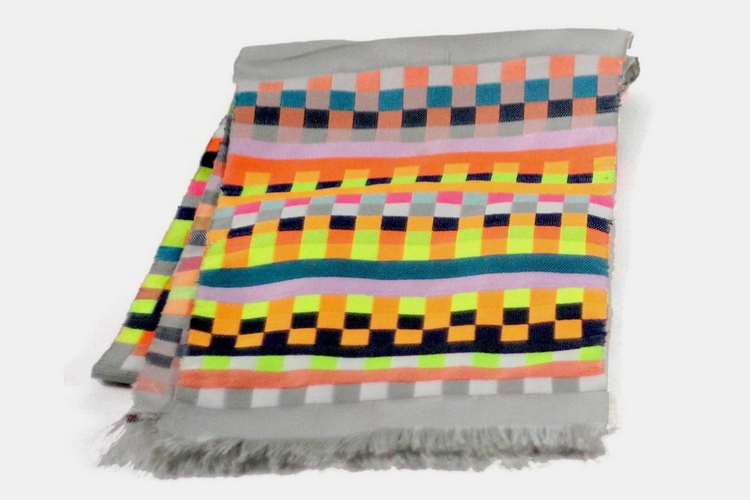 As the Human Genome Project showed us, humans are remarkably similar. So much so that 99.9 percent of everyone’s DNA is actually identical, leaving just that minuscule 0.1 percent of the genetic code to separate an individual from everybody else. While that’s obviously a very small percentage of your body’s overall make-up, it is enough to give you the physical features and personality traits that distinguish you from the rest of the world. Dot One’s DNA Scarf is a colorful graphical representation of those differences that you can wear to keep you warm during colder seasons.

A personalized scarf, it features a customized woven pattern that corresponds to that 0.1 percent of your DNA profile, essentially encapsulating what makes you unique in a colorful fabric pattern. They use an algorithm that reads the DNA profile and outputs the corresponding pattern, ensuring your design is as distinct as that small percentage of genetic code that defines your identifying qualities.

Each order of the Dot One Scarf includes a DNA test kit that you use to perform a cheek swab, which you then mail to the lab using the included pre-addressed envelope. The lab will take care of sending the results to Dot One, who then proceeds to create your personalized accessory, turning each numerical value in the profile into a corresponding color. Each scarf is made from 100 percent lambswool.

Granted, the Dot One DNA Scarf isn’t going to win any fashion awards. If you’re looking for something that’s genuinely unique with a built-in interesting story in tow, though, this thing should do the trick. It’s available now, priced at £310.