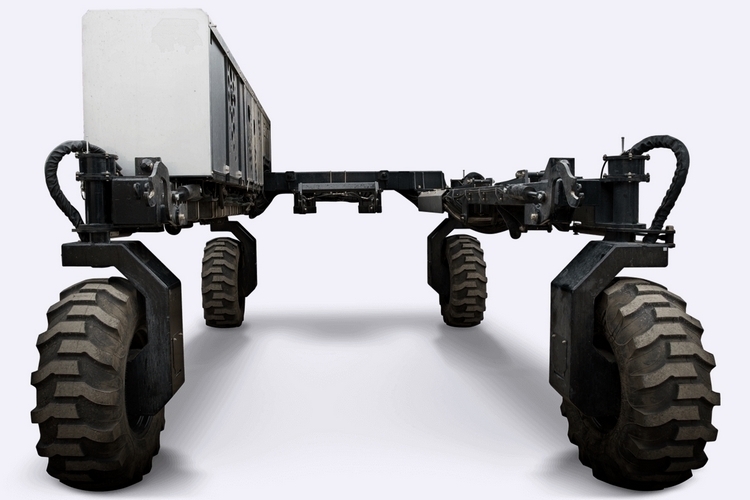 With autonomous passenger cars nearly a certainty for our future, it’s fair to assume other wheeled machines will follow suit. Like the tractors we use to seed, spray, and plow out in farms. Those machines are exactly what the DOT Power Platform is looking to replace.

An autonomous tractor platform, the machine is designed to take the place of all farm work currently accomplished using tractors, eliminating the need for a human driver while accomplishing the exact same tasks. Whether for plowing, tilling, disking, harrowing, planting, or any of the other things farm tractors are generally used for, this thing can serve as a capable robot replacement. 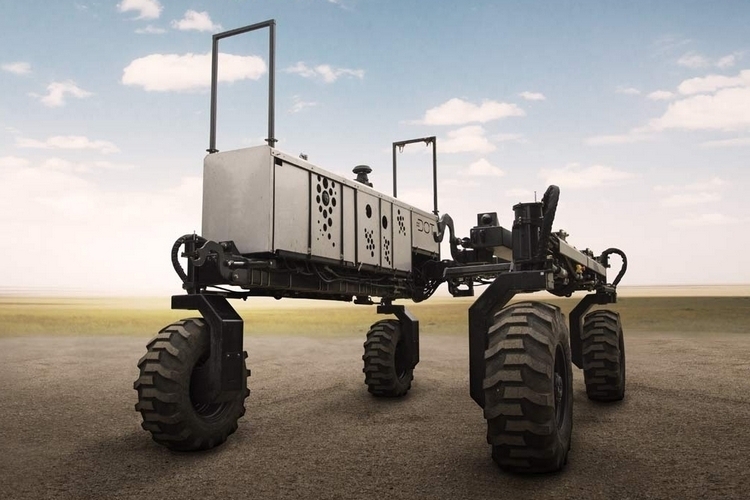 The DOT Power Platform is a barebones chassis, with four wheels and a mounted box on one side that houses everything it needs to operate. That includes a 163-horsepower Cummins 4.5-liter turbocharged diesel engine and a 285-liter fuel tank, as well as all the necessary sensors and computer systems that allow it to operate all by its lonesome. To implement further fuel savings, the engine doesn’t directly send power to the wheels. Instead, it drives four hydrostatic pumps, each of which then transfers the power to a hydraulic motor installed in each wheel. According to the outfit, this setup allows the vehicle to run at max speeds of just 12 mph, which may sound awfully slow, but could actually be perfect for carrying out various farming tasks.

The same engine, by the way, also powers a fifth hydrostatic pump, which can be attached to whatever implement you need to use for operation. Whether it’s a seeder, a sprayer, or some other farming tool that requires power, hooking it up to the pump should enable operation without any hassles. According to the outfit, they’ve identified over 100 farm implements that can be integrated with DOT, although, for now, the only ones they have on the operational prototype units are a 30-foot air seeder, a 60-foot sprayer with a 1,000-gallon tank, a 41-foot land roller, and a 500 bushel grain cart. And, yes, those offerings will be expanded the closer the product comes to wide release.

Do note, the DOT Power Platform isn’t smart enough that you can let it loose on any farm and have it working immediately. Instead, the farmer will first need to input a path plan for each field the machine will be working on, taking into account any sloughs, power poles, and obstacles it can encounter. Once that’s finished, though, you simply need to mount the implements and let it loose on the farm, with the onboard sensors and computer system taking care of updating the internal map based on what it encounters along the way. Farmers can monitor the machine’s operation via a Windows app (they supply a Windows Surface Pro along with the robot), as well as take over operation via remote control.

The DOT Power Platform is currently on limited release to select farms in Saskatchewan, as a way to test the product across different fields in the area. Availability will depend on the results of this limited release.