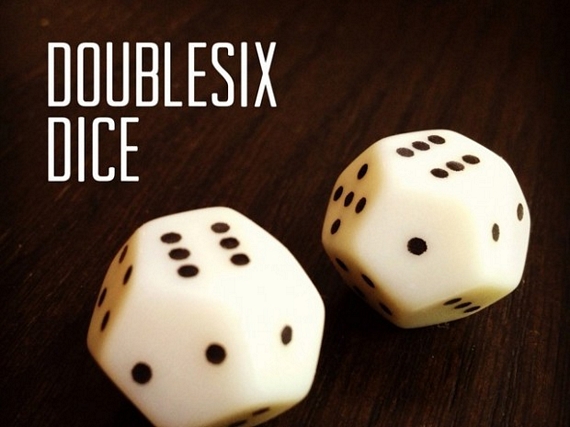 From children’s board games to casino craps tables to carnival hucksters, the traditional six-sided die is a constant and familiar presence. And it has largely gone unchanged, despite the fact that a cube is a horrible design for something intended to be rolled along a flat surface. The Doublesix Dice is an attempt to redesign the classic, offering the same odds for each number to turn up, all while rolling a lot easier over surfaces.

Instead of a cube, the dice takes on the much rounder shape of a dodecahedron, making it more suited for rolling freely on a surface. That way, you can just drop it nonchalantly to get a satisfying roll, making it a lot easier to use.

Like a regular dice, the Doublesix Dice comes with sides printed with 1 to 6 pips. Since there are 12 sides, however, each number appears twice, so the odds of one number turning up remains the same. Each die measures 19mm, with acrylic construction and a variety of colors (ivory, black, red, green). According to the product page, the design allows the dice to become more balanced, too, which should make it more difficult for even sleek dice rollers to control which side turns up.

The Doublesix Dice is currently collecting preorders on Kickstarter. Pledges to reserve a set of 12 starts at $10.

Check It Out via Technabob