Scientists Turned This Dragonfly Into A Remote-Controlled Cyborg Drone 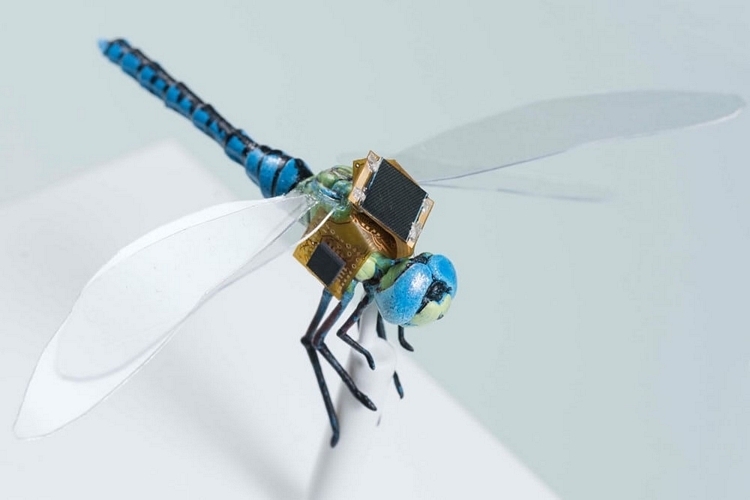 Remember that old engineering project that turned cockroaches into cyborgs that you can control using electrical impulses? Yeah, that was awesome. And kind of gross. In a new project called Dragonfleye, researchers are doing the same thing to dragonflies, turning the fast-flying insect into a cyborg drone you can pilot remotely.

Similar to the cockroach project, the dragonflies are fitted with a tiny backpack of electronic components that allow the researchers to communicate with the insects. In this case, however, the dragonflies have had their neurons genetically modified so that they are more sensitive to light, allowing the insects to be controlled using measured light pulses.

Dragonfleye is a collaboration between the Charles Stark Draper Laboratory and the Howard Hughes Medical Institute, with the former in charge of developing the backpack and the latter performing the genetic modifications and the succeeding experiments. Unlike the cockroach backpack from before which were non-invasive, these ones actually wrap optical fibers around the dragonfly’s nerve cords, allowing them to selectively target those neurons related to flight.

According to the researchers, using dragonflies in place of traditional drones can be advantageous, since they’re smaller, lighter, and way stealthier than anything else that’s manmade. We’re not entirely sure about the planned applications for these things, but we’ll hazard a guess it’s along the lines of whatever James Bond, GI Joe, and S.H.I.E.L.D. does when they’re on the clock.

Learn more about Dragonfleye from the link below.