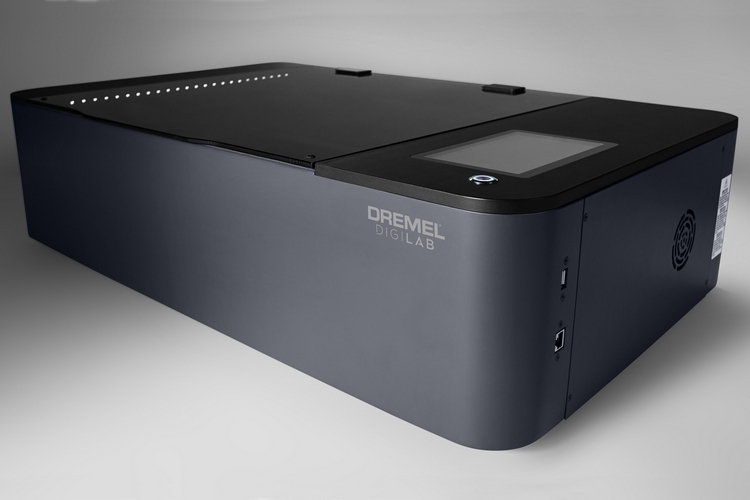 We were surprised to learn a short while back that Dremel, who’s quite well known for their hand tools and rotary tools, has actually been making a 3D printer. Apparently, they have even larger aspirations in the fabrication space as the outfit has introduced a new desktop contraption: the Dremel DigiLab.

A laser cutter, the digital fabrication tool can slice through wood, acrylic, and leather, all while performing engraving duties on tougher materials like glass and metal. Unlike many desktop systems that attempt to minimize footprint, this one just embraces its size unapologetically, taking a gobload of desk space. Simply put, this will probably need its own table, especially if you plan to use it with additional accessories that people typically use with laser cutters. 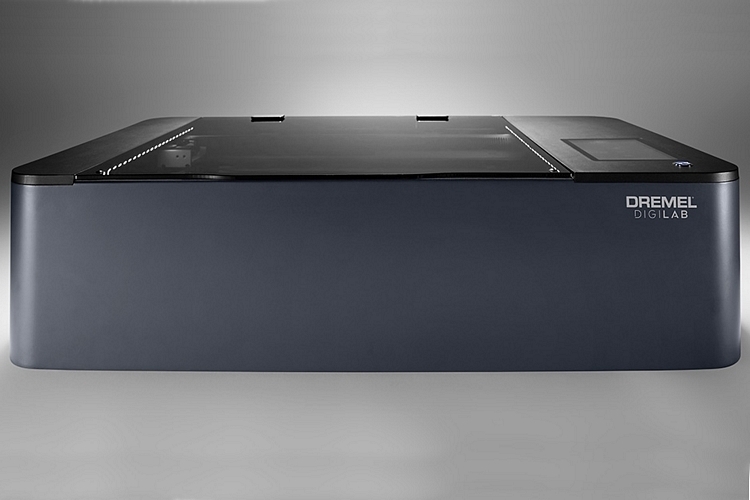 The Dremel DigiLab comes in a form factor similar to an old-school flatbed scanner, so it’s literally a wide and thick box. Because of the large dimensions, it has a fairly decent-sized work area measuring 20 x 12 inches, so you can fit sizable objects in there whether for cutting or engraving. Need to engrave something larger than that? Not a problem, as it comes with a removable floor that you can use to engrave a design on your bedroom door, your leather jacket, or the large wooden board you plan to use as signage for your new shop.

A small touchscreen at the top of the printer allows you to choose what cuts to make or designs to engrave, allowing you to use it as a standalone machine. Of course, it also comes with both Wi-Fi and an Ethernet slot, so you can access it from a PC for uploading new designs. There’s no special software necessary, too, since you can access the laser cutter’s software locally from a web browser. Additionally, there’s a USB slot for printing saved designs on external drives as well as a built-in camera that you can use to take pictures of any designs for importing and converting into a compatible model. It can even take pictures of hand-drawn illustrations, which you can convert using the integrated software. 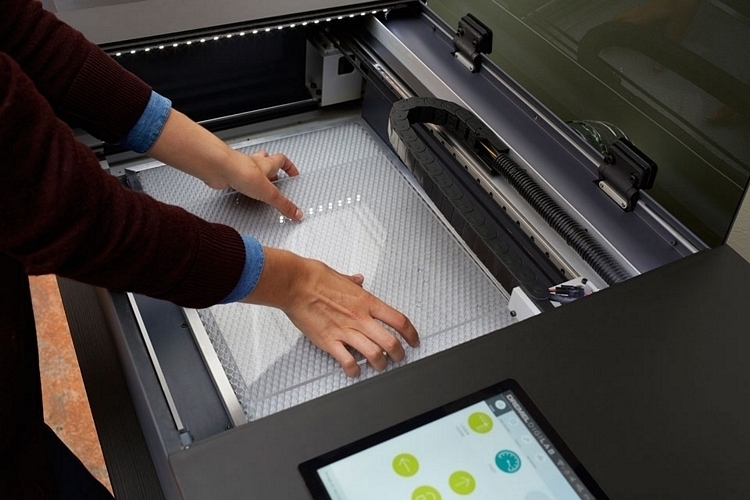 The Dremel DigiLabs uses a 40-watt laser, so this should slice through a whole lot of objects like a heated knife to butter. It can cleanly cut through wood up to 0.4 inches thick, as well as acrylic boards up to half an inch in thickness, so there are plenty of projects you’ll likely be able to use this in. Do note, the hardest material it can engrave is glass and anodized metal, with the engraving only going as deep as the anodized layer rather than the actual metal underneath. 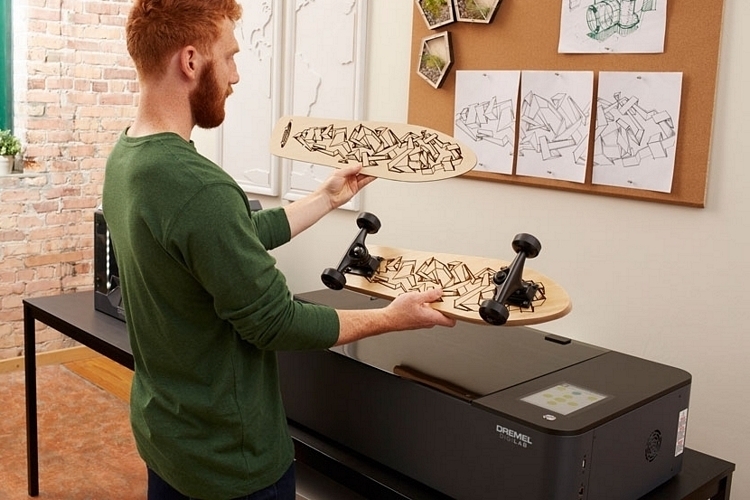 Since laser cutters will need a way to both cool down and get rid of the fumes, the device will come with an exhaust filter from Bofa as well as a separate cooling system that looks large enough to be a 3D printer. So, yeah, this thing will take up serious space. While it’s not explicitly mentioned anywhere, the laser cutter appears to be a slightly modified version of FSL’s Muse laser cutter, as they have the same size, build area, and general feature set.