If You Watch TV Before Bed, You Might Need The Drift Saffron To Avoid Sleepless Nights 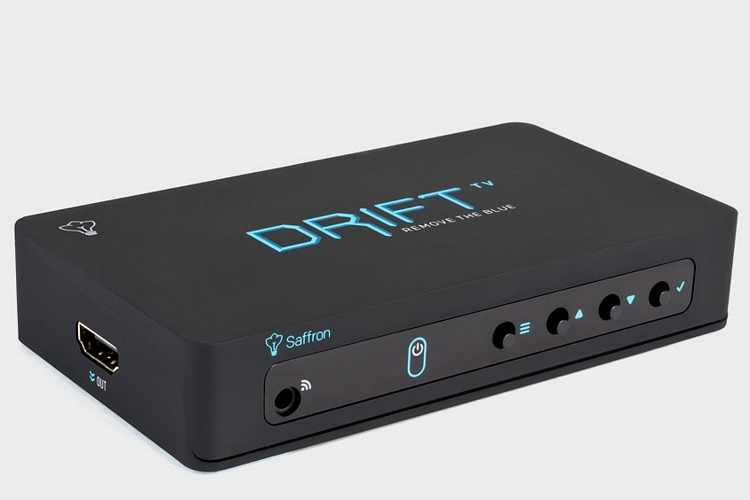 It’s been confirmed for a while that the blue light emitted from electronic displays messes with our melatonin production, making it difficult to get a good night’s sleep if you spent the last couple of hours watching TV or using a computer. If you must insist on staring at a display before sleep, though, it might be a good idea to hook it up to the Drift Saffron.

A black box that acts as a middleman between the TV/monitor and the AV source, it slowly and subtly removes the blue spectrum light from the display, eliminating the negative effect it has on your body’s natural melatonin. That way, you can squeeze in a couple episodes of Daredevil right before bed time without having it keep you up for the rest of the night. 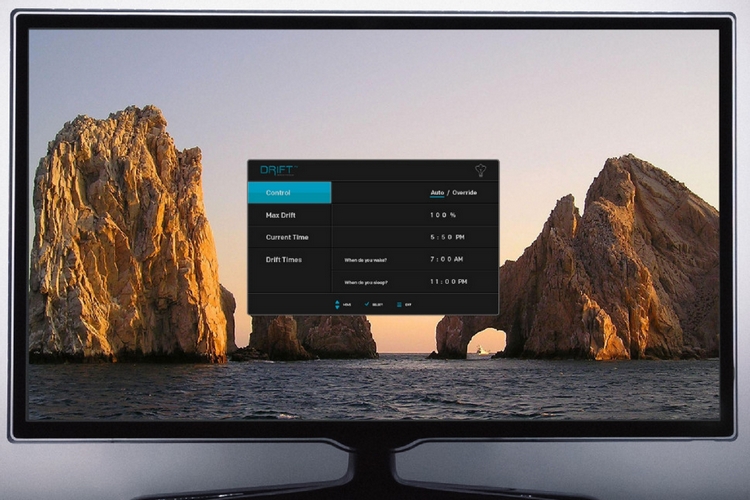 Rather than do it full time, the Drift Saffron will only begin removing the blue light one hour out from your specified bed time (you can set it from an onscreen menu). It also removes the blue light gradually over the course of an hour, so it won’t create a drastic effect on your viewing experience, complete with an option to set the percentage of blue light it will remove. Aside from connecting directly to an AV source, the box can also work with HDMI switches, so it should be fine even if you regularly switch between half a dozen sources. It supports resolution up to 4K, so it’s just as future-proof as the rest of your new AV gear, with the ability to work with universal remotes, so you can change settings without having to get out of the couch.

Scheduled to ship in December, the Drift Saffron is now available for preorder, priced at $99.