Learn To Drive A Tank Next Weekend 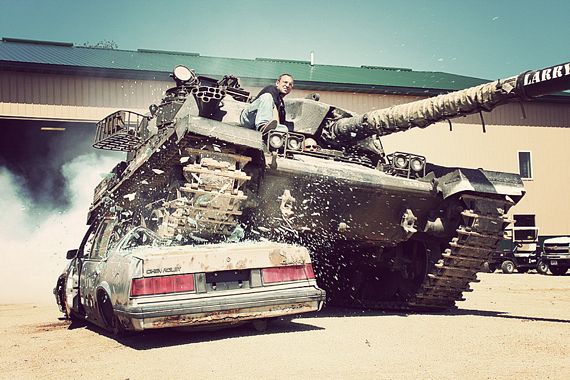 So long as you can load up the fuel it requires, a tank will be one of the most ideal vehicles you can have during post-apocalypse times.  It’s armored as heck for utmost protection, it can run over most other vehicles in its way, and you can load it with a literal gaggle of weapons.  Provided, of course, you actually know how to operate one.  If you think such knowledge will be priceless in your future survival, you may want to sign up for Drive A Tank.

A “tank-driving adventure” operated in Minessota, it lets participants gain some valuable experience driving tanks across a densely wooded course.  That way, you’ll actually have a shot at being able to take a tank home when you find it abandoned in the streets, instead of merely trying to loot it for parts and supplies. 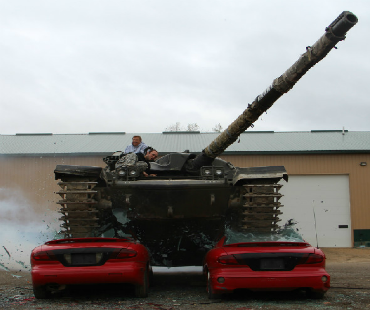 Unfortunately, you won’t be using modern armored tanks here.  Instead, these are decades-old British tanks once used by their armed forces (many of them from WWII era, so they’re a tad old), recommissioned for our modern recreational needs.  And no, you can’t fire the big gun sticking out in front — they had to be de-milled (i.e. basic parts for firing rounds have been removed) to comply with US government requirements.  Even without the gun, though, we doubt driving a tank will be any less fun.

Want to drive over cars like an armored monster truck?  That can be arranged. Driving a tank makes you want to shoot machine guns?  They have those, too.

If you’d like to spend a weekend driving tanks, shooting guns and generally parading around in different armored military vehicles, Drive A Tank sounds like a solid getaway.   Prices start at $399.