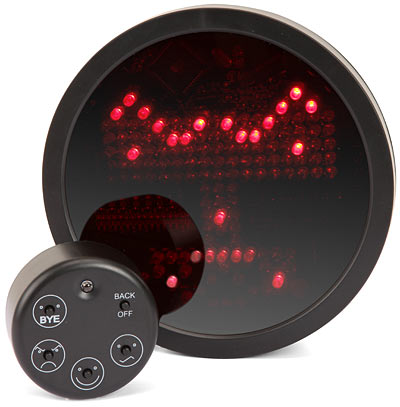 During a fit of road rage, seeing middle fingers flying left and right is nothing new.  Other than that obvious sign of adulation (apparently, it means “You’re number #1”), though, it’s hard to communicate what you really want to say while driving in a busy highway.

The Drivemocion LED Car Sign saves you from that inability, allowing you to send crystal-clear, unclouded messages to other drivers on the road.  Want to apologize for cutting someone inadvertently?  Choose the SORRY signal, which displays an excusatory face, followed by the actual word “sorry.”  Guy behind almost rear-ended you at the stoplight?   Tell him off by getting your machine to display “idiot SLOW down.”  Awesome. 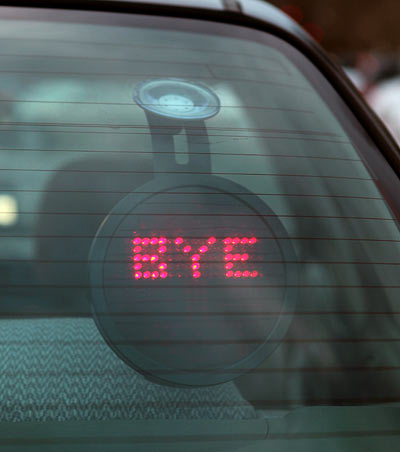 Designed to hang on your rear window using a suction cup, the Drivemocion comes with a total of 16 different expressions, running the gamut from friendly (like saying “Have a nice day”) to aggressive (such as showing an angry face, followed by “Idiot”).  You can set the display via a remote control console, which you can stick to the front windshield for easy access. 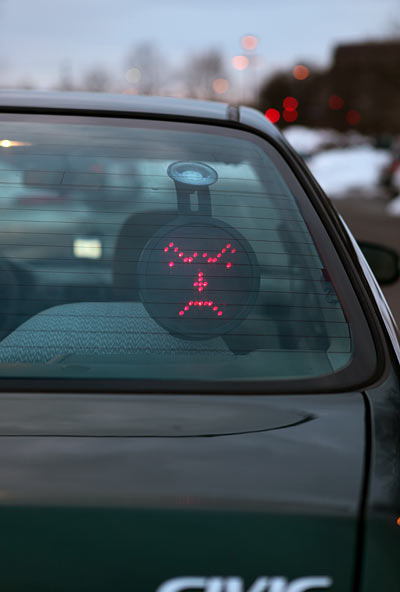 Finally, a way to let other drivers know what you would normally mutter to yourself inside the car.   No more screaming out the window or honking like a madman too.   Thinkgeek has the Drivemocion LED Car Sign for $30.  It uses four AA batteries, enough to last it an estimated four months.

By the way, this may not be legal in your city, so best check local laws before pissing motorists off.    We’re not saying not to use it (I mean, how can you resist?), just to be careful when traffic cops are patrolling the area.