Paladyne E1000MP Lets You Jam Drones Up To A Kilometer Away 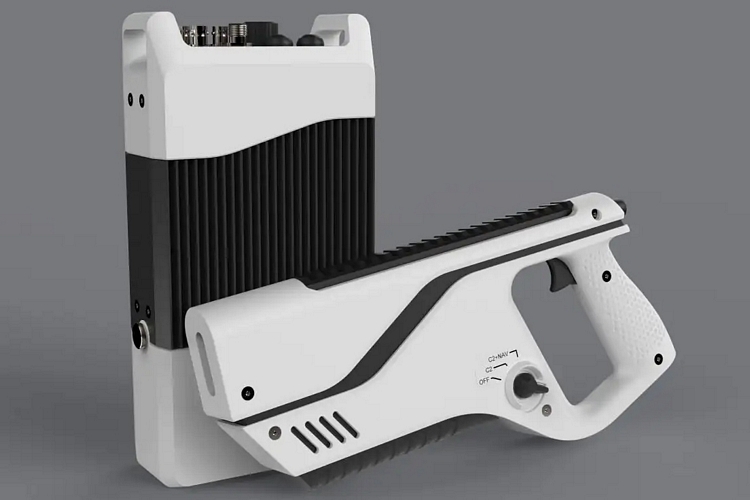 We love drones as much as the next guy. We love shooting aerial footage, we love racing them with each other, and we even enjoy just manually piloting them for our own amusement. Problem is, not everyone loves drones. In fact, some people may be wary of them, as drones can spy on your property, deliver suspicious payloads, and just serve as a general flying annoyance in the city. You know, like a pigeon with an onboard camera. That’s why drone-jamming blasters exist. And if you’re looking for something small enough to carry around while you hunt drones hovering in the vicinity, you may want to check out the Drone Defence Paladyne E1000MP.

A pistol-style drone jammer, the device is small enough to carry in one hand, while being light enough that you probably won’t mind walking around with this thing while you roam around a property. That way, you’ll be ready to pounce on a drone as it comes within your sights, as you can simply aim it at the target and pull the trigger to get the darn thing to go away. 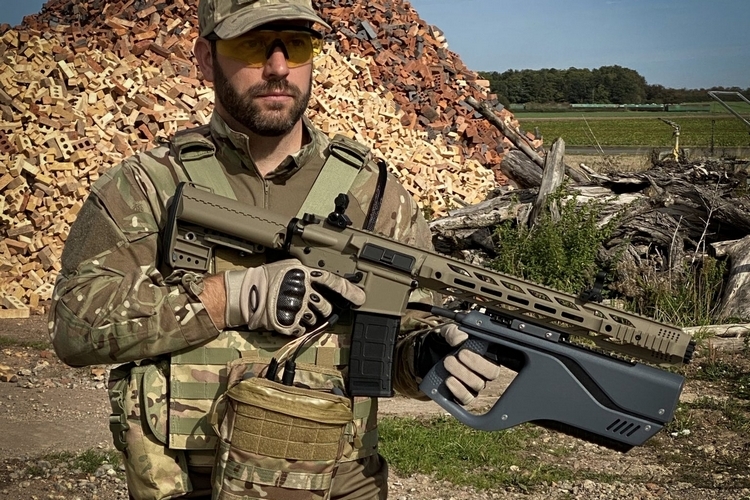 The Paladyne E1000MP comes in a pistol style that, honestly, looks a lot more like video game weapons than a real-world small arms you can get from the local sporting goods store. So yeah, people are more likely to think you’re carrying a toy blaster or, at worst, a newfangled Taser if they see you coming with this thing in hand. It weighs just 7.7 pounds, too, so it adds very little weight to your stash, making this a very portable tool for those times when you want to go around jamming drones in the park. We don’t advise that, by the way, unless you’re willing to put up with confrontations, fistfights, and potential appearances in your local small claims court.

It can send two types of signals: directional and omnidirectional. That means, you can target one specific drone in the sky or try to hit multiple drones in one go for those times you end up facing a swarm of them. 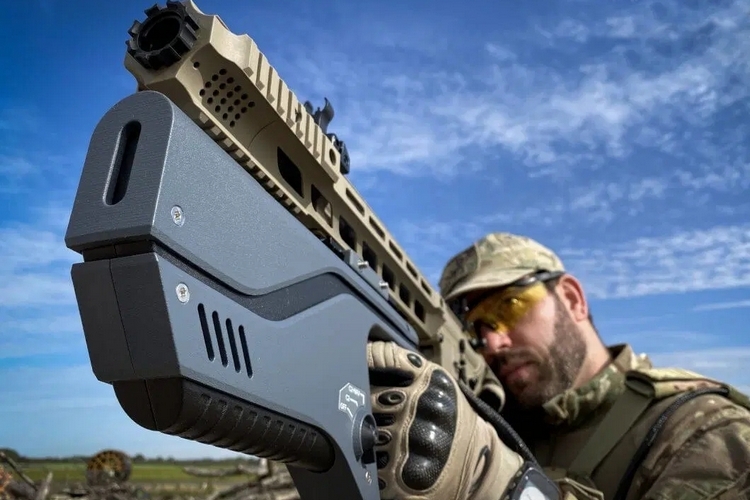 The Paladyne E1000MP can send out an electromagnetic signal at either GNSS L1, 2.4GHz, or 5.8GHz frequencies. That means, it can mimic the signals drones use for control communications, GPS communication, and video transmission. From what we can tell, sending those signals its way is meant to confuse the drone, which should cause it to either automatically land on the spot or fly back home, depending on its onboard programming. Whichever the case, you’ll be able to disable a drone pretty easily without actually destroying it, so owners who merely accidentally wandered into your private airspace can still recover their quadcopters without any damage. According to the outfit, the jammer can work at a range of up to 1 km (3,280 feet). 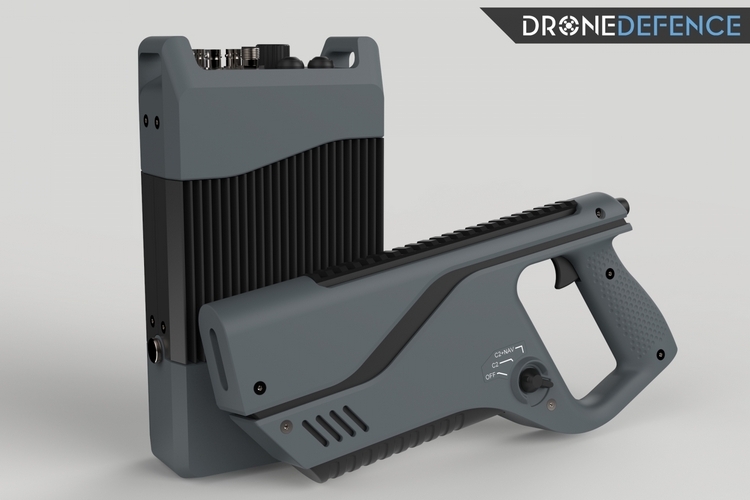 The jammer is IP65-rated for waterproofing, so you should be able to use this in most any weather where drones are able to fly freely. The onboard battery, by the way, can keep it running for two hours straight between charges, with a full charge requiring four hours of being plugged in. Since this will likely be used by armed security, they also added rails at the top that allow it to be mounted underneath a rifle’s barrel, so you can integrate it with your primary weapon.

You can learn more about the Paladyne E1000MP from the link below.