Watch This Drone Fly Without A Battery 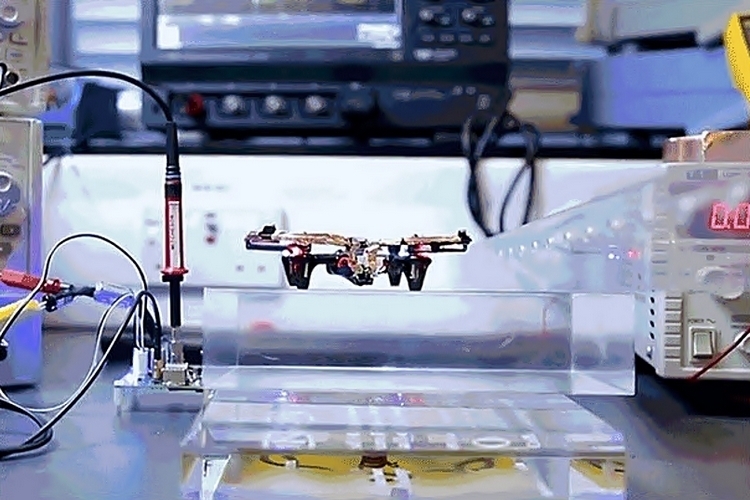 We’ve seen several demos of wireless power transfer before. With the technology at its infancy, though, the whole thing just feels underwhelming.  While this particular demo from Imperial College London doesn’t really depart much from the underwhelming norm, the fact that they’re wirelessly powering a flying drone sure makes the darn thing a whole lot more interesting.

While the utility of wireless power in the home can be put into real question (with current incarnations, it’s unnecessarily wasteful), it makes real sense with airborne vehicles notorious for their limited flight time. Instead of having to land your drone and swap batteries every 30 minutes, you can simply keep feeding it power from a distance, enabling potentially unlimited flight times.

Do note, the demo, which was created by Dr. Samer Aldhaldher, was merely a proof-of-concept, so they just flew a small drone without a battery for a very short distance to demonstrate the tech’s feasibility. Specifically, they flew it about five inches above the transmitter base while making minor side-to-side movements. Suffice to say, it’s going to take a lot more work to scale this to power a Phantom 4 miles up in the air, but it’s an exciting first step nonetheless. 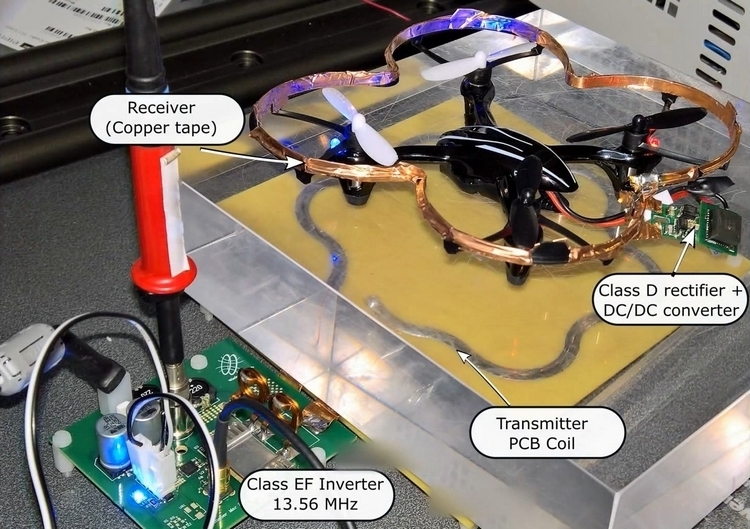 In the setup, the team built custom hardware for both the transmitter (a PCB coil) and the receiver (copper foil tape), with a 13.56 MHz Class EF inverter driving the transmission. That’s right, this thing deals in megahertz not kilohertz, so it’s dealing with a whole lot of power.

Learn more from the link below.