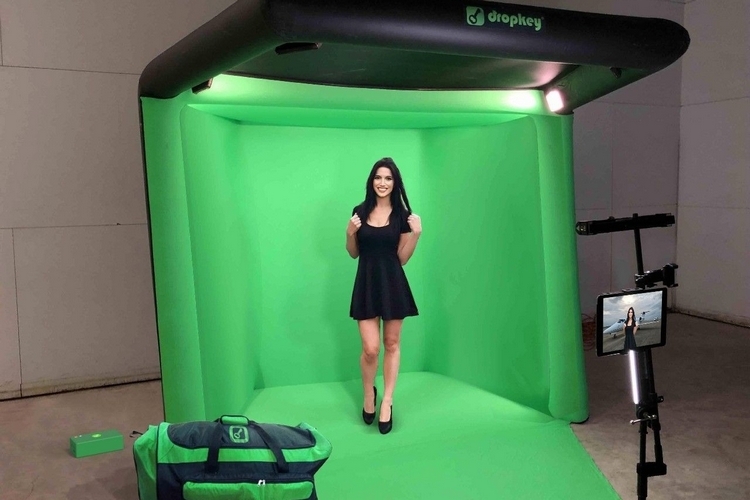 If you make videos, a green screen setup can add a good amount of versatility to the kind of content you can create.  Problem is, green screen setups are usually confined to a specific location (unless you’re wearing it), as setting it up can take time, especially if you want proper lighting in tow. The DropKey Pop-Up Studio is looking to change that.

Billed as “the world’s first inflatable green screen studio,” it’s a professional green screen setup with built-in lights and microphones that can deflate inside an included duffel, allowing you to easily transport it for setting up wherever you go. No need to drive back to your home studio to do a quick video – just keep this thing in the car and you’ll be ready to deploy a professional-looking platform at a moment’s notice. 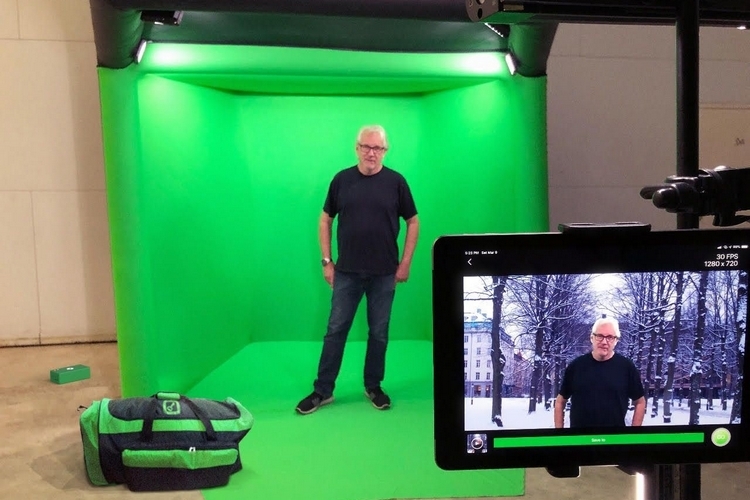 The DropKey Pop-Up Studio inflates to a large self-contained studio measuring 9 x 7.33 x 5 feet (width x height x depth), with a chroma key green surface covering the entire wall and floor. That size allows you to stand in the center of the frame with plenty of room to move, allowing you to act out with exaggerated gestures, walk a couple of steps back and forth, and even perform some dance moves while capturing everything within the green screen coverage area. Granted, while it’s big enough to fit three people inside, there won’t be much room for any of them to move, so we imagine this is best for those videos with only one individual (two at most) in the frame.

It comes with four 30W LED panel lights that can be attached to strategic sections of the studio once it’s inflated, making it easy to illuminate your shoot. For sound, the set includes two lavalier mics, with inputs integrated right on the studio, so you simply plug in to make sure your voice is heard on video. Basically, you’ve got green screen, lighting, and audio covered, taking care of the major components you will need to shoot professional footage. 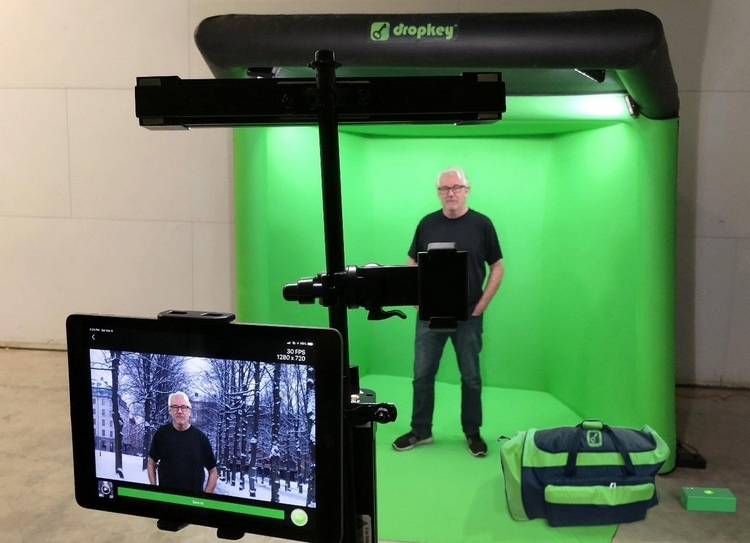 The DropKey Pop-Up Studio is designed to work with the DropKey app (iOS and Android), a mobile camera app that can do background replacement on-the-fly for both recordings and livestreaming. Aside from being used to shoot footage, the app can also be used to control each of the four lighting units and mix the audio from the microphones using an integrated 10-channel mixer feature, making it an all-in-one interface for managing your on-the-go setup. Each studio comes with an air compressor for inflating the rig and a travel bag sized to fit all the components once it’s collapsed for easy transport. 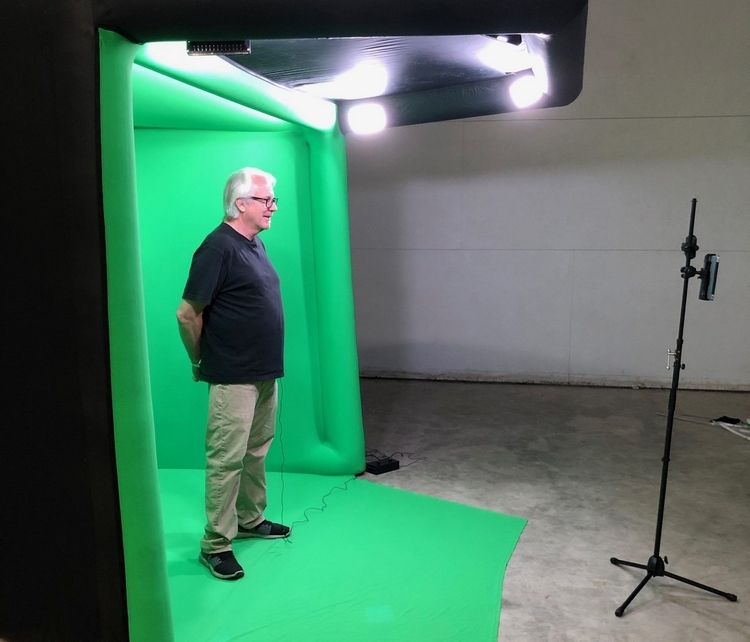 Want something even more professional? The Pro version of the studio comes with a controller box for even more granular control of the lights and audio, with additional inputs for any other gear you’re using. They also add an extra 40W LED panel light and two 36-inch 12-watt tube lights for even better illumination.

A Kickstarter campaign is currently running for the DropKey Pop-Up Studio. You can reserve a unit for pledges starting at $549.