DTV Shredder Is Like A Kick Scooter With Tank Treads 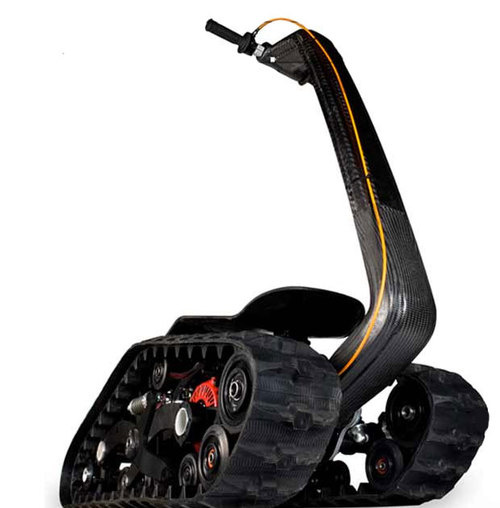 What would a kick scooter look like when it’s all grown up and ready for a war?  Maybe a lot like the DTV Shredder, a gnarly motorized vehicle for off-road surfaces that’s part skateboard, part scooter and part battle tank.

Created by Ben Gulag and his BPG Werks outfit, DTV stands for Dual-Track Vehicle, in reference to the pair of tank treads it uses to scale difficult terrain.  Drivers stand atop a traditional skateboard truck, which is connected to the onboard engine and driving mechanism. 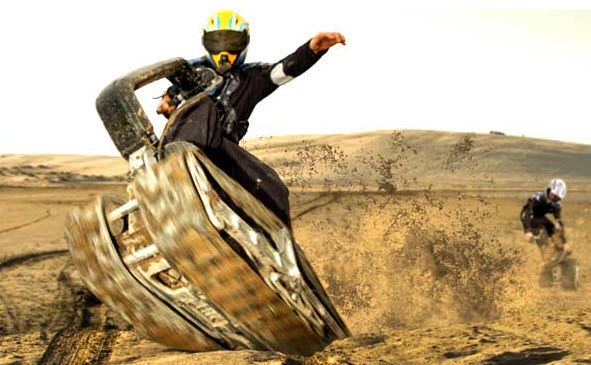 The DTV shredder is a single-passenger mobility vehicle with a top speed of 30 mph and a low center of gravity.  Designed for all terrain use, it can scale slopes up to 40 degrees and turn in four-feet circles, all without losing any of its brutish charm.  Even better, it can be operated remotely for use by your army of missile-toting, mass-murdering robots, making it perfect for mad scientists hatching evil plans at an underground volcano facility in their own secret island. 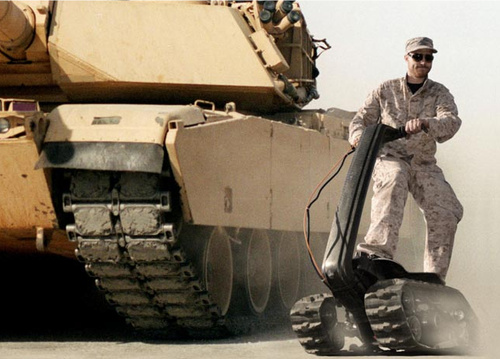 It’s fair to think of this solo transporter as the Segway‘s bad-ass cousin.  In fact, if that pioneering mobility vehicle looked this good, then more people might have actually taken the thing seriously.  Marketed to the military, it might be overkill for city use, although it won’t matter.  The iPhone was an overkill for a phone and it was awesome.

Presented at last month’s Military Vehicles conference in Detroit, the DTV Shredder still isn’t in production.  They are taking early orders, though, with a fully-refundable $250 getting you a reservation for one.