Every time a new R-model Ducati, which are as close to pure-breed race machines as we can ride on the road, is announced, we have to take notice.  And the Ducati 1199 Panigale R makes sure of that, looking every bit the badass crotch rocket that the king of Ducati’s stable of superbikes deserves to look like. 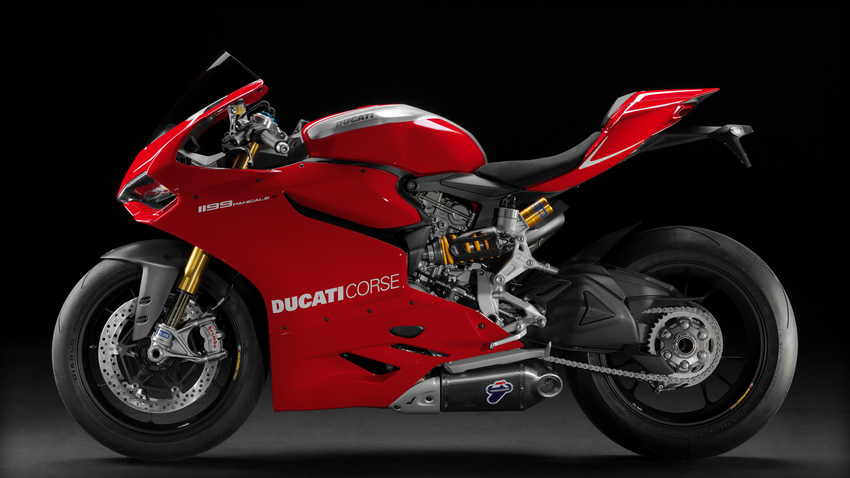 Equipped to qualify for the World Superbike races, the new model throws a bunch of racing upgrades to the original S model, turning it from a controlled beast to one that’s unabashedly unleashed.  While the upgrades elevate it to the heavyweight category, the actual heft is kept low (it’s Ducati’s lightest superbike ever), with help from titanium connecting rods, a lighter crankshaft flywheel and carbon fiber bodywork. 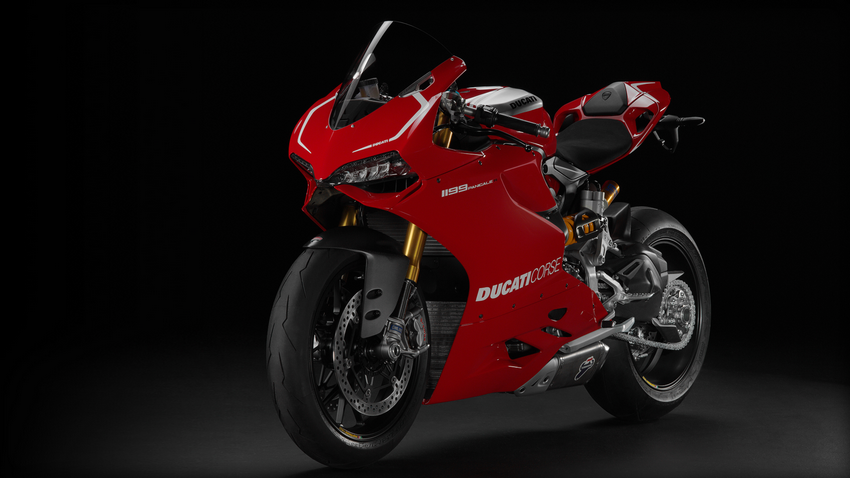 The Ducati 1199 Panigale R sports a livery inspired by the Ducati Corse, clad in the classic racing red color scheme with white highlights.  The L-twin cylinder engine gets DLC-coated rocker arms, revised engine mapping and a few other enhancements that result in a three percent increase in power, bringing it up to 200 horses and 12,000 rpm (500 more than other 1199 models).  Upgrades include a four-point adjustable swingarm pivot, a full Termignoni exhaust system, up-map key with dedicated ECU mapping, high-penetration racing screen, fairing mirror-caps, Ducati Electronic Suspension, a GPS-enhanced DDA for automatic lap times and circuit map-linked data.  For added protection (since, let’s be honest, you’ll be going wild on this thing), it comes with ABS, traction control and engine braking. 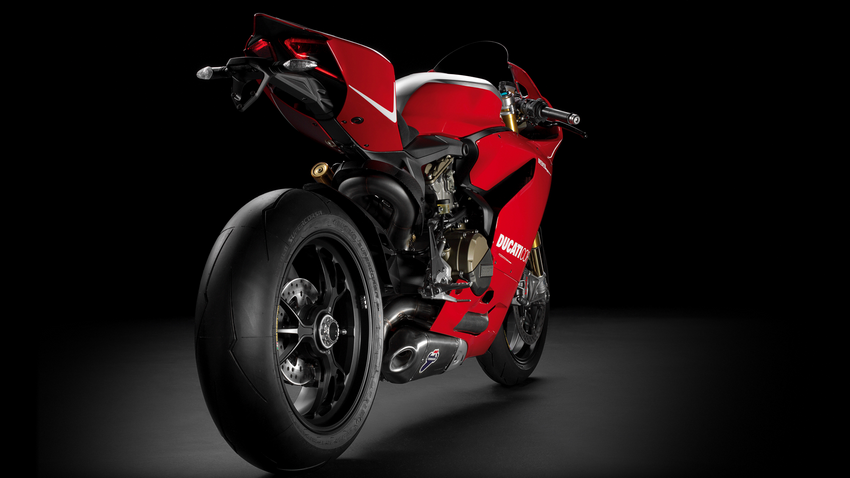