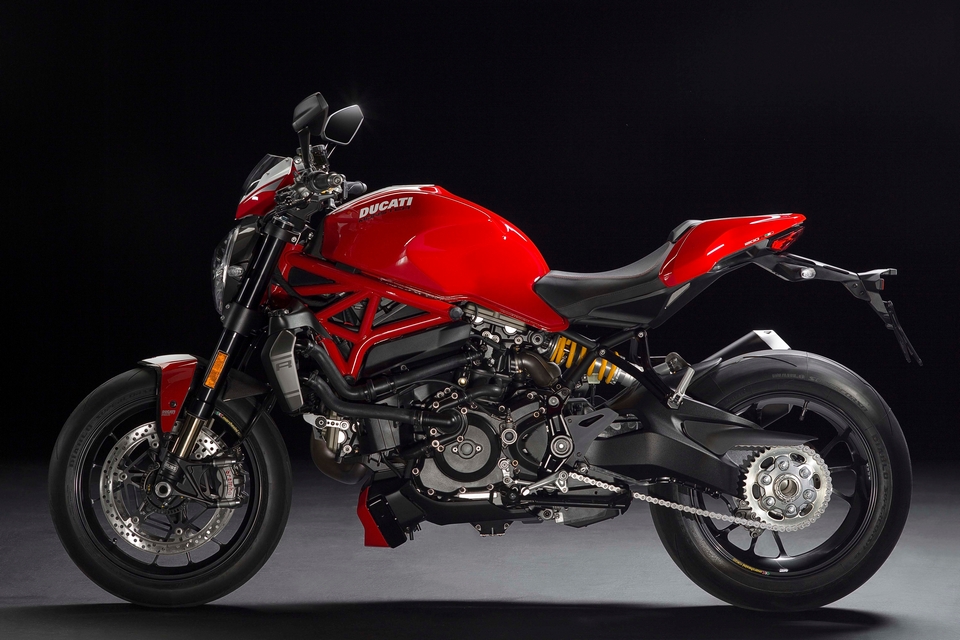 Take a new motorcycle frame, slap on some new parts, throw in a mix of 1299 Panigale and 1200 S components, and crown it with a redesigned Testastretta 11 engine. That’s, pretty much, the simplest way to describe the Ducati Monster 1200 R, the company’s latest motorcycle that, by the way, happens to be the most powerful naked Ducati yet. 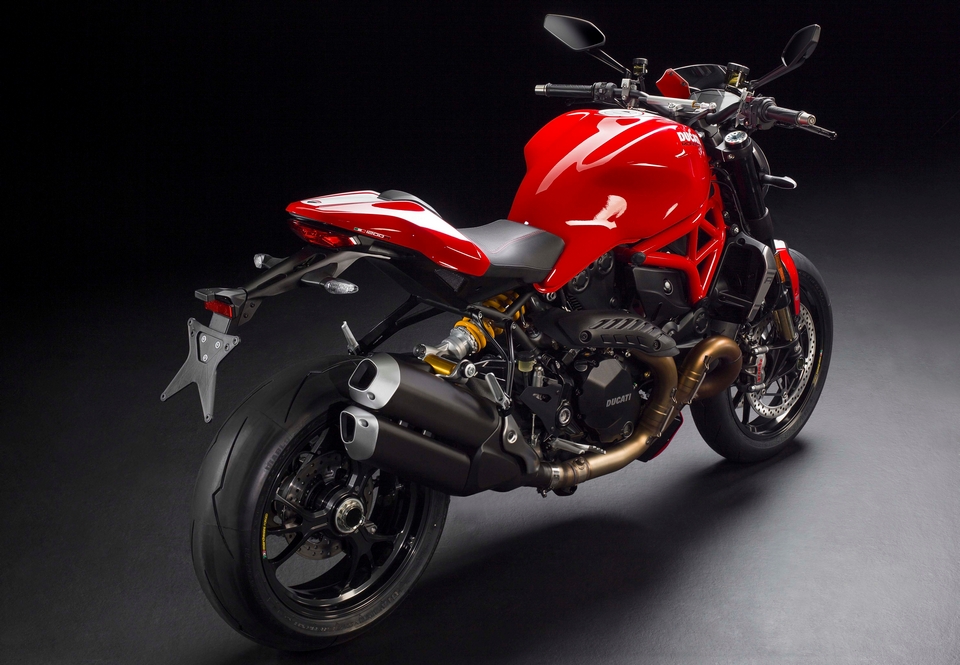 The Ducati Monster 1200 R boasts a racing-derived frame structure, with a chassis setup that’s been raised by 15 mm, enabling a lean angle of 50-degrees and ensuring your bike is track-ready right out of the showroom floor. It’s relatively lightweight for such a powerful bike, too, managing to hit the scales at just 456 pounds, which comes courtesy of forged wheels, a lighter tail piece, and an array of new carbon fiber parts. Both the fully-adjustable shocks and suspension are made by Öhlins, along with the steering damper and 48-mm titanium nitride-coated forks. Other features include radially-mounted Brembo Monobloc M50 brakes, flip-out rear foot pegs for those times you have a passenger onboard, a full TFT instrument panel, and the Ducati Safety Pack, which includes ABS, eight-level traction control, lift control, and three pre-set riding modes. 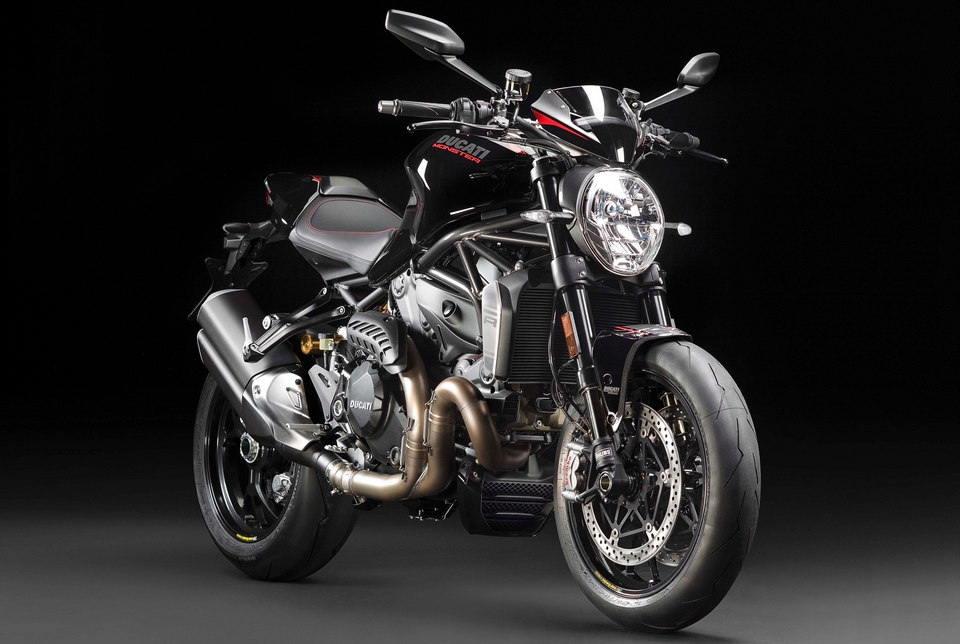 No pricing or release details yet, but the Ducati Monster 1200 R will come in two colors: the usual Ducati Red and a stark all-black model. 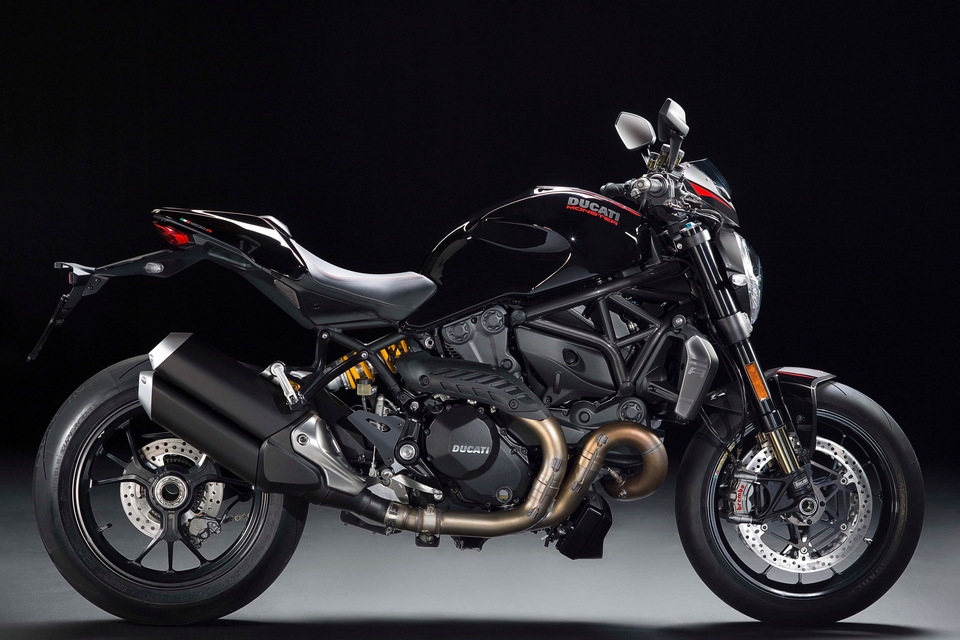