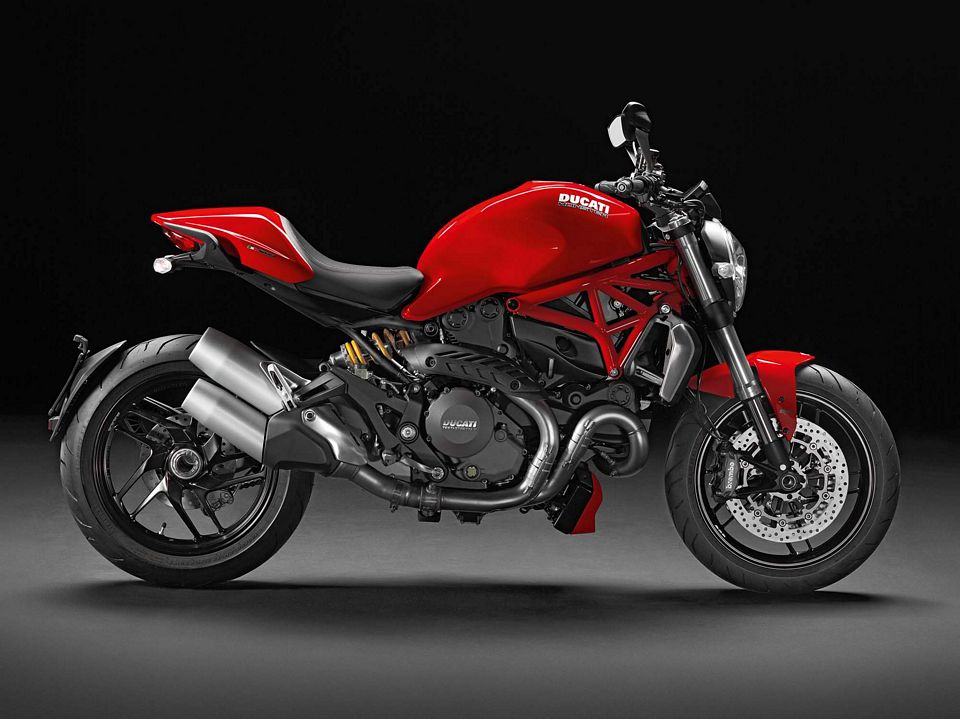 Ducati’s naked motorcycles, with their elemental simplicity and structural efficiency, have long been among the marque’s biggest-sellers, proving a favorite among fans and custom bike builders alike.   And we don’t expect that to change with the new Ducati Monster 1200.

The third-generation of Ducati’s naked motorcycle line, the bike is billed to “provide as much breath-taking fun” as your thirst for adventure can handle, all while bringing “versatility and modern relevance.”  Dressed in Ducati red with a red frame and black wheels, aesthetic stays true to the Monster line, but adds a fresh approach that makes it identifiable as the latest iteration of the bikes. 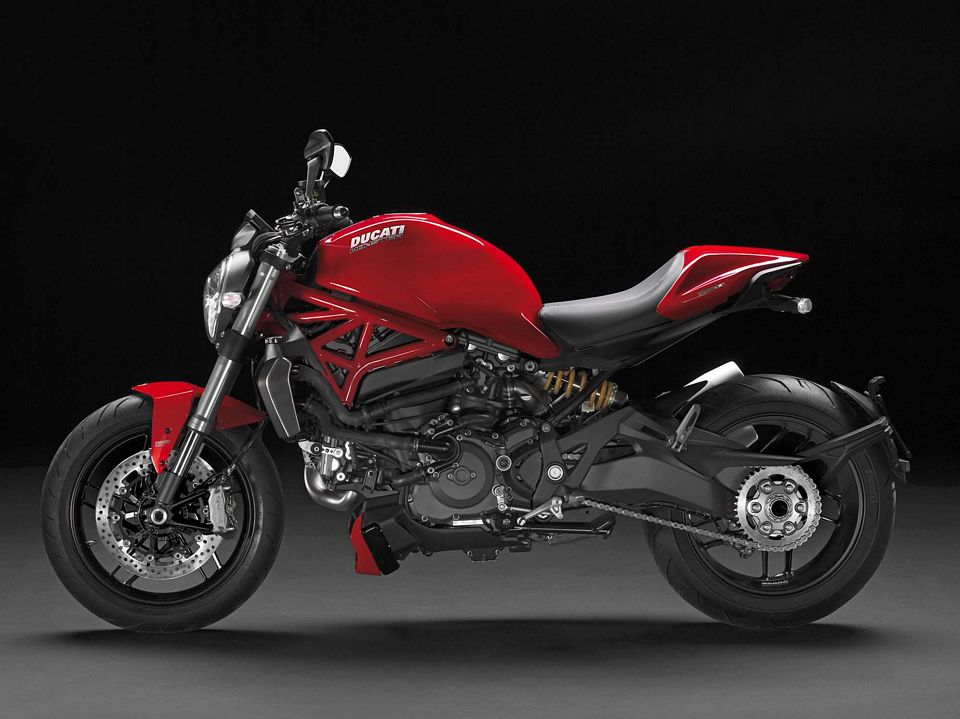 Instead of the air-cooled v-twin engine from its predecessor, the Ducati Monster 1200 runs on a water-cooled 1198 Testastretta 11° DS engine, which receives an enhanced set-up for power delivery in the mid-range.   The superbike-derived powertrain puts out 135 horsepower and 87 pound-feet of torque, with a single-side swing arm putting that power to the 401-pound motorcycle’s rear wheel.  It comes equipped with high-spec brakes and suspension, lightweight wheels, and an innovative adjustable height seat, along with advanced tech like 8-level traction control, 3-level ABS, and 3-level ride-by-wire on top of Ducati’s familiar button-accessible riding modes. 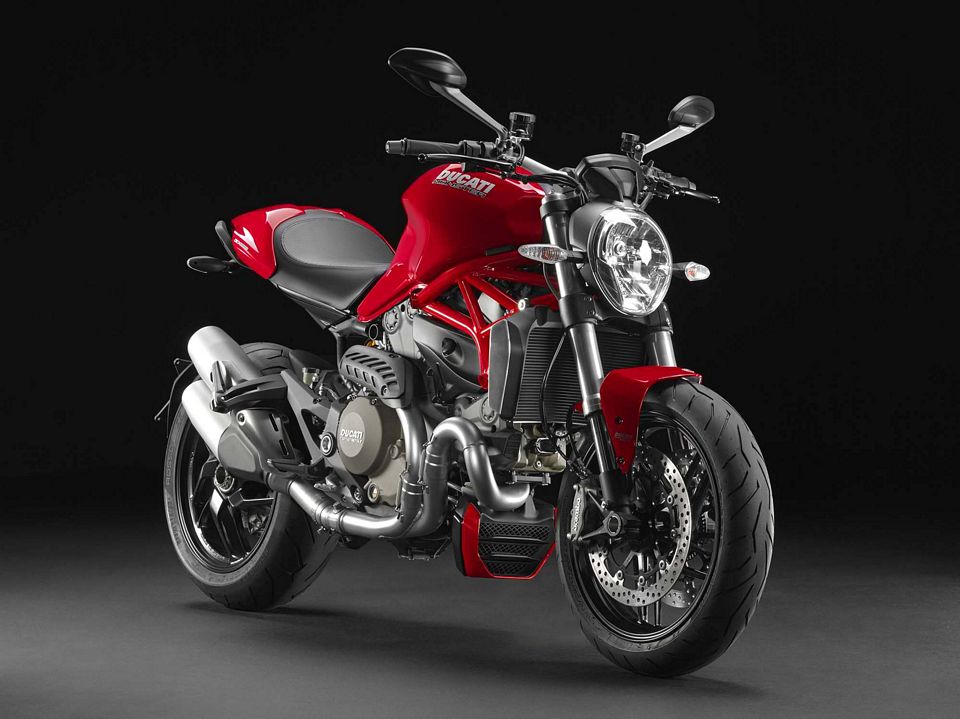 An exclusive S model armed with a performance package has also been introduced alongside the Monster 1200.  Engine has been bumped up to put out 145 horsepower and 92 pound-feet of torque, with race-derived Brembo brakes, Ohlins suspension, carbon front mudguard, machined rims, and optional white with bronze color scheme. 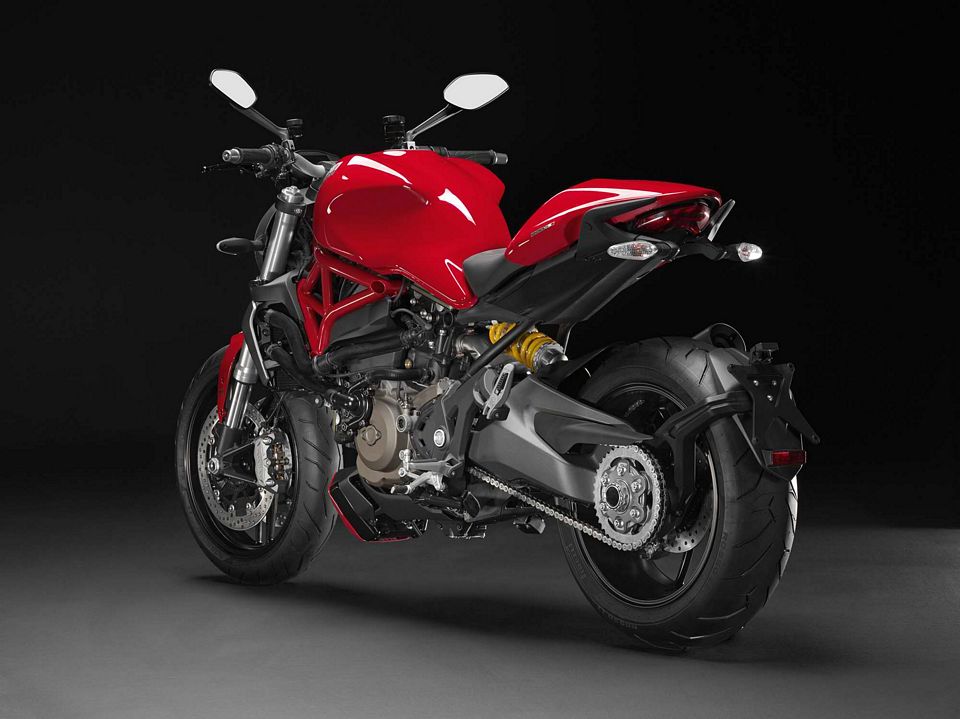