Duddha Rug Puts The Dude On Your Floor 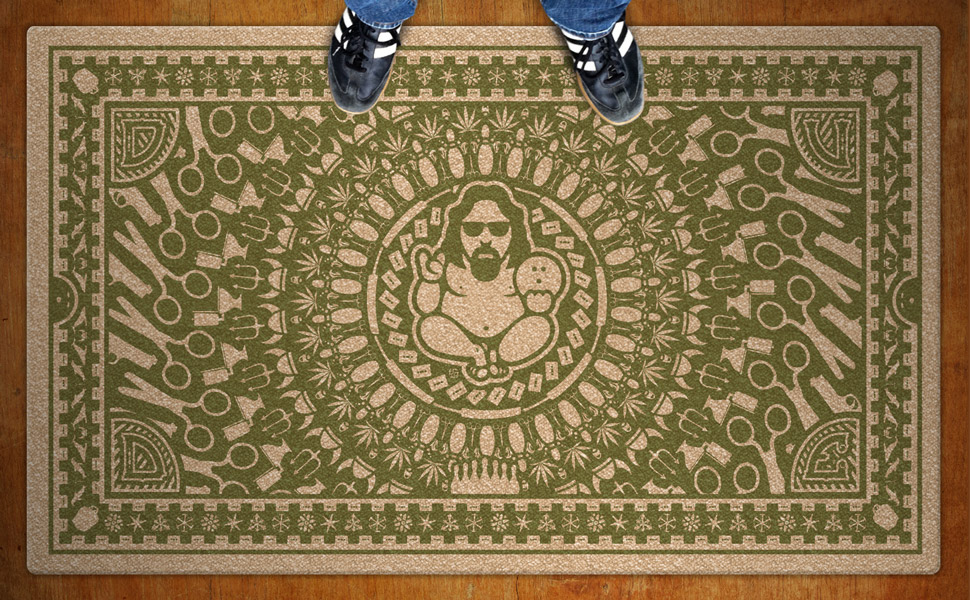 Having a Big Lebowski poster is nice and all.  For staunch fans of the cult classic, though, nothing should be a more fitting home memento than the Duddha Rug, a small indoor carpet with a print of The Dude striking his best Buddha pose.

If you remember the movie, The Dude’s stolen rug (and its succeeding replacement, which was also stolen) played a somewhat notable role in the story, which makes this all the cooler of a merchandise.  Just pray that thugs don’t walk into your house and steal it, though — we all know how The Dude invites excitement into your life that way.

The Duddha Rug measures 3 x 5 feet, with a rather elaborate graphic slathered right across it.   Naturally, the graphic features the Jeff Bridges character (as Buddha) right in the center, with a circular pattern of Dude-related objects surrounding him, including scissors, bowling pins, pot leaves, viking helmets, toilet bowls and guns.  The letters D-U-D-E sit in the four corners, framing the image.

Not taking a cue from The Dude’s magnificence, creator Bill Green isn’t giving away the originally-designed rug for free.  We’re not sure if you abide by that decision, but if you do, you can get one for $300.