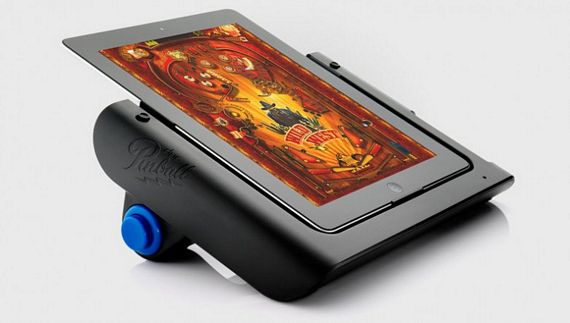 Playing pinball on an iPad is fun, but it’s nowhere near as fun as actually mashing real buttons with both hands wrapped around your Transformers Pinball Machine.  While the Duo Pinball iPad Controller doesn’t quite turn your tablet into a full-sized arcade box, it’s a heck of a lot closer to it than playing with a naked slate.

Made by Duo Games, the accessory acts as a miniature pinball cabinet, holding your iPad at a reclined angle, while set down on a table.  So you can grab on to it like arcade cabinets, it features thick sides, along with physical buttons for your flippers and a spring-loaded plunger to create a realistic feel. 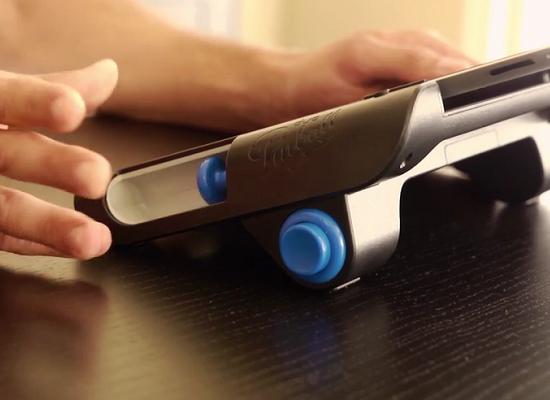 The Duo Pinball iPad Controller pairs with your tablet via Bluetooth, so there are no docks or connectors to bother with.  Not only do the buttons make gameplay feel a lot more authentic, the game will respond to bumps and tilts of the cabinet, effectively emulating the reactions a real pinball machine will make responding to your brute strength.  Using it is easy, too — just slot the iPad in its place, pair it with the contraption over Bluetooth and start mashing like its literally 1989.

The gaming accessory is compatible with all generations of the iPad, as well as several iPhones and iPod Touches, although a  smaller display will look ridiculous slotted into this thing.  Unfortunately , it only supports a short list of games.  Then again, it’s pinball, so how many games do you really need?

You can get the Duo Pinball iPad Controller now, priced at $59.99.