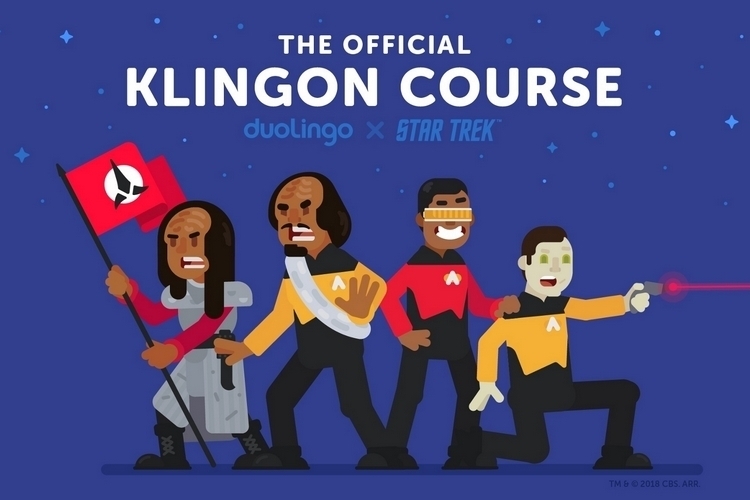 If you’re a Star Trek fan, chances are, learning Klingon is one of those on your bucket list. We mean, how big of a fan can you be if you spend an entire life without learning how to speak fictional extraterrestrial language? Well, now’s your chance with the introduction of the Duolingo Klingon Course.

That’s right, the popular language learning service is now offering a full course on the made-up alien tongue, giving you a chance to cross that entry on learning Klingon out of your bucket list. Given the reputation of Duolingo’s courses, chances are, this will really help you get a grip on the language, provided you’re willing to put in the right amount of effort and time.

The Duolingo Klingon Course is officially-licensed from CBS, so you get the full blessing of Worf, Martok, and General Chang, among all the other Klingons that appeared on the TV shows and movies over the years. Like many of the outfit’s recent language courses, it was developed using the Duolingo Incubator, which means, a carefully-vetted set of Klingon-fluent volunteers were responsible for putting the course together. Sadly, there’s no word on whether any actual Klingons were involved in the process, although the course design was led by a man named Felix Malmenbeck, who may or may not be an actual Klingon (just kidding, he’s actually Swedish).

According to Duolingo, it took a while to get the course ready for a variety reasons. For one, it’s not that easy to find fluent Klingon speakers (there isn’t exactly a country full of them), much less ones willing to volunteer their available free time to put a course together. Klingon also had some peculiar quirks that it didn’t quite share with other languages that required them to make adjustments in the system. Specifically, they had serious trouble with the use of apostrophes within words in the language, as well as its case sensitivity, where the meaning of words changed depending on capitalization.

As with other Duolingo courses, the Klingon Course requires a minimum time investment of just five minutes a day, with game-like lessons and interactive exercises that should make the process feel a lot less like a chore. Of course, you can put in more time if you’re looking to pick up the language much faster, such as when there’s a convention coming up and you’d like to impress some of the people you encounter. And, yes, it’s available from both the web interface and the mobile apps, so you can start a lesson in your computer at home and continue it on your phone during the commute to work.

While a course in a fictional language sounds kind of absurd, it’s not even the first time the company has created one. Last year, the company released a course for High Valyrian, the language of the nobility of Essos and Westeros in Game of Thrones. Klingon is also one of the most highly-anticipated languages from the service, with 170,000 people signing up on the waitlist prior to its launch.

Hit the link below to take the course.